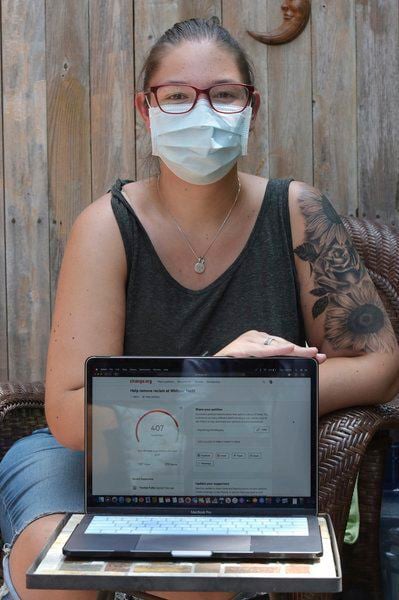 TIM JEAN/Staff photoAmanda Matthes said she was inspired to start the petition after seeing a racist online video involving students from her former school. 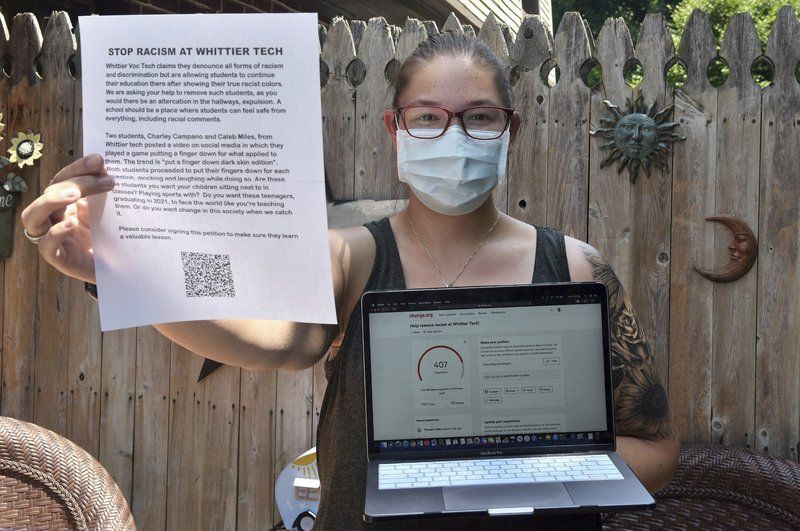 TIM JEAN/Staff photoAmanda Matthes of Haverhill shows a copy of the online petition she started to stop racism at Whittier Regional High School.

TIM JEAN/Staff photoAmanda Matthes said she was inspired to start the petition after seeing a racist online video involving students from her former school.

TIM JEAN/Staff photoAmanda Matthes of Haverhill shows a copy of the online petition she started to stop racism at Whittier Regional High School.

HAVERHILL — When 2017 Whittier Regional High graduate Amanda Matthes saw the racially insensitive "Put a Finger Down" video created by Whittier students surface on social media, she knew she had to speak out.

Matthes, who is white and lives in Haverhill, said she was angry that the school did not take immediate action to expel the students involved when the video first appeared two weeks ago.

"I saw the video posted online and decided that Whittier has gone through this for long enough and started the petition," said Matthes, referring to a Change.org petition she created on July 30 after seeing the video the day before. "If you're posting these things on social media, what are you saying to people in their face? Are you treating a person who is white the same way that you'd treat a person of color?"

So far, 430 supporters have signed the petition that seeks to "help remove racism at Whittier Tech" and expel the students who made the video, Matthes said. She said she emailed her plea to Whittier Superintendent Maureen Lynch, Principal Chris Laganas and members of the School Committee, but has not yet received any responses.

Matthes said that while the video was originally posted to TikTok, it was also cross-posted to Facebook, the social media platform where Matthes believes it went viral. TikTok is a user-generated video-sharing site where anyone can upload short videos of themselves lip syncing, dancing or talking. Various hashtags offer popular trending content on a daily basis, allowing users to browse and interact with other users' content to increase their popularity and ranking on the site.

The students who participated in the video, a boy and a girl, will be seniors at Whittier in the fall. Matthes said.

Lynch refused to name the students who appear in the video or say what year they are in at Whittier. She did say, as she had when the video first came out, that the school has a zero-tolerance policy against racism in any form.

"We take all issues of racism and racial inequality that we receive with the utmost seriousness and will continue to do so," Lynch said. "The TikTok incident is something we are taking seriously and the issue is being addressed in line with our policies and procedures."

Lynch said the high school's history program will be revamped this fall to have two consecutive class periods instead of one in order to roll out a broader curriculum "that places a heavy emphasis on diversity."

Matthes, however, said she hopes more can be done to show the school community that racism should not be tolerated.

"If Whittier has a zero-tolerance policy, these students should be expelled. There's no reason why they can't finish their education at Haverhill High or Pentucket," Matthes said.

Matthes said the students involved should face the same penalty — expulsion — as students who participate in a fight at school or other unacceptable behavior.

"A school should be a place where students can feel safe from everything, including racial comments," Matthes said. "Their educators should be helping them, not passing it off because it is summer."