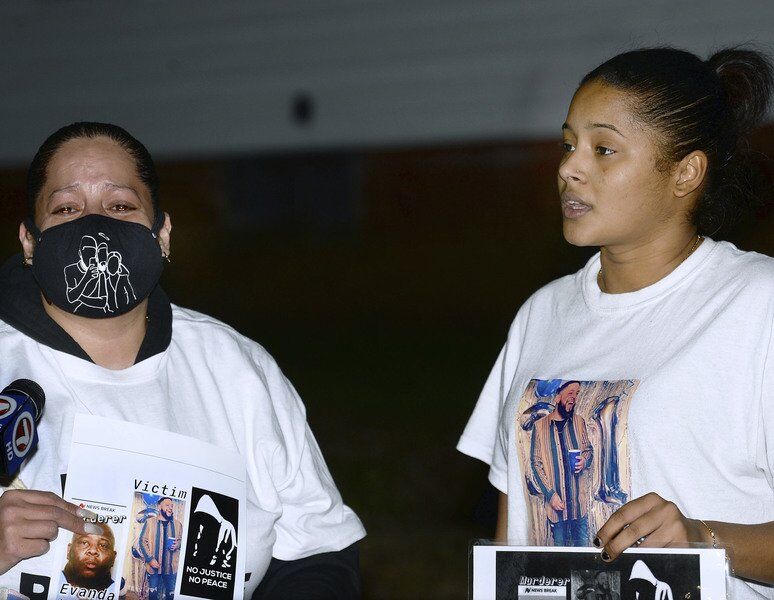 Maria Rivera, left, mother of Izayah Cruz, and his girlfriend, Claritza Castillo, talk about him during a vigil in his memory Thursday night in Haverhill. 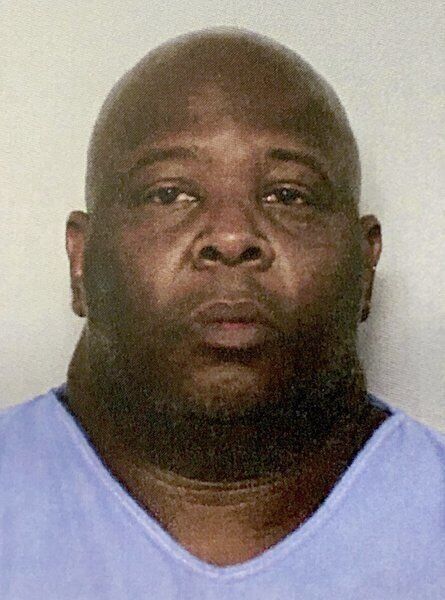 Maria Rivera, left, mother of Izayah Cruz, and his girlfriend, Claritza Castillo, talk about him during a vigil in his memory Thursday night in Haverhill.

HAVERHILL — The wife of a man accused of murder was granted harassment protection orders against two women she said began harassing her after a grand jury cleared her husband of the crime.

At a hearing Monday in Haverhill District Court, Judge Patricia Dowling extended an emergency harassment prevention order that had been granted to Christie Jackson on Sunday night and was set to expire Monday afternoon.

According to court documents, the order was issued because the hearing determined there was "substantial likelihood of immediate danger of harassment" to Jackson.

In September, Jackson's husband, Evanda Jackson, 47, was charged with stabbing 21-year-old Izayah Cruz to death. Jackson was cleared of the murder charge, however, after an Essex County grand jury failed to indict him for the crime. He was released from Middleton Jail last week.

The harassment protection order, which the judge has extended to Nov. 19, requires that Maria Rivera, 42, of 10 North St., Apt. 2, stay at least 100 yards away from Christie Jackson, who lives at 10 Kimball St. Rivera is the mother of Izayah Cruz. The order also requires that Claritza Castillo, 22, of 8 Kimball St., stay at least 25 yards away from Jackson, who lives next door. Castillo is the woman Cruz was walking to her 8 Kimball St. home the night he was killed.

The order also requires that both women avoid "harming, threatening, or attempting to harm" Christie Jackson physically or place her in fear of physical harm. They must not contact Jackson in person, by phone, in writing, electronically or through someone else, although they are allowed to forward documents to Jackson as requested by the court.

Rivera and Jackson took part in a Zoom meeting with the judge Monday, but Castillo was absent. All three women are expected to participate in a court hearing on the matter Nov. 19.

Carrie Kimball, spokeswoman for District Attorney Jonathan Blodgett, said the grand jury returned a "no bill" on charges against Jackson last week. Grand jury proceedings are conducted in secret and testimony is not made public.

"When a person is arrested for a felony, they are arraigned in district court but the case must be presented to a Grand Jury to determine if there is sufficient evidence to charge a person with the crime they are accused of," Kimball said. "A 'no bill' means that they did not find enough evidence to charge."

In the case against Jackson, people on the grand jury were asked to consider first degree murder, second degree murder and manslaughter charges, but they returned "no bills'' on all three, Kimball said.

"There is no longer any reason for him to be held,'' Kimball said.

Last Thursday night, just hours after Jackson was released from jail, friends and family of Cruz held a vigil in the Acre neighborhood on the spot where the stabbing occurred — just outside Jackson's home. People close to Cruz searched for answers from both neighbors and Haverhill police officers who monitored the vigil.

"I don't trust the system. There's something wrong here. I need help to get justice for my son. He didn't deserve this," Maria Rivera said through tears as her son's friends chanted "No justice, no peace" and yelled profanity at 10 Kimball St. where Evanda Jackson lives with his wife and two young children.

Rivera has said she hopes neighbors come forward with security footage from the Sept. 1 incident that led to her son's death or speak out against what she said is Jackson's violent past.

Rivera has created an online petition through Change.org that she plans to present to Gov. Charlie Baker. As of Nov. 9, 789 people had signed the petition titled "Justice for Izayah Cruz." In the petition, Rivera asks that Jackson be indicted for "his horrible acts of numerous crimes."

According to a police report from the night of Cruz’s death, Jackson admitted he used a knife he carried in his waistband “for self defense” to stab Cruz in the chest after an altercation in front of Castillo’s home.

According to a police report, Cruz dropped off Castillo at her home between 3 and 4 a.m. When they arrived at her home, she noticed her neighbor — later identified as Jackson — drinking Fireball whiskey outside with a friend, the report said. She told police Jackson appeared to be intoxicated, the report said.

Castillo told police Jackson approached the couple and offered her alcohol, but she did not accept it and felt disrespected by his actions, according to the report. When she and Cruz were walking toward her home, Jackson pushed Cruz, the report said. Once she was inside her home, Castillo looked outside and saw Jackson push Cruz again, according to the report. Cruz was eventually able to get into his car and leave, the report said.

Cruz arrived home minutes later, according to his brother Elijah Cruz, and asked Elijah to come back to Kimball Street with him to confront Jackson and the other man, the police report said.

Elijah Cruz is quoted in the report as saying Jackson “became enraged” when the brothers returned to Kimball Street. When Izayah Cruz got out of his car to confront Jackson, Jackson pulled out a knife and stabbed him once in the chest, according to the report. Jackson said he used a knife he regularly carries for self defense, and said the passenger in the car was holding an “elongated weapon” and yelling that Jackson was “messing with the wrong gang,’’ according to the police report. In his interview with police, Elijah said he had a red metal wheel lock device with him and began banging it on the ground in an effort to get Jackson and the man with him to back up, according to the police report.

Jackson said he had a small knife in his waistband as the men faced each other, and when Jackson went to reach for the knife, Izayah punched him in the mouth, according to the report.

Jackson said he then pulled out the knife and stabbed Izayah once in the chest, according to the report. Elijah told police that when Jackson approached his brother, he said something “to the effect of ‘I told you .... what would happen,’” according to the report. The Cruz brothers then drove away and Izayah bled to death as they tried to get to a hospital.

After the stabbing, Jackson told investigators he went back inside his home, had a cigarette, used a paper towel to wipe blood off the knife and went to bed, the report said. After police found out about the death, officers went to the scene of the stabbing. When Jackson’s wife saw the officers outside, she encouraged him to tell them what happened, according to the report. He went outside and talked to them, which led to his arrest.

Jackson was employed at Anna Jaques Hospital as a sterile technician at the time of his arrest, though hospital officials said they suspended him from his job after the stabbing. Jackson and his wife have two children, ages 9 and 11.

Court officials said Jackson was previously accused of possessing a sawed-off shotgun and domestic assault in Virginia, among other offenses. Jackson was also involved in an incident in December 2017 in Salisbury where he drove his car into another man. Although that case was later continued without a finding for a year, Jackson was ordered to attend and complete an anger management course.