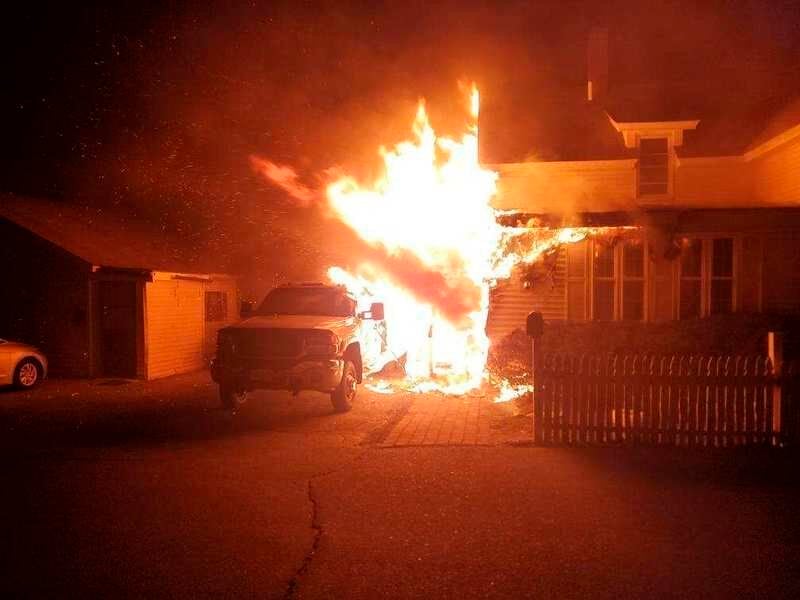 Courtesy photoSteve Burl and his family who rented this Derry home said they are grateful for financial support from the community after losing nearly all their belongings to a fire, shown here ripping through the building. They are now diverting donations to another family that suffered a tragedy the same night. 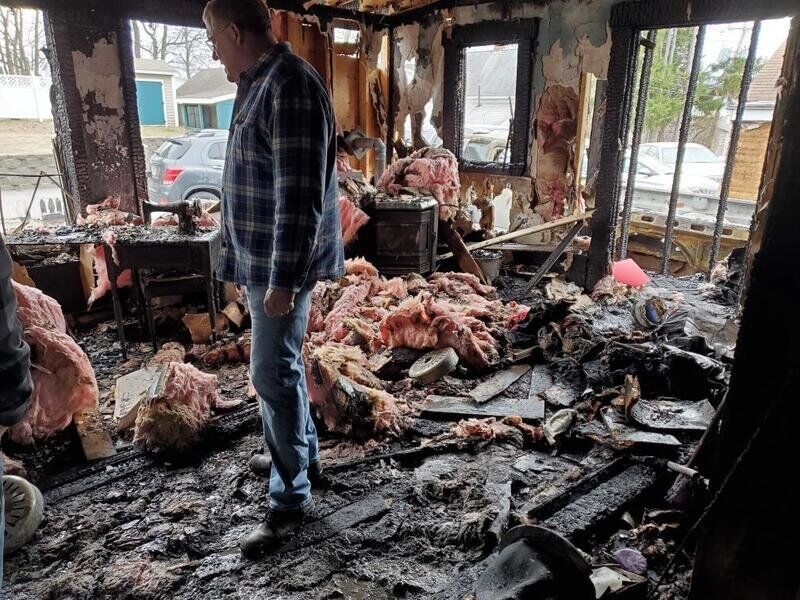 Courtesy photoA family of five lost their home and belongings when fire tore through this rented home in Derry. Here a neighbor looks over rubble left by the blaze. 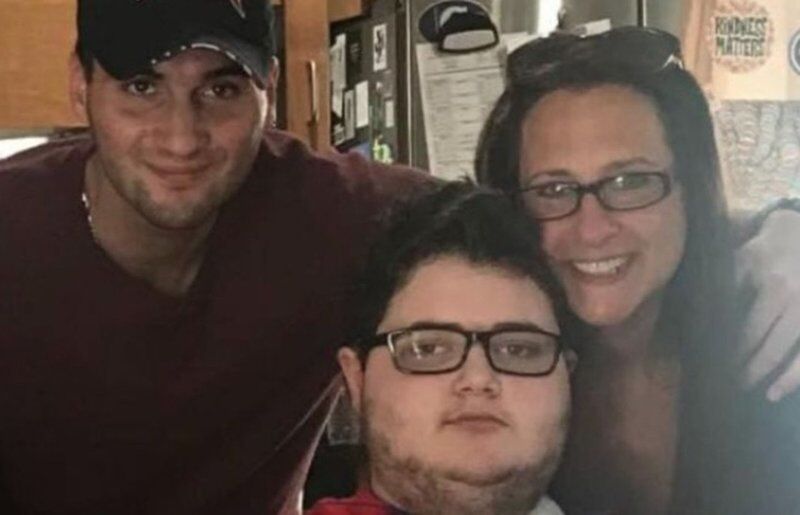 Courtesy photoSteve Burl and his family who rented this Derry home said they are grateful for financial support from the community after losing nearly all their belongings to a fire, shown here ripping through the building. They are now diverting donations to another family that suffered a tragedy the same night.

Courtesy photoA family of five lost their home and belongings when fire tore through this rented home in Derry. Here a neighbor looks over rubble left by the blaze.

DERRY — Within four hours on what began as an ordinary Sunday night, devastation hit two local families. They were strangers, without a clue of their tandem tragedies which happened less than a mile apart.

That changed quickly, and now one family is diverting donations to the other.

According to Derry Fire Chief Michael Gagnon, who was at each of the emergency scenes, first responders were called to 27 Mt. Pleasant St. at 10:05 p.m. on April 4 — Easter night.

Investigators said Manuel Viana would have faced a first-degree murder charge, but he died several days later at a Boston hospital.

Before investigators cleared that fire scene, the chief said his crews were called to 16 Franklin St. at 1:49 a.m. There, a family of five realized quickly that the flames ripping through their rented home would claim most of their belongings.

The blaze has been ruled accidental, the fire chief said, but the home was destroyed. No one was injured.

Steve Burl, 45, said waking up to the smell of smoke in his burning home was surreal, but quick support from his motorcycle club and donations to an online fundraiser have reassured him, his wife, Sandy, and their three children that normalcy will return.

“I now have a (financial) safety net the size of a football field,” he said. “It’s just amazing. It’s mind blowing. We have insurance, so eventually everything will fall back into place.”

When Burl found out about the murder on Mount Pleasant Street, he knew the loss of Lynn Marie Viana — a mother, sister and friend to many — was incomparable to his family's suffering.

“Our friends started a GoFundMe page for us that has a ridiculous amount (of donations) in it,” Burl said, “and the Insurgent Crew Motorcycle Club has a donation ride planned for us May 2. But we don’t need any more (help). I don’t want any more.”

Money raised by the ride will now go to Lynn Marie’s three surviving children, one of whom, Thomas, 19, is handicapped and requires constant care.

Burl said he hopes to meet Lynn Marie’s loved ones for the first time at the finish line of the 50-mile motorcycle ride now being done in her honor. Riders will register the day of the event and each give $25 to participate.

Burl has been in touch only with Lynn Marie’s brother-in-law, Arthur Bousseau, who started an online fundraiser soon after the Viana family’s tragedy. To date, it has collected $46,600.

“There is no insurance to cover her burial expenses,” Brousseau wrote there, “and because the house was burned, all of Thomas' belongings and special equipment have been lost.”

“There are many needs that Thomas has, from medicine to a special iPad to help him with school work, wheelchairs, wheelchair ramps and many other handicap accessible fixtures,'' Brousseau wrote. "As well as the essentials of clothing, bed and bedding and ultimately a home.”

Lynn Marie’s older son, Alex Viana, is a 20-year-old college student. He, too, will be supported by the donations. Lynn Marie’s obituary names a third child — daughter Jenna Brisson.

Of the stranger, Burl, who is choosing to give to the Viana family during his own hard times, Brousseau said, “He’s a real genuine guy. We’re blown away by what he’s doing here.”