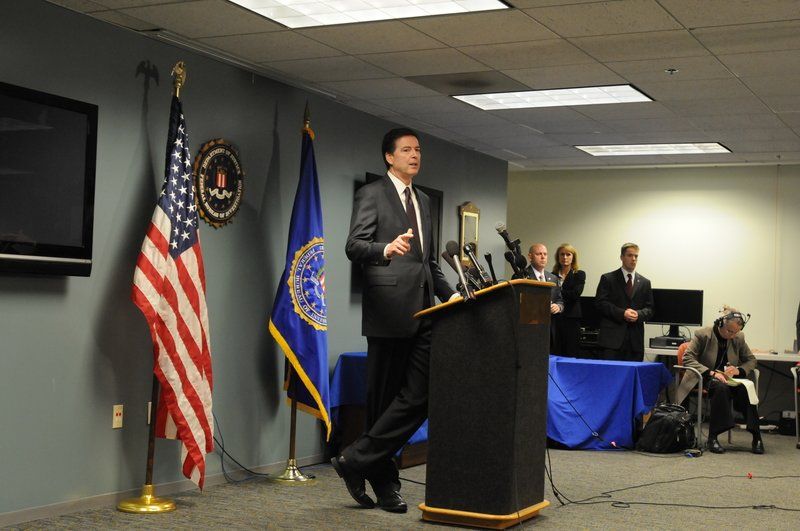 Director of the Federal Bureau of Investigation James Comey holds a press conference in Boston while visiting with the local bureau yesterday. 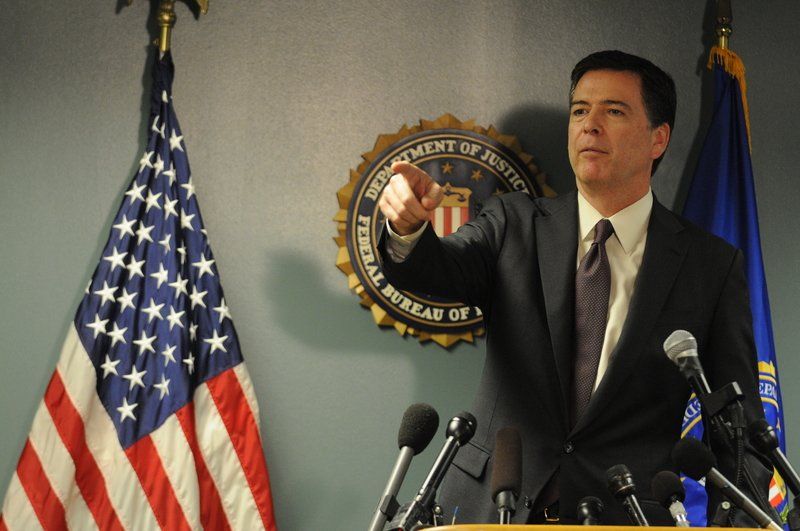 PAUL BILODEAU/Staff photo. Director of the Federal Bureau of Investigation James Comey holds a press conference in Boston while visiting with the local bureau yesterday.

Director of the Federal Bureau of Investigation James Comey holds a press conference in Boston while visiting with the local bureau yesterday.

PAUL BILODEAU/Staff photo. Director of the Federal Bureau of Investigation James Comey holds a press conference in Boston while visiting with the local bureau yesterday.

BOSTON, Mass. – The deadly heroin and opiate epidemic locally is not lost on the national director of the Federal Bureau of Investigation, who Tuesday said he was briefed on overdose deaths during his visit to the Boston FBI headquarters.

"This is something we talked about today," said FBI director James Comey, when questioned by the Eagle-Tribune if he was aware of soaring heroin and opiate related deaths North of Boston and in Southern, New Hampshire.

Comey said heroin sales and addiction are a problem "in huge parts of the country" involving supplies of the illegal narcotic mixed with other dangerous painkillers, including Fentanyl, a potent form of synthetic morphine.

When the heroin is cut with such a dangerous combination, Comey said the result is an "explosion of overdose deaths."

In Essex County, Mass., some 120 overdose deaths already occurred this year. Over the New Hampshire border, 65 overdose deaths were confirmed and another 70 cases remain under investigation.

Comey said the FBI's "brothers and sisters" in the Drug Enforcement Administration take the lead in federal narcotics investigations but stressed the FBI works with them to arrest dealers and choke off supply of the deadly drug.

Comey's comments Tuesday echoed Vincent Lisi, the special agent in charge of the Boston division of the FBI.

In April, Lisi told the Eagle-Tribune the heroin and opiate epidemic raging locally was a major focus. He said he wanted to work locally with police and community groups to combat the heroin problem.

Fourteen months into the director's job, Comey said his visit to Boston FBI headquarters was part of a nationwide visit of FBI offices. Boston was number 53 of 56 stops, he said.

He said the FBI "does nothing alone" and works with state and local partners. The top priority for the FBI today is both counterterrorism, involving investigations into terrorist groups such as Al Quaeda and ISIS, and homegrown violent extremism on U.S. soil.

The Internet gives such extremists access to terrorist ploys and instructions. They "are training to engage in violence in the basement in their pajamas," Comey said. And groups such as ISIS will recruit and "call on these people to kill somebody," Comey said.

He noted the problem stretches across the entire country.

"These are troubled souls that seek meaning from these savages. We have a homegrown violence threat," Comey said.

Comey also said cybersecurity remains a top FBI issue, particularly where so much of our lives and businesses are connected to the Internet.

In some of his strongest words Tuesday, Comey noted the bureau's intolerance for public corruption, which agents also routinely investigate.

In a lighter moment Tuesday, Comey laughed heartily when one reporter quipped that he wasn't asked any questions about James "Whitey" Bulger, a notorious South Boston gangster who is now serving double life sentences. Bulger was the focus of an FBI manhunt for 16 years prior to his capture in June 2011.

At 6 feet, 8 inches tall, Comey chuckled that he is both the tallest FBI director and "one who knows nothing about Whitey Bulger."

MISSISSAUGA, Ontario (AP) — Angela Bailey, the Canadian women’s record holder in the 100 meters and an Olympic 4x100 relay silver medalist, has died. She was 59.