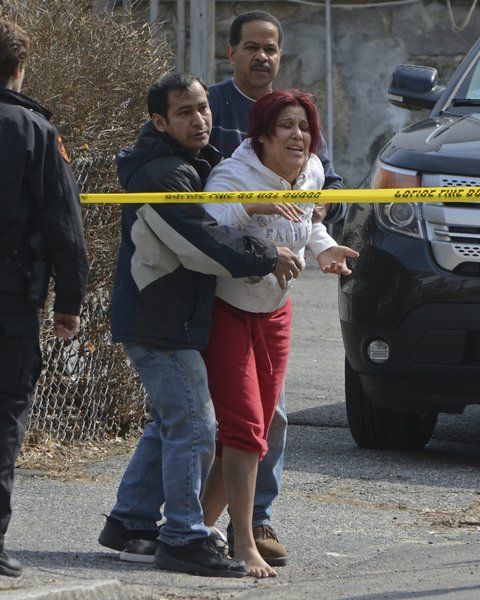 A woman reacts after speaking to police at the scene of a reported homicide on Phillips Street in Methuen. 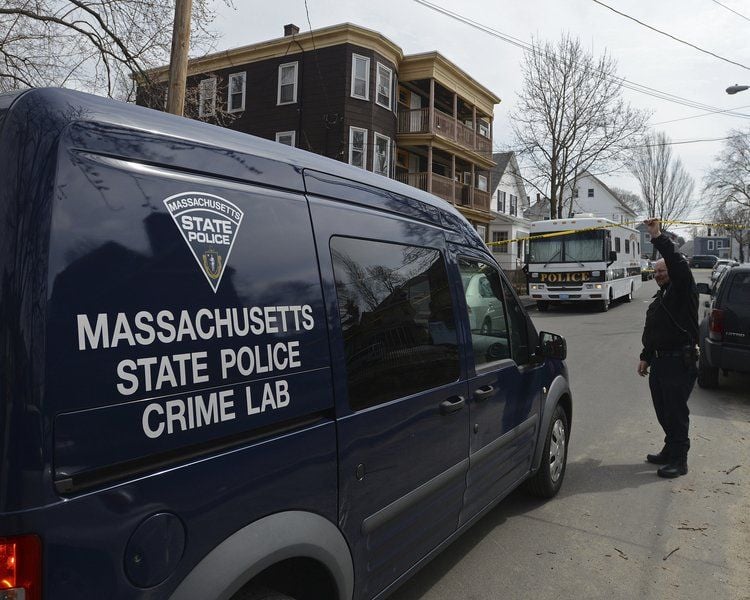 A State Police mobile crime lab arrives at the scene of a reported homicide at 5-7 Phillips St. in Methuen.

A woman reacts after speaking to police at the scene of a reported homicide on Phillips Street in Methuen.

A State Police mobile crime lab arrives at the scene of a reported homicide at 5-7 Phillips St. in Methuen.

The victim, who was not identified by police Monday, suffered "multiple gunshot wounds" and was found at 5 Phillips St. around 10:30 a.m., authorities said.

It was unclear Monday if investigators had any suspects or had determined a possible motive.

Tony Conway, who lives on Phillips Street, said he heard gunshots around 2:15 a.m. while he was up watching a movie.

"It sounded like four or five gunshots. They were quick, rapid, pow, pow, pow," Conway said.

Conway said he didn't alert police because a neighbor on the street has a Honda that constantly backfires.

Late Monday morning, when he let his dog out, Conway said 5 Phillips St. was teeming with police. He'd said he had never seen police at that apartment building before, although hypodermic syringes had been found in the street nearby.

Police used yellow crime scene tape to secure the area in front of the brown building.

Crime scene technicians and photographers arrived along with Methuen Officer Christine Nicolosi and her canine Reiko, who searched the area and then went into the apartment building.

Two cars, a black Honda CRV and a white Infiniti, were also towed from behind the apartment building as the police investigated.

The Methuen Police Department's Winnebago-style mobile command unit was brought to Phillips Street and parked right in front of the apartment building.

Around 2:30 p.m., a group of people who apparently know the victim, arrived on Phillips Street. After speaking with police, two women in the group starting sobbing and one collapsed onto the sidewalk.

Methuen police officers assisted the group and escorted them into the mobile command unit, away from bystanders and the media.

A woman carrying information about the Trauma Intervention Program of the Merrimack Valley arrived shortly afterwards. TIP is a group of specially trained citizen volunteers who are called by police officers, firefighters and hospital personnel to provide emotional and practical support to trauma victims and families effected, according to information posted on the TIP web site.

Throughout the day, a large group of bystanders gathered at the end of Phillips Street where it meets Center Street. People questioned in the group said they were unaware who lived in the apartment building.

City assessing records show the three-story, five-unit apartment building was built in 1900. It is currently owned by Carlos Thomas and Lydia Raposo, who could not be reached for comment.

METHUEN — Police are conducting a homicide investigation at 5-7 Phillips St.