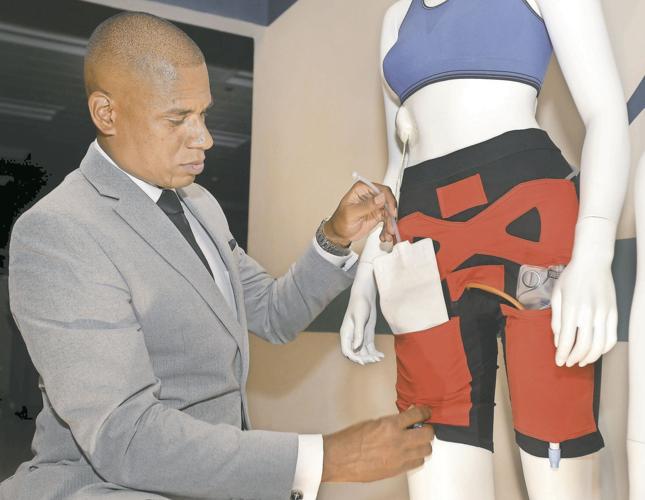 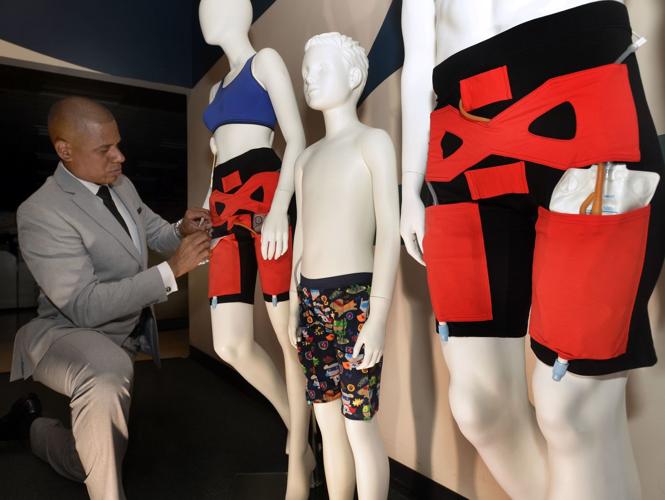 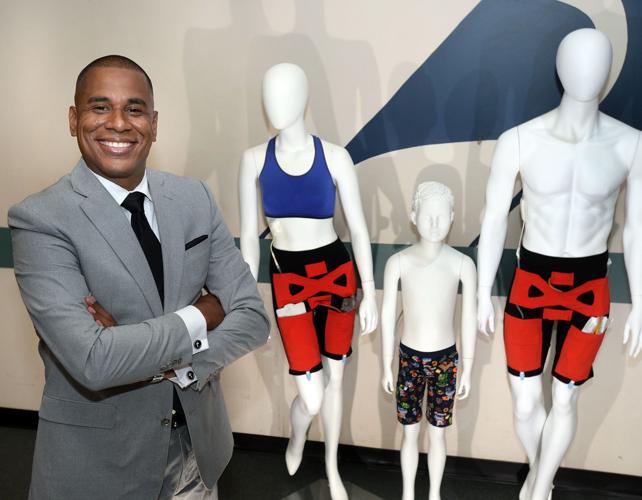 LAWRENCE — Brian Mohika, an Air Force veteran and registered nurse, had an inspiration.

While taking care of patients recovering from operations on their kidneys or livers, he noticed that the bags they had to wear to collect fluid from those organs would slide up and down their legs, causing discomfort.

It occurred to him that if the bag were contained in a pocket, that would eliminate the sliding, discomfort and rashes. So Mohika invented a type of medical underwear that’s equipped with a pocket designed to hold a fluid bag.

Mohika obtained a patent for his invention and established a company called CathWear. He now plans to manufacture this new brand of medical underwear.

“This will provide jobs for Lawrence people,” he said during a recent interview. Mohika is not quite ready to mass-produce his product, he said.

He needs to establish a market for the apparel and secure financing. His longtime friend, Edwin Alvarez, is his business partner and chief financial officer for CathWear.

Alvarez, a longtime friend of Mohika’s, wrote the business plan for the company. He has a master of business administration degree.

Mohika, born and raised in Lawrence, explained that after a patient has had their liver or a kidney operated on, they need to wear a leg bag to collect the fluid draining from these organs.

“The bag slides up and down the patient’s leg all day,” said Mohika, who earned his bachelor of science in nursing degree at University of Massachusetts Lowell. This can cause chafing and irritation, he said.

Often the bag, collecting urine from a kidney or bile from the liver, is secured to the leg by a band.

“Overtightening causes friction, which in turn can cause infection,” he said. It’s also uncomfortable having a bag dangling from one’s legs, he noted.

The undergarment created by Mohika has a pocket, which contains the fluid bag. This eliminates the nuisance of having a bag sliding up and down the person’s leg, he said.

Physicians and other health care professionals often say, “Why didn’t I think of it?” when Mohika talks to them about his invention, he told The Eagle-Tribune. He said he thinks the idea must have come to him from a higher source, God himself.

Mohika has arranged with a Colorado company to make 500 samples of the medical underwear. He will then send them to various health care facilities, including the Soldiers’ Homes in Chelsea and Holyoke and the Rhode Island Veterans’ Home, he said.

“The ultimate goal is to create jobs in Lawrence,” he said. “I just want to show there’s something positive in the city.”

Mohika graduated from Lawrence High School in 1996. He then joined the Air Force and served for four years.

Mohika may have left the Air Force, but the Air Force hasn’t left him. Practically every sentence includes a “yes sir” or a “no sir.”

After his Air Force service. Mohika earned an associate’s degree in radiologic technology at Northern Essex Community College before attending UMass Lowell. His is now employed as a visiting nurse.

Mohika has already achieved much. After all, he’s a veteran, a radiologic technologist, a registered nurse and now he’s a business owner determined to market a product for which he obtained patent number 8,486,035 from the U.S. Patent Office.

This energetic man with an easy smile and a laugh wants to accomplish more, however. He is enrolled at Southern New England School of Ministry in Shrewsbury and aspires to become a pastor.

“I want to be used by God to spread his truth,” he said.