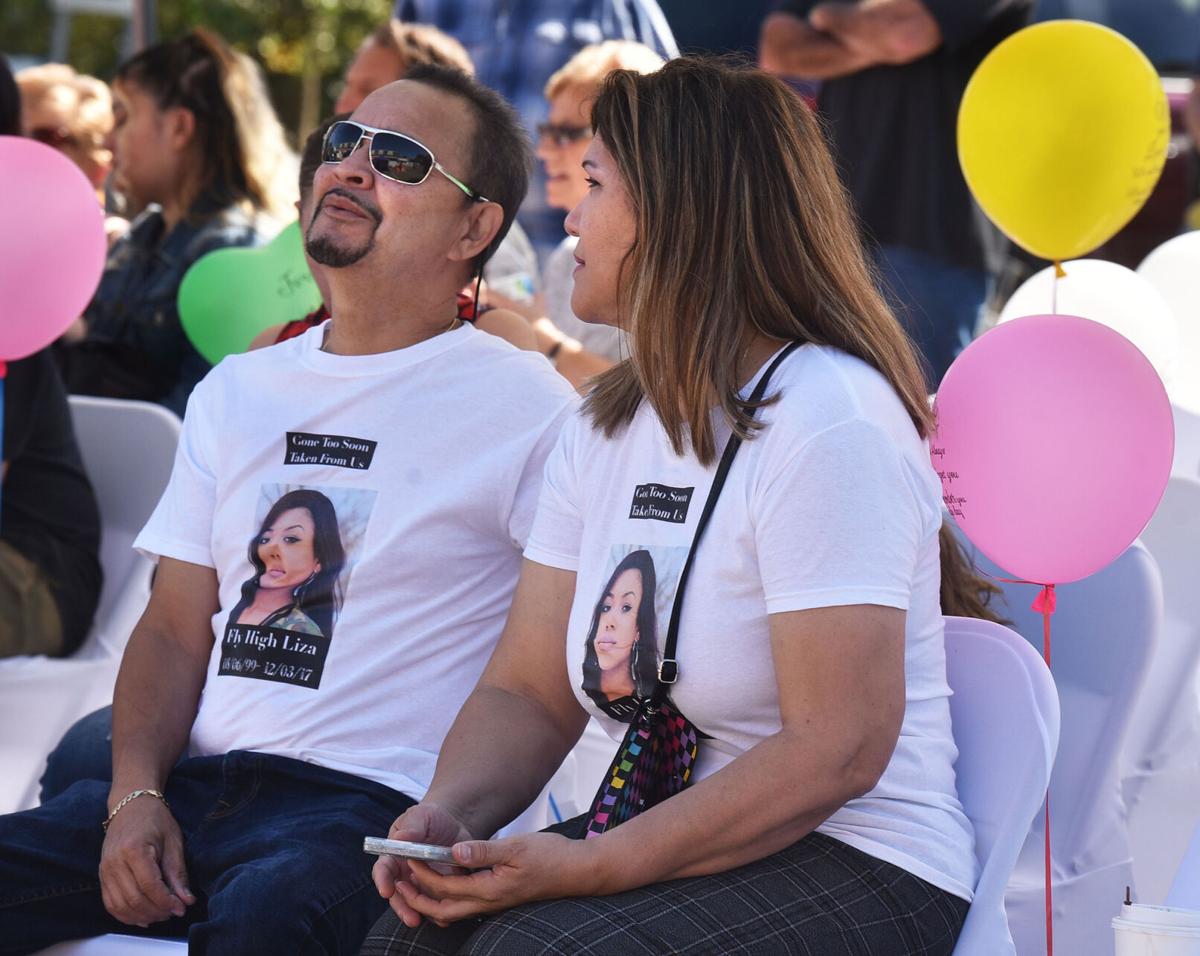 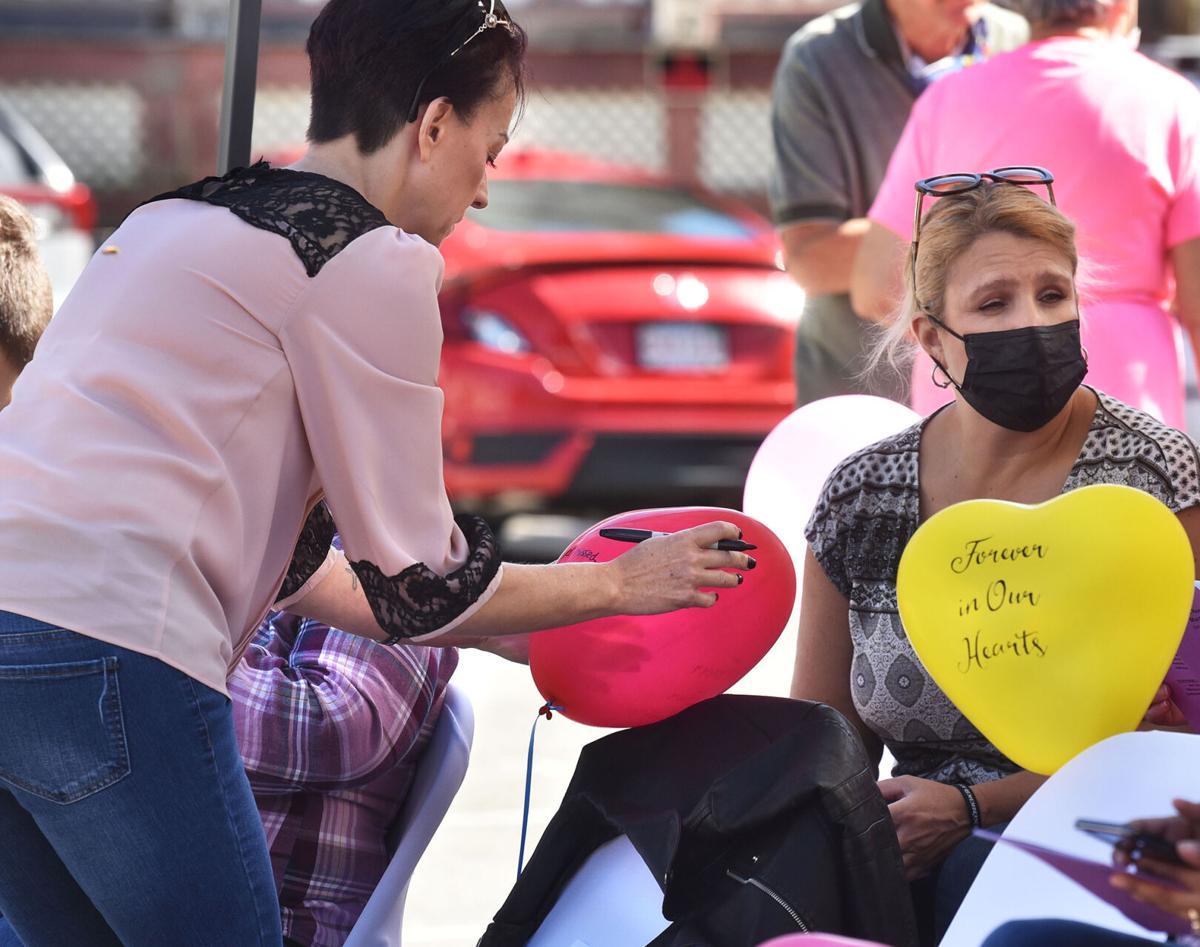 Lynn Diaz of Lawrence writes a message on a balloon in memory of her sister in-law Mandy, who was murdered 20 years ago, during an annual remembrance ceremony Saturday in Lawrence. 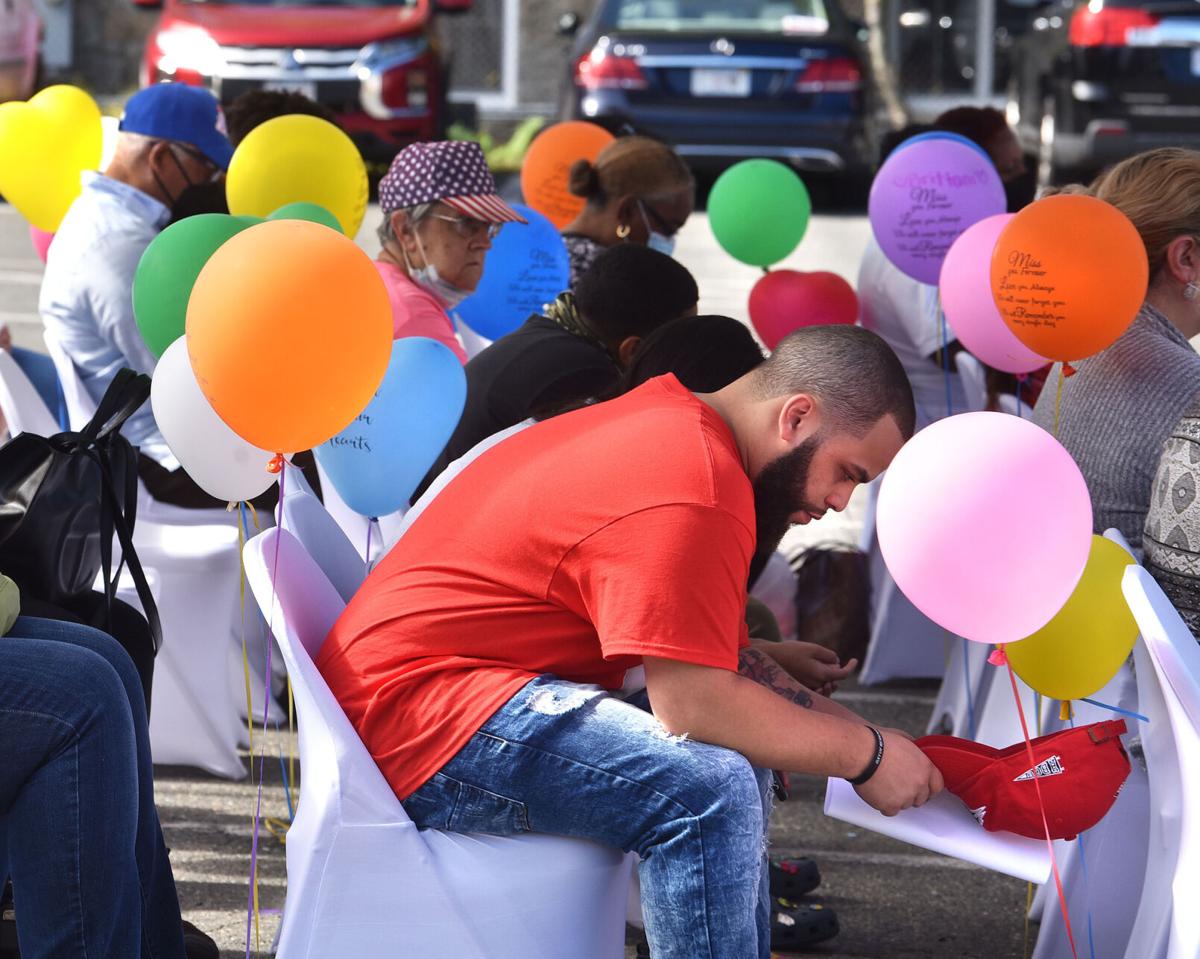 Dozens of people bow their heads in prayer during the annual remembrance ceremony Saturday in Lawrence. 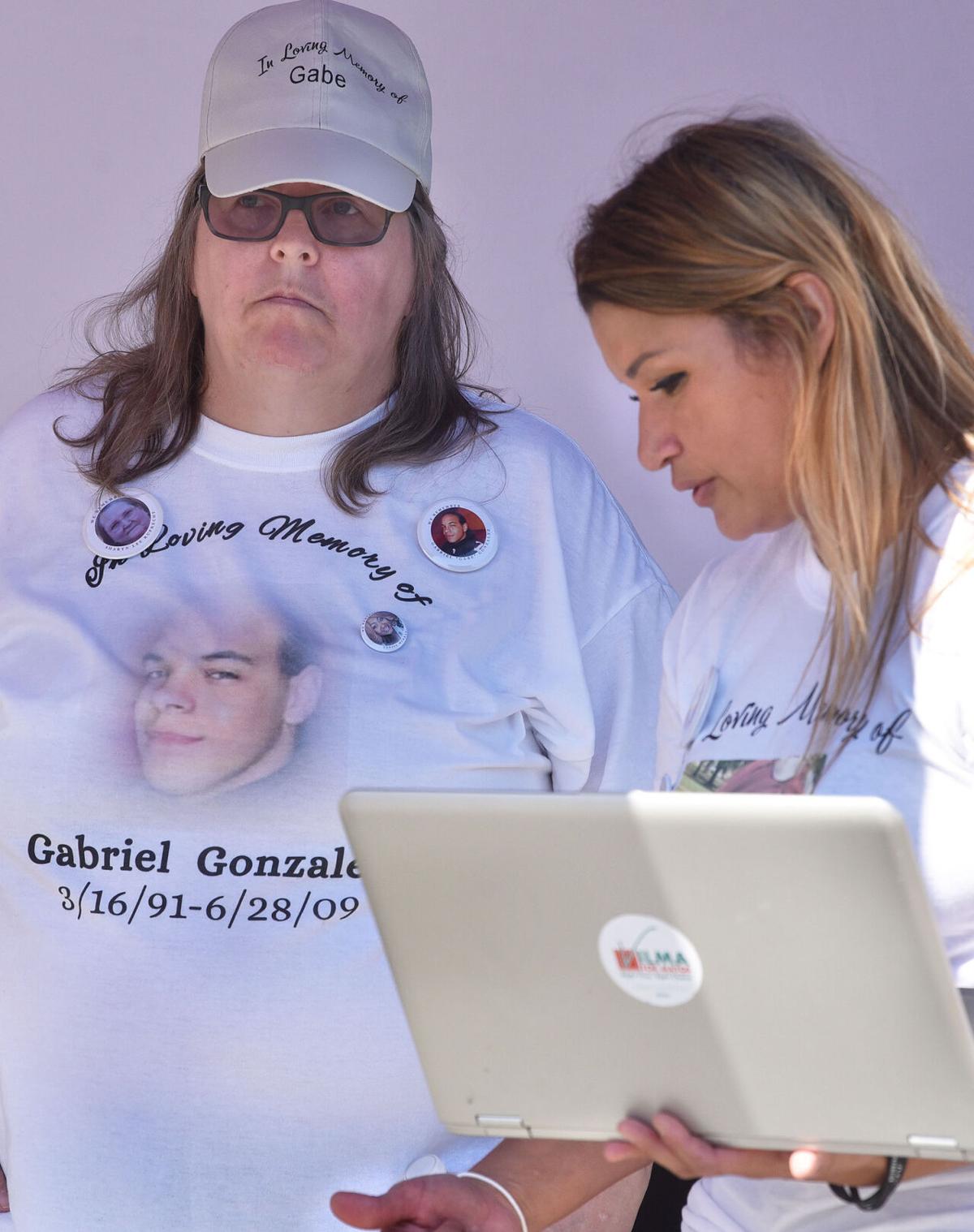 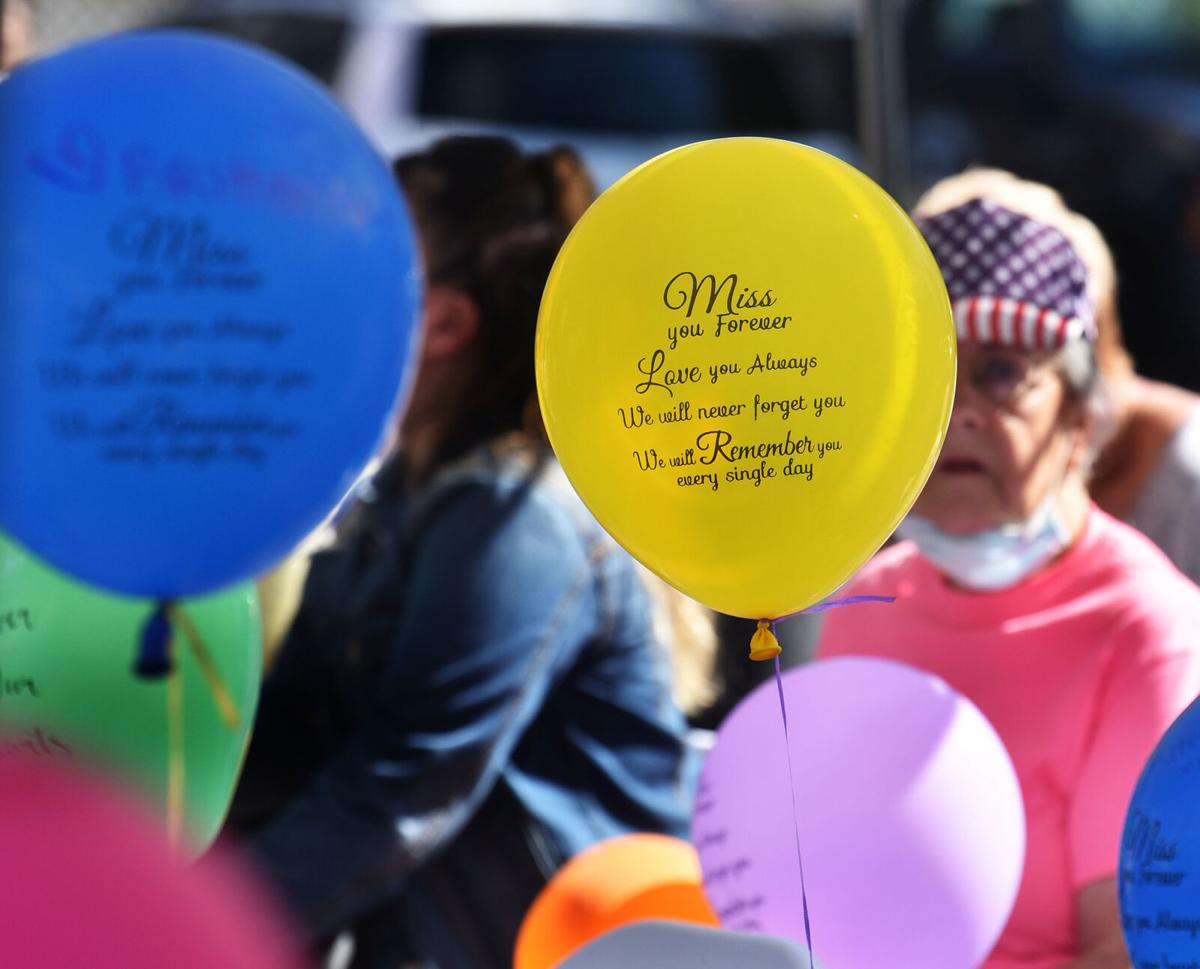 Lynn Diaz of Lawrence writes a message on a balloon in memory of her sister in-law Mandy, who was murdered 20 years ago, during an annual remembrance ceremony Saturday in Lawrence.

Dozens of people bow their heads in prayer during the annual remembrance ceremony Saturday in Lawrence.

LAWRENCE — Through prayer, video, remarks and proclamations, the city’s murder victims were remembered Saturday during a solemn ceremony.

The annual event was led again this year by its creator, local mother Lee Fickenworth, whose son Gabriel Gonzalez Jr., 18, was murdered in a gang-related shooting in 2009.

No one has been charged in connection with Gonzalez’s murder.

The remembrance ceremony was held outdoors at The Center, formerly the Lawrence Senior Center, on Haverhill Street.

District E City Councilor David Abdoo and his wife, Stephanie, were also there. Abdoo, who is not running for reelection this fall after 20 years of city involvement, was presented a mug from ceremony organizers for his work and support.

Survivors of murder victims wore T-shirts with their loved ones’ pictures on them. Mother Raquel Centeno made a video for the ceremony.

Empty chairs with pictures were set aside at the ceremony. One held the picture of Denise Murray, a 50-year-old mother who died in her sleep Jan. 4.

Murray’s son Timothy Walker, 20, was murdered in July 2010. She worked for months afterward to have an anti-violence message posted on a city billboard and vowed to be the voice for all murder victims.

Fickenworth spoke of Murray during the remembrance ceremony, noting, “We lost our dear friend, Denise.”

“She was our biggest supporter ... I think about her every day. Unbreakable her,” Fickenworth said as she teared up.

Multicolored balloons at the ceremony read, “Miss You Forever, Love You Always, We Will Never Forget You, We Will Remember You Every Single Day.”

Fickenworth welcomed back those who attended the remembrance ceremony in the past and offered greetings to those who were there for the first time.

“I hope you all find comfort today,” she said. “You are not alone.”