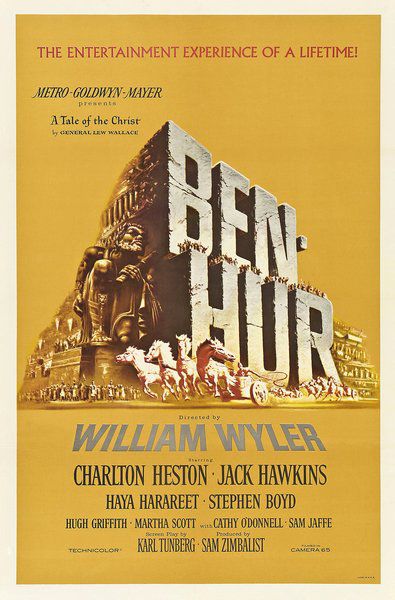 Miklós Rózsa’s “Ben Hur Suite” will be among the musical selections in the Cape Ann Symphony’s opening weekend concerts.Courtesy image

Courtesy photoCape Ann Symphony opens its 68th season with "Classics and the Movies," which will be presented in both Manchester-by-the-Sea and Ipswich. 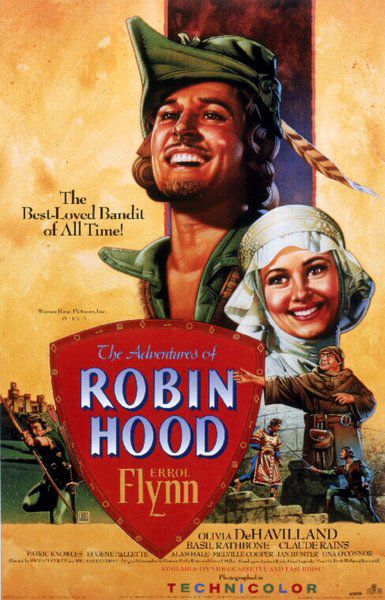 Courtesy imageA child prodigy, Erich Wolfgang Korngold wrote "Robin Hood Suite," for which he won an Academy Award. On Saturday and Sunday, the Cape Ann Symphony will perform the work.

Miklós Rózsa’s “Ben Hur Suite” will be among the musical selections in the Cape Ann Symphony’s opening weekend concerts.Courtesy image

Courtesy photoCape Ann Symphony opens its 68th season with "Classics and the Movies," which will be presented in both Manchester-by-the-Sea and Ipswich.

Courtesy imageA child prodigy, Erich Wolfgang Korngold wrote "Robin Hood Suite," for which he won an Academy Award. On Saturday and Sunday, the Cape Ann Symphony will perform the work.

The opening of Cape Ann Symphony’s 68th season this weekend will be a blockbuster.

The orchestra, which performs in both Manchester-by-the-Sea and Ipswich, presents “Classics and the Movies,” brimming with the musical scores of famous films, both classic and contemporary.

Maestro Yoichi Udagawa said that the organization is thrilled to have Rubin as the next concertmaster.

“He is an amazing violinist who plays beautifully and makes music with an incredibly poetic imagination,” Udagawa said. “We are all looking forward to working together to make great music.”

He is both a performer and educator. He currently holds an assistant principal chair with the New Bedford Symphony. He also has performed with the Rhode Island Philharmonic, Portland Symphony, Boston Modern Orchestra Project and Emmanuel Music, as well as held orchestra fellowships with the Lucerne Festival Academy and Spoleto Festival.

Udagawa said that he is looking forward to showcasing classics that originated in Hollywood.

“When I was a student, the music of the movies was not that well-regarded in classical music circles,” the conductor said. “That has fortunately changed almost 100 percent, as people have come to realize that there have been some amazing composers who wrote some incredible music to be used in films.

“There is such an exciting world of different moods, feelings and emotions that are contained in this music,” he said.

Korngold, who started writing original music at age 7 and wrote the scores for 16 Hollywood films, is one composer whose influence continues to be felt six decades after his death.

“Someone once said to the famous English conductor/composer Andre Previn that, ‘Korngold’s music sounds like Hollywood.’ And Previn replied: Oh, no — Hollywood sounds like Korngold,’” Udagawa said. “I know the audience and those of us onstage will be thrilled and moved to hear and experience all this music.”

Perhaps the most widely recognized music in this weekend’s lineup is that of Williams, who is also a conductor and pianist and has a career spanning more than 60 years. His compositions are both classical works and film scores for “out-of-this-world” creations such as “Star Wars” and other intergalactic subjects.

Rósza may be best known for the music he composed for “Ben-Hur,” a film released in 1959. The soundtrack remains popular, with its most recent recording released in 2017.

The music of German composer Wagner was resurrected when it became part of the music for “Apocalypse Now,” which features his “Ride of the Valkyries.” Among his most popular compositions, it is also the prelude to the third act of his opera “Die Walküre.”

Another selection features “Lieutenant Kijé,” from the 1934 Soviet comedy about a fictitious soldier in Emperor Paul I’s army. It was the first of eight film scores written by Prokofiev, a pianist and composer.

Ipswich’s Susanne Powers, the orchestra manager, is eager for the season opener.

“Sometimes the most gorgeous music written for symphonic orchestra is right in front of our eyes — literally,” she said. “Classics from the movies opens our season with a bang. And how fitting to honor Maestro Udagawa’s 20th anniversary with the Cape Ann Symphony with a concert that is charismatic and tremendous fun, just like he is.”

What: Cape Ann Symphony presents “Classics and the Movies”