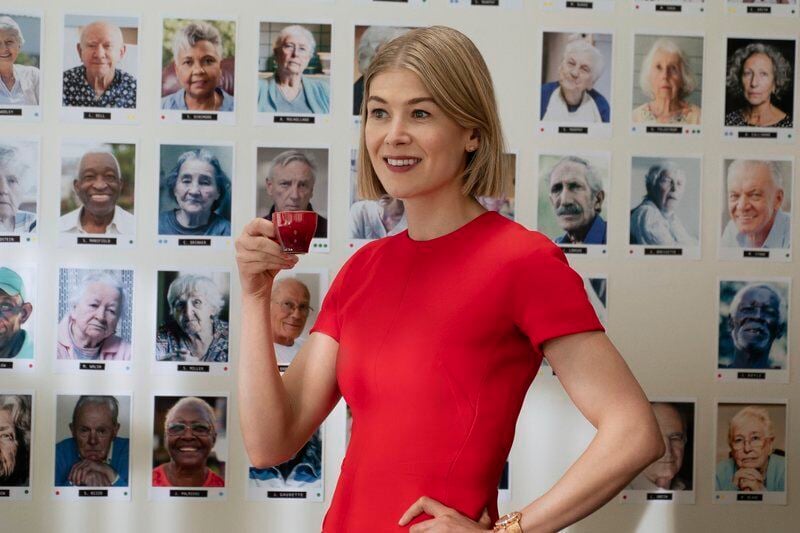 Rosamund Pike stars as Marla Grayson, a woman who steals from the elderly, in "I Care a Lot." (Seacia Pavao/Netflix via AP) 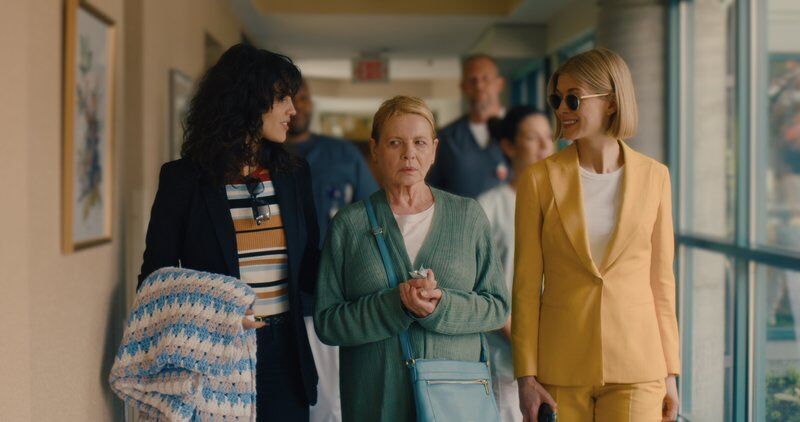 From left are Eiza González, Dianne Wiest and Rosamund Pike in a scene from "I Care a Lot." (Seacia Pavao/Netflix via AP) 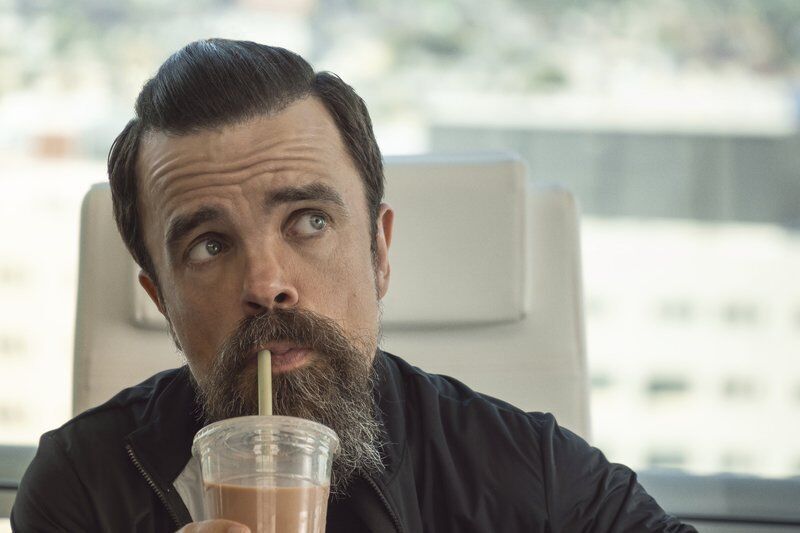 Rosamund Pike stars as Marla Grayson, a woman who steals from the elderly, in "I Care a Lot." (Seacia Pavao/Netflix via AP)

From left are Eiza González, Dianne Wiest and Rosamund Pike in a scene from "I Care a Lot." (Seacia Pavao/Netflix via AP)

An air of mystery surrounded Rosamund Pike in “Gone Girl,” but there's no mistaking her in “I Care a Lot.” Sporting designer suits and a bob cut so sharp that you tremble for her stylist, Pike's Marla Grayson is ruthlessly imperious from head to toe.

The title of J Blakeson's sleekly sinister neo-noir is tongue and cheek. Marla, a shark on par with Gordon Gekko or Jaws, doesn't care even a little. She's a legal guardian to dozens of elderly people whom she bilks for everything they're worth. A wall of their faces and names adorns her Boston office the way stock portfolios might a financier. “Playing fair is a joke invented by rich people to keep the rest of us poor,” she intones in the movie's opening voice-over.

When so much real terror is stalking nursing homes, the timing of “I Care a Lot” (it debuts Friday on Netflix) is perhaps not ideal. Marla's scheme is a particularly loathsome one, and the feeling of disgust only grows as writer-director Blakeson, the British filmmaker of the kidnap thriller “The Disappearance of Alice Creed," depicts an interwoven system of elder abuse, with doctors and nursing home managers all taking a cut.

One of them hands Marla a “cherry” — an especially desirable new ward because she's both wealthy and lacking any apparent living family that might interfere — in Jennifer (Dianne Wiest). A few falsified health records and a judge's rubber stamp later, Jennifer is abruptly hauled off to a facility where her phone is taken and even straying outside is off limits. Marla and her partner-girlfriend (Eiza González) quickly start auctioning off her stuff.

At this point, “I Care a Lot” seems poised to become another nightmare of wrongful institutionalization — a “Shock Corridor” for rest homes. Having Wiest locked up is no less infuriating than Jack Nicholson being strapped into a mental hospital. But the twists and turns of “I Care a Lot” lead elsewhere — in more comic, off-balanced but generally deviously delightful directions.

Jennifer turns out to be not just a meek old lady living alone but the mother of a powerful and well-financed underworld figure with ties to the Russian mafia, Roman Lunyov (Peter Dinklage). Dinklage, as he often does, immediately recalibrates the movie, as Roman summons his forces — minions who cower before him while he snacks on an eclair or sips a smoothie — to free his mother.

It also rebalances our allegiance. There is, in one sense, no one to root for “I Care a Lot,” a movie where the most sympathetic figure drugs her imprisoned wards to keep them quiet. Instead, Blakeson's film is gleefully amoral, less concerned with judging its obviously heinous characters than crafting a satire of American capitalism as a system where human trafficking is a mode of doing business.

It also positions Marla as something more than a greedy vulture. Her resistance to the various entreaties from Roman's team — foremost among them is a very good Chris Messina as a knowing attorney who nevertheless can't match Marla in court — seems reckless and foolish at first. Who would dare turn down a fearsome, well-armed international mafioso who, in this case, also happens to be in the right? But Marla's resistance, as a woman undeterred by male intimidation, accumulates in courage. “Do you know how many times I’ve been threatened by a man?” she says, utterly unimpressed.

Is this a lot for a film about a corrupt court-appointed guardian? Yes. It doesn't all fit together, and “I Care a Lot” has ultimately no way of resolving its fairly ludicrous plot. But it's strong, gripping, unpredictable pulp, and Pike pulls something off that few else could as a protagonist. She's quite detestable and completely compelling.

“I Care a Lot,” a Netflix release, is rated R by the Motion Picture Association of America for language throughout and some violence.