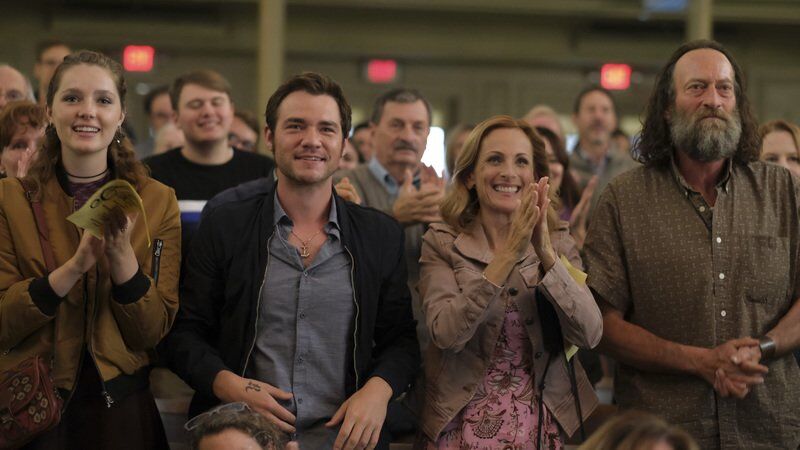 From left are Amy Forsyth, Daniel Durant, Marlee Matlin and Troy Kotsur in a scene from "CODA." (Apple TV+ via AP) 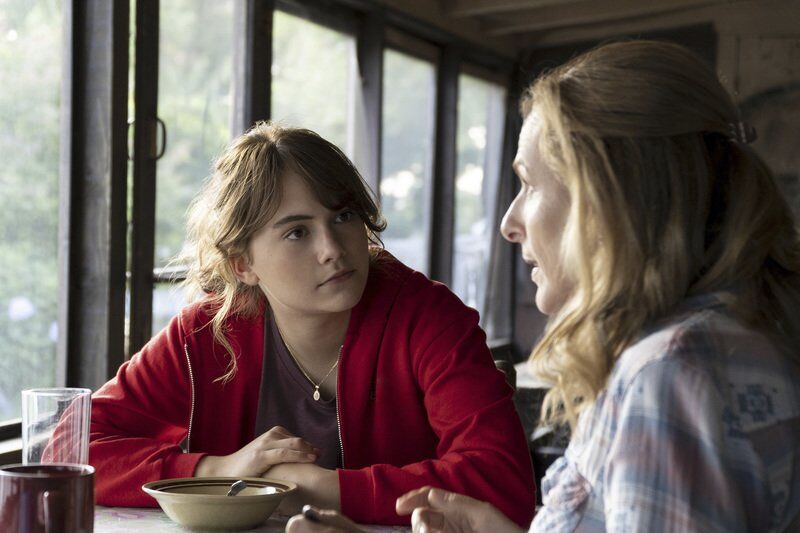 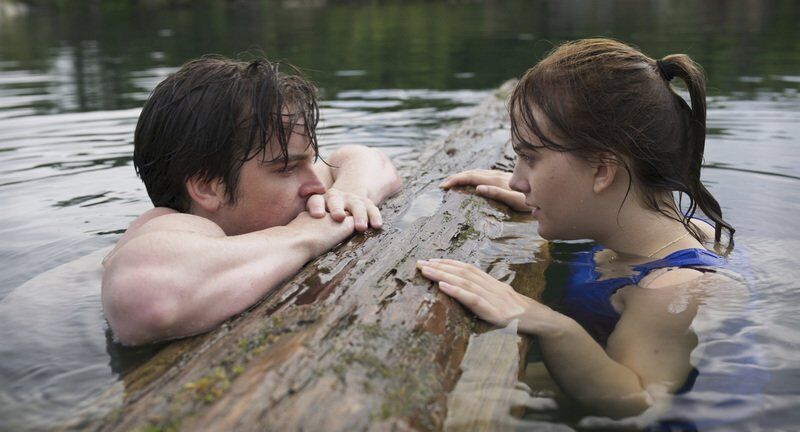 Ferdia Walsh-Peelo and Emilia Jones appear in a scene from "CODA." (Apple TV+ via AP)

From left are Amy Forsyth, Daniel Durant, Marlee Matlin and Troy Kotsur in a scene from "CODA." (Apple TV+ via AP)

Ferdia Walsh-Peelo and Emilia Jones appear in a scene from "CODA." (Apple TV+ via AP)

They say silence is golden. It's a silly phrase, really, but it takes on an urgent poignancy for three stunning minutes in “CODA,” Siân Heder’s refreshing, loving and altogether irresistible film about a deaf family with one hearing daughter.

In this extraordinary scene, Ruby, 17 (impressive newcomer Emilia Jones) and mother Jackie (a superb Marlee Matlin) are having a heart-to-heart in Ruby’s bedroom — something all of us moms and daughters have experienced, except not, because one is deaf and the other isn’t. Ruby asks her mom if she ever wished that she, her only hearing child, were deaf. The answer will both make you smile and break your heart, like a lot of this movie. And then you’ll realize that for the entire three minutes, you’ve barely heard a sound — no spoken dialogue, just the very faintest hint of music, and the flutters of movement that accompany signing.

If there's a flaw to “CODA” — the title stems from the term “child of deaf adult” — it may be that it wears its brimming heart on its sleeve to such an extent that it occasionally nears that fine line into formula, especially when it invents plot-moving conflicts that seem unnecessary. But somehow it never crosses the line, and if you see a few predictable moments coming … well, so what? They work — boy, do they ever. If this is formula, I’m OK with that, and can you pass the tissues? There's something in my eye.

Heder, who adapted her screenplay from the 2014 French film “La Famille Belier,” makes crucially effective decisions throughout, but none more important than the casting, with three extraordinary deaf actors playing the deaf family members. Matlin’s well-documented talent (she’s the only deaf actor to win an Oscar) is matched here by a terrific Troy Kotsur as her randy, jubilant husband Frank, and by a sensitive Daniel Durant as temperamental older brother Leo.

The film begins on a commercial fishing boat, which is how the Rossi family of Gloucester earns a living. Ruby, a high school senior, begins her mornings at 3 a.m. on that boat, serving as both deckhand and interpreter with the hearing world. Then she goes to school, where she promptly falls asleep.

Naturally, Ruby’s parents rely on her. That in itself creates tension. She’s needed for every business meeting, every doctor’s appointment. In just one of many lovely comedic scenes, a doctor tells Ruby’s parents that, for reasons we won’t get into here, they can’t have sex for two weeks. Ruby mischievously translates that to: “You can never have sex again.” (Then she admits to her shocked parents that it’s just two weeks. They're shocked at that, too.)

Another funny moment finds Leo swiping on Tinder at the dinner table. When someone complains that it might not be the most appropriate dinner activity, a reply comes: “Tinder is something we can do as a family.”

The joke, though, runs deep. Being a hearing person separates Ruby in many ways from the others. For example: She wants to sing in the school choir. Granted, it’s because a boy she likes is joining. But when Ruby tells her mother she’s joined, Jackie’s response is all about how they can't share it: “If I was blind, would you want to paint?”

Turns out that Ruby, though she bolts from choir in embarrassment the first time she’s asked to sing, truly has a voice. It takes a determined teacher to discover this, and she has one in Bernardo (a highly entertaining Eugenio Derbez) — or, as he pronounces it, Berrrrrnardo — who quickly decides to take Ruby under his wing, preparing her for an audition to the Berklee College of Music, his alma mater.

But Ruby’s private lessons take her away from the family at crucial times, underscoring the outsized burden she bears. Her absence from the boat one day leads to a disaster that threatens the family’s livelihood. When Ruby agrees to put a stop to her dream of college, her parents are grateful but her brother erupts in bitterness, calling her “Saint Ruby.”

Jones, a British actress, had a steep learning curve: She needed to master American Sign Language, speaking in American dialect, and yes, working on a fishing boat. She clearly already could sing, though. A climactic performance of Joni Mitchell’s “Both Sides Now” — we won’t give away what makes it special — rivals the emotional punch of that bedroom scene.

If you studied music, you’ll know “coda” has another meaning — it's a certain type of ending to a piece of music. It’s easy to feel that part of Ruby’s life here, her childhood, is coming to its coda, especially in a late scene where she hugs her family and gets into a car.

But when she runs back for another hug, straight to the camera, we also feel like she’s running back to us. And that’s when we realize: We’ve become part of this family, and we likely won’t forget them.

“CODA,” an Apple release, has been rated PG-13 by the Motion Picture Association of America “for strong sexual content and language, and drug use.”