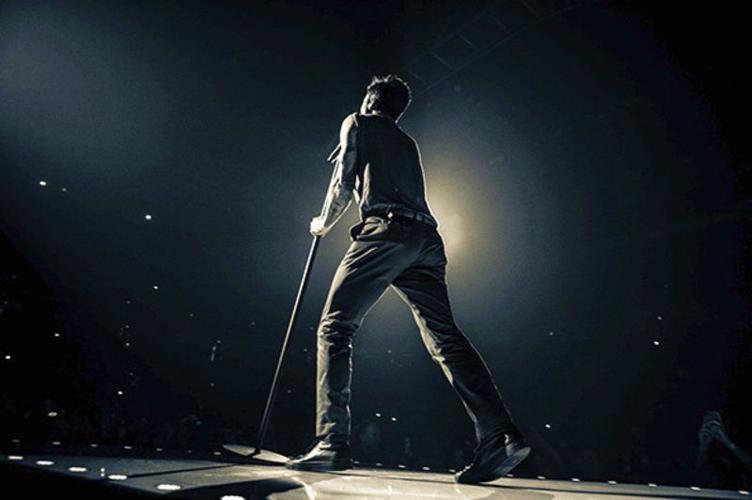 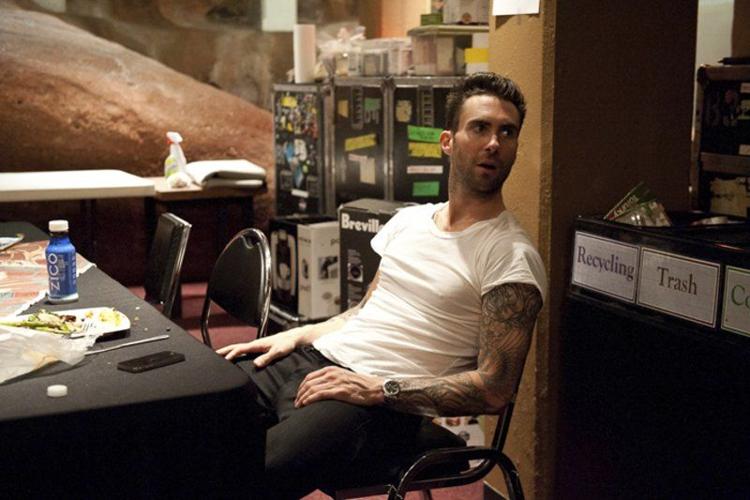 Adam Levine and his band Maroon 5 play Boston TD Garden this week. And just last week, the 35-year-old frontman returned as a judge-mentor on "The Voice" Season 8.

So what better time could there be to give you 40 things you might not know about Adam Levine?

2. While Adam's father and maternal grandmother are Jewish, and Levine considers himself so, he chose not to have a bar mitzvah.

3. His parents divorced when Adam was 7.

5. On April 29, 1992, seventh-grader Levine made his professional stage debut at the Los Angeles club The Troubadour.

6. As a teen, Levine was diagnosed with attention deficit hyperactivity disorder, or ADHD.

9. Their first gig, as Edible Nuns, was a junior high school dance.

11. They recorded their first demo at Hollywood's Room 222 Studio. Since then, Levine considers 222 his lucky number.

12. They were still in high school when Reprise Records signed them.

13. That same day, independent producer Tommy Allen heard them playing at a Malibu beach party. He and partner John DeNicola produced their first album and shopped it to record labels.

15. After their album "The Fourth World" sold poorly and the label dropped them, Levine's odd jobs included writer's assistant on Season 1 of CBS' "Judging Amy."

16. Afterward, as Madden once wrote, Levine and Carmichael "went on their Long Island adventure, driving cross-country at a breakneck pace and spending a semester at Five Towns College . . ."

17. At some point, Levine worked at a Johnny Rockets restaurant.

18. They regrouped as Maroon 5 since people would hear Kara's Flowers as "Cars and Flowers," "Carlos Flowers" or "Carson Flowers."

19. Though the origin of the name is a secret, one theory is that it comes from the "5" in Five Towns College and from one of the school's colors: maroon and white.

21. Their first single, "Harder to Breathe" (July 2002), stalled at No. 18 on the Billboard chart. They didn't release another for a year and a half – scoring with the multiplatinum "This Love."

26. TV writer-producer Gene Hong ("Community," "Bones") has been a friend since before either was successful.

27. For several years, Hong and Levine were roommates in a house Levine bought.

29. Later that year, NBC bought the rights to a semiautobiographical sitcom. In September 2014, the network committed to having Aaron Blitzstein ("Family Guy") write a pilot script for what was now called "Kids in America."

33. Levine has appeared in the "It Gets Better" campaign supporting LGBT rights.

34. In 2012, he changed the planned locale of his band's post-Grammys party when he learned the restaurant supported California's anti-gay-marriage Proposition 8.

36. He posed nude in the United Kingdom edition of Cosmopolitan to raise awareness of testicular cancer.

38. Another is of his golden retriever Frankie's paw print.

39. On the top left of his chest is the Sanskrit word for a concept variously translated as warmth, heat, asceticism, penance and deep meditation, among other meanings.

40. His arm tattoo "MOM" in a scroll with a heart behind it was "a last-ditch effort to gain my mother's approval. She hates this one slightly less than the others."

What: Maroon 5 with Magic! and Rozzi Crane