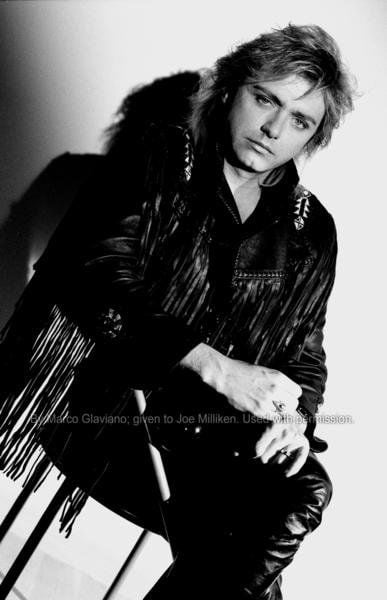 Marco Glaviano/Courtesy photoBenjamin Orr was the bassist and singer for The Cars from 1976 to 1988, when the band broke up. He died in 2000 of pancreatic cancer. 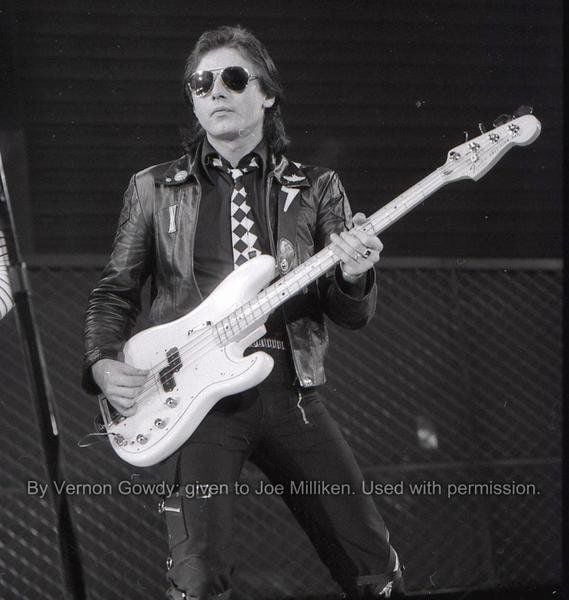 Vernon Gowdy/Courtesy photoBenjamin Orr of The Cars is seen onstage during the band's "Panorama" tour in 1980. 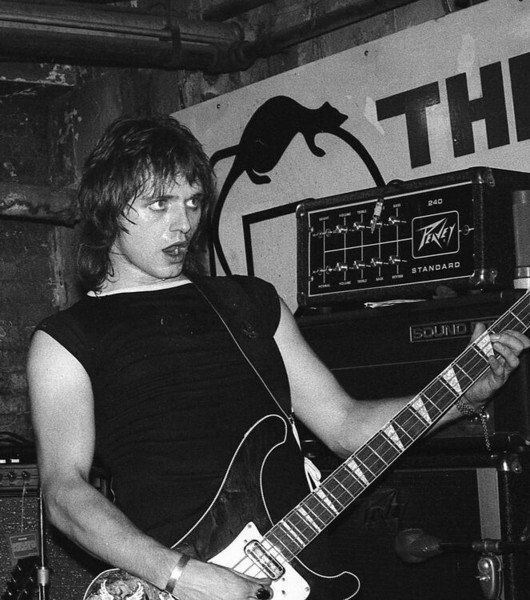 Robert Post/Courtesy photoBenjamin Orr plays bass at The Rat in Boston in 1977. 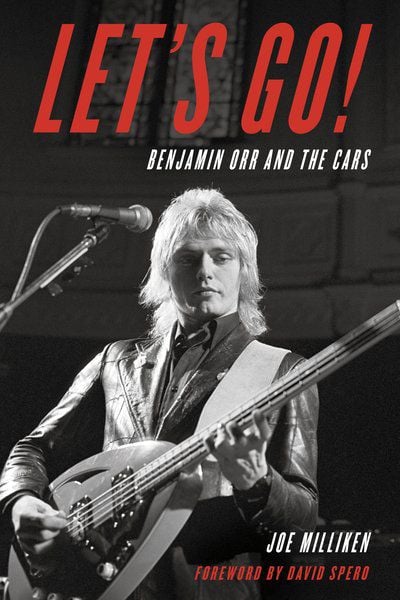 Courtesy image"Let's Go! Benjamin Orr and The Cars" is the first biography of the late co-founder, co-lead singer and bassist of The Cars. 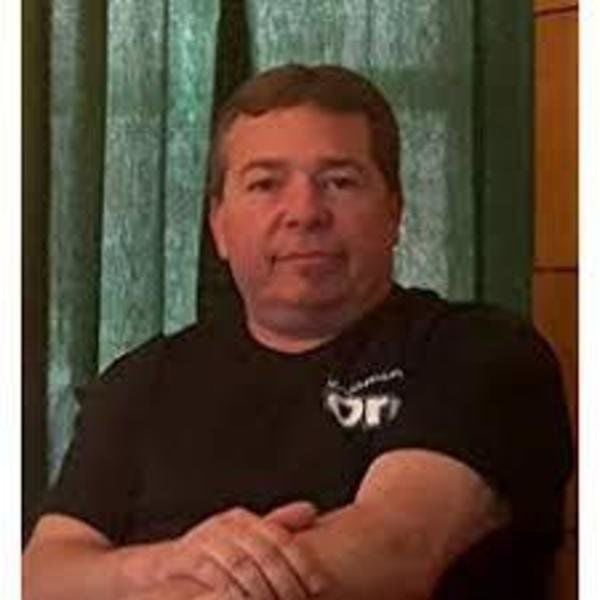 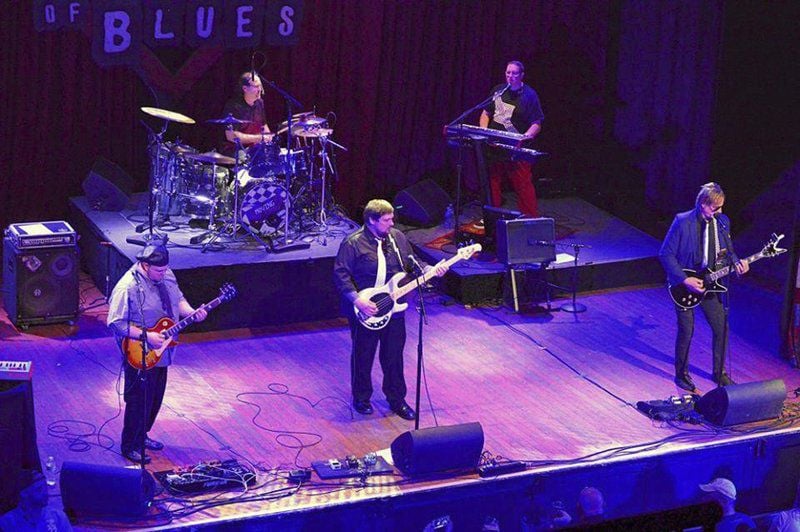 Courtesy photoCars tribute band Moving in Stereo will perform after the book discussion.

Marco Glaviano/Courtesy photoBenjamin Orr was the bassist and singer for The Cars from 1976 to 1988, when the band broke up. He died in 2000 of pancreatic cancer.

Vernon Gowdy/Courtesy photoBenjamin Orr of The Cars is seen onstage during the band's "Panorama" tour in 1980.

Robert Post/Courtesy photoBenjamin Orr plays bass at The Rat in Boston in 1977.

Courtesy image"Let's Go! Benjamin Orr and The Cars" is the first biography of the late co-founder, co-lead singer and bassist of The Cars.

Courtesy photoCars tribute band Moving in Stereo will perform after the book discussion.

The boy knew at 11 years old that he wanted to rock.

Milliken will appear in Beverly at 9 Wallis on Saturday, June 22, for a moderated book discussion with music writer Brett Milano, audience Q&A, book signing and concert.

Moving in Stereo, a tribute band from Ohio, will play covers of songs by The Cars, which started in Boston in 1976 and acquired a Midas touch for hit making.

In the late 1970s and early ’80s, Orr and The Cars — co-founded by singer-songwriter and rhythm guitarist Ric Ocasek — generated a spree of top hits, including “Let’s Go,” “Good Times Roll,” “Just What I Needed,” “My Best Friend’s Girl” and “Drive.”

Moving in Stereo played an earlier “Let’s Go!” book promotion in Cleveland, and the group wanted to be part of the Beverly event, seeing as Boston is where The Cars found their keys, arriving on the music scene.

The band members are driving to Beverly — about 10 hours from Cleveland (the same city where Orr was born and outside of which he grew up, in Parma Heights).

Their tribute is tight, Milliken said.

This is the first book for Milliken, 53, a freelance music writer and married father of two who lives in Vermont. He spent 11 years interviewing and researching Orr’s musical starts, stops, detours and destination.

In the book, he talks to Orr bandmates from his early years, including The Grasshoppers and Mixed Emotions, and bandmates from later years. He also talks to friends, promoters, photographers and others who knew and worked with Orr throughout his life, including Milano, who has written liner notes for The Cars and conducted the band’s final interview before Orr died of pancreatic cancer in 2000 at age 53.

“Let’s Go!” includes memories from The Cars keyboardist Greg Hawkes and drummer David Robinson, the band’s only native of Massachusetts and also the former drummer for The Modern Lovers.

Ocasek and lead guitarist Elliot Easton declined to be interviewed.

Robinson, who lives in Rockport, appears in the book numerous times. In a section early on, he recalls how Orr would always introduce bandmates as his brothers: “Hey, this is my brother David.”

Milliken first heard The Cars in the way most people first heard them some 40 years ago — in a car. He was around 13 years old and in North Walpole, New Hampshire, a third baseman on a Babe Ruth Baseball League team.

“We were heading to an away game,” he recalled. “I got in my coach’s car. He had the debut album, ‘The Cars,’ on an eight-track tape.”

The coach popped the cartridge into its player. After a chunky click, the tape played in stereo. Milliken wondered who in the world was playing this music.

“I instantly loved them,” he said.

Not long after, he remembers going with his parents to Athens Pizza, a pizza joint in his hometown, and pumping a quarter into a jukebox and playing “Let’s Go” from The Cars second studio album “Candy-O” in 1979.

People whom Milliken interviewed said that Orr was a private guy and could be hard to get to know. They also said he had a prankster’s sense of humor, was generous with friends and was nice to his fans.

“He was a very loyal person, a guy who never forgot where he came from,” Milliken said.

After Orr became world-famous, whenever he went back to Cleveland, he would call up the guys he knew from growing up or had been in bands with and get them tickets to the concert, limo rides and backstage passes, Milliken said.

The book includes a variety of impressions that Orr made on people, as well as anecdotes and memories from fellow musicians. Women, in particular, were attracted to Orr’s good looks and rock aura.

The book details Orr’s progression, moving from band to band, entering and leaving the military, and life in The Cars. Milliken presents some entries as verbatim interview conversations.

The book also addresses tension among bandmates and the pressure of having to meet expectations to make hit music.

In large, it’s a tale of Orr’s persistence — and the band’s.

The Cars were eventually signed to a label with an agreement penned on the back of a cocktail napkin.

Mainly, the book follows Orr’s road to stardom. A child who started out taking drum lessons and doing Elvis acts for his parents at their home.

He found he loved music and developed the skills and persona to carve out a living and place in the annals of rock music.