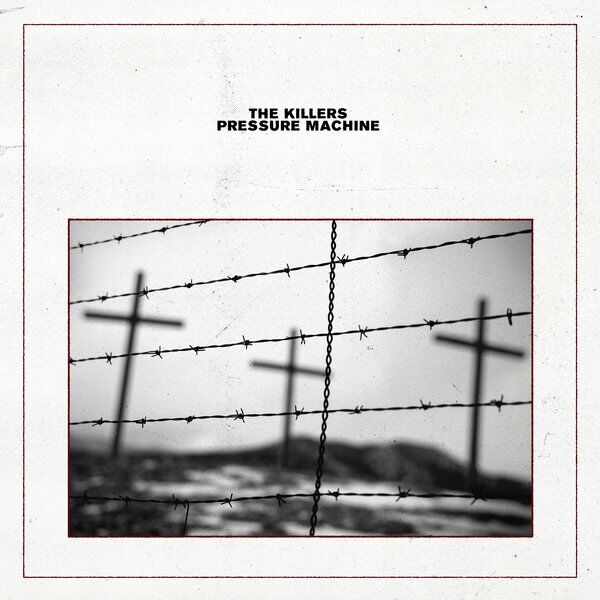 "Pressure Machine" is the seventh studio album by The Killers. 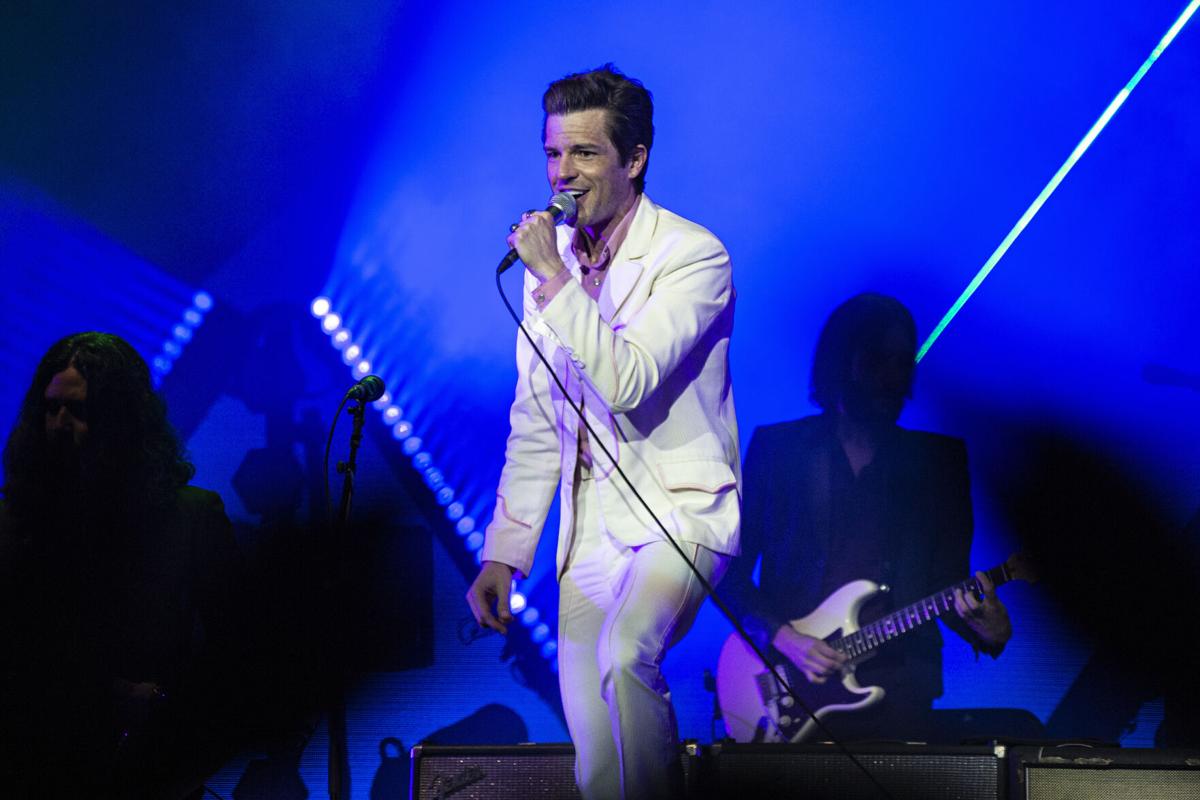 Brandon Flowers performs with The Killers in May 2019 at KAABOO Texas at AT&T Stadium in Arlington, Texas.

"Pressure Machine" is the seventh studio album by The Killers.

Brandon Flowers performs with The Killers in May 2019 at KAABOO Texas at AT&T Stadium in Arlington, Texas.

The latest album from The Killers started, unusually, with silence — lyrics first.

As the pandemic gripped the nation in 2020, words began spilling out of frontman Brandon Flowers, creating little poems based on growing up during the 1990s in the tiny, remote Utah town of Nephi. Poems, it turns out, that were perfect for lyrics.

“I’d never had so many lyrics and stories come out of me the way that they did for this record,” Flowers said. “It was a breath of fresh air, and it was a blessing for me. I don’t know that it’s something that I’m going to be able to rely on for every record, but, man, I took it.”

The rest of the band took on the challenge of turning those poems into songs, and the result is the 11-track “Pressure Machine,” marking a new smaller sonic direction for the band known for arena-ready rock songs like “Mr. Brightside” and “The Man.”

“It was our first time not being ashamed to say the words ‘concept album,’” drummer Ronnie Vannucci said. “This time we had a focus. We had an objective. We knew what it was supposed to be. And it was our job to sort of build around that and create a home for it.”

The songs are told from the perspective of various townspeople, examining everything from “hillbilly heroin” to homophobia, strained marriages, failure and depression.

“Most of these are actual characters that I grew up with or experiences that happened during my time in Nephi,” said Flowers, who was influenced by Sherwood Anderson’s “Winesburg, Ohio” and “Pastures of Heaven” by John Steinbeck.

When Flowers was in eighth grade, some high school seniors were killed by a train. All these years later, he was stunned that the incident carried such strong emotions when he began writing.

The song that emerged — “Quiet Town” — is like something from Bruce Springsteen’s "Nebraska" in its sympathetic, yet clear-eyed look at a small town and their sorrows. The first line of “Quiet Town” begins with “A couple of kids got hit by a Union Pacific train” and later has an image of parents weeping at eulogies: “With their daughters and sons/ Laying there lifeless in their suits and gowns/ Somebody’s been keepin’ secrets.”

While Flowers' portraits of hopeless dreamers, morally dubious police officers, kids' feet dangling in the stream, dissatisfied husbands and devoted churchgoers is very specific, it can speak to many.

“I don’t think you have to be or even know about this town to get it,” Vannucci said. “The beautiful thing about this record is that it is universal, it does speak to a lot of people.”

Adding to an almost journalistic feel is that threaded throughout the album are recorded snippets of interviews with townsfolk made for the band during a recent one-day stop in Nephi. One man talks about spirits in the hills, and a woman recounts a horrific accident to a horse.

“It became just as important as the instrumentation to have these interstitials and these people speaking and sort of inviting you into this place,” Flowers said. “It was such a last-minute decision, and I’m really grateful that we did it.”

“Pressure Machine" comes a year after The Killers' last album, “Imploding the Mirage,” and means the band has put out two albums that they haven't been able to play live for fans.

But “Pressure Machine” puts some pressure on the band to find a way to incorporate its slower, more introspective songs into a set list that usually features sonic bombast and sly humor.

“These are much more laid-back, and there’s a lot of restraint on these new songs,” Flowers said. “So we’re not sure exactly how that’s going to work.”

The band is kicking around ideas, from separate concerts — “You could do one gig at the enormo-dome and then next door at like Pete’s bar for the smaller songs,” Vannucci said — to building a smaller stage for “Pressure Machine” songs.

This is an unsure time for the concert industry, with COVID-19 vaccination rates slumping as the highly contagious delta virus variant sweeps the nation. The outlook once bright at the beginning of summer is less optimistic.

The Killers are scheduled to be part of the mega-concert on Aug. 21 to celebrate New York City, performing alongside Paul Simon, Patti Smith, Bruce Springsteen, LL Cool J, Elvis Costello and Earth, Wind & Fire. They're also due to play the Firefly Music Festival in Delaware and the Sandjam Music Festival in Florida.

“Fingers crossed that we can keep making advancements and people will get vaccinated, and we can turn a corner,” Flowers said. “We were pretty optimistic a couple of months ago. And now it’s starting to darken a little bit. But we can’t wait to get back onstage.”