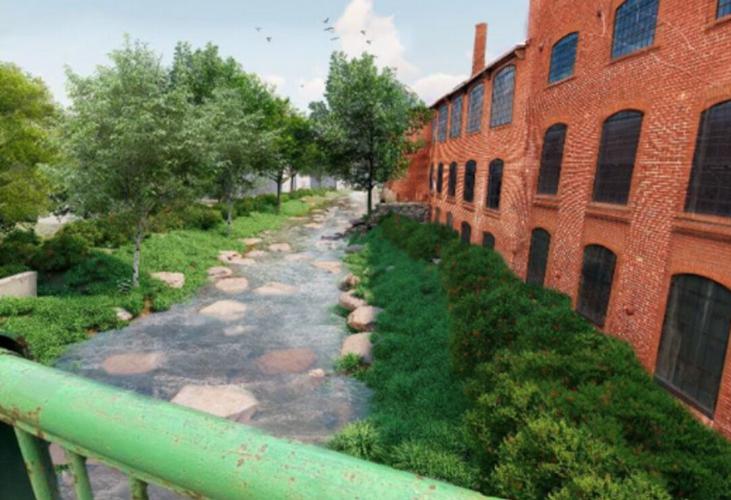 What Little River could look like after the dam is removed and vegetation is planted along its banks. 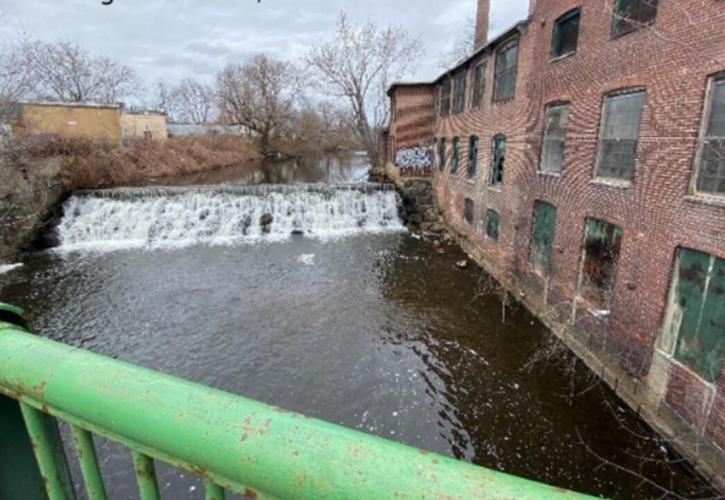 What Little River could look like after the dam is removed and vegetation is planted along its banks.

HAVERHILL — Responding to concerns of neighbors who live along Little River, plans for removing the Little River Dam and returning the river to its natural state have been revised to include more public amenities such as fishing and wildlife viewing spots, walking trails, canoe and kayak access points and even a bridge that crosses the river.

Officials with the company involved in studying the possible dam removal said another feature is channels that will maintain a certain water depth to allow fish to pass, even during dry spells.

The city hosted an open forum on the proposed Little River Dam removal and river restoration design on Wednesday, Jan. 19.

One of several public informational sessions that have been held over the past year, this latest event showcased an update of the project, including how it would provide more opportunities for recreation and river access, and what the environmental benefits would be.

“The mayor’s office has taken great pains to be transparent and encourage public participation in the important project, said Conservation Commission member and spokesman Ralph Basiliere. “Moving forward, people can expect a complete and rigorous permitting process that will also be open to the public.”

Basiliere said there is a demonstrable body of evidence to show that removal of the dam would be beneficial to climate resiliency, although the Conservation Commission has not reached a conclusion and has not seen the final project design yet.

“Every time they remove a dam in the state, fish return and the habitat returns to its natural state,” he said.

Employees of Fuss & O’Neill explained the project, including Julianne Busa, a certified senior ecologist, and her colleagues Phil Moreschi and Sean Arruda, both professional engineers and certified floodplain managers, and Greg Wilson, a professional landscape architect.

Busa said the goals of removing the dam and restoring the river to its natural state are to reduce flooding risk in an environmental justice neighborhood; increase river access points and public green space amenities; remove barriers to aquatic organism passage, and create a demonstration site for nature-based solutions for riverbank restoration and stabilization.

The dam has been there since the early 1800s when it powered the Stevens Mill at Winter and Stevens streets. Another reason to remove the dam is to help market the Stevens Mill building to developers interested in creating housing.

City officials say the sale of the Stevens Mill property to a developer has been hindered in part by liability associated with dam ownership.

Arruda said removing the dam would reduce the potential for flooding by reducing water levels as far as one and a half miles upstream, to the Interstate-495 bridge crossing.

Improvements to the river following removal of the dam would include placing boulders at three strategic locations to maintain a minimum river depth, control the flow of water to minimize scouring and riverbank erosion, and create a low-flow channel to support fish passage.

When the dam is removed and water recedes, it would expose more riverbank, which Arruda said would fill in with vegetation in about two years.

Removal of the dam would also improve water flow and water quality and reduce stagnant water that during the summer results in low oxygen levels and algae blooms. The river should become cooler too, as more vegetation would be allowed to grow, he said.

He noted the state lists Little River as an impaired body of water due to bacteria, trash, and invasive vegetation.

“Another big thing we heard from residents was what the river would look like with trash and debris exposed,” Busa said. “Part of the project would be to remove that trash and debris not only in the area near the dam, but upstream as well.”

She said species of fish that are expected to return to the river after the dam is removed include alewife, blueback herring and the American eel. She said anglers have reported American eel and smelt at the base of the dam and that the various species existed in the river prior to construction of the dam.

Moreschi said removal of the dam would likely result in downstream movement of contaminated sediment, so to prevent it, small volumes of identified sediment would be “surgically” removed.

Leaving the dam in place could eventually result in its collapse, and since it is attached to the Stevens Mill, it could damage that building as well, he said.

Moreschi said the state’s Office of Dam Safety classified the dam as a significant hazard structure and if it failed, it would create a hazard to the Winter Street bridge and cause more damages downstream.

Busa said the next steps in the process include finalizing the design by June followed by requests for permits, which she said would take about a year, then seek additional funding for the project.

“It will be a few years before people see anything happen on the ground,” she said.

The Army Corps of Engineers will be involved in this project, she said.

“We will be working with them along with state regulatory agencies to make sure we are producing the best ecological outcomes we can and that we are incorporating the community amenity pieces,” she said.

Additional public forums are being planned as the project enters its permitting phase, she said.

To learn more, visit cityofhaverhil.com and click on the link to Little River Dam project.