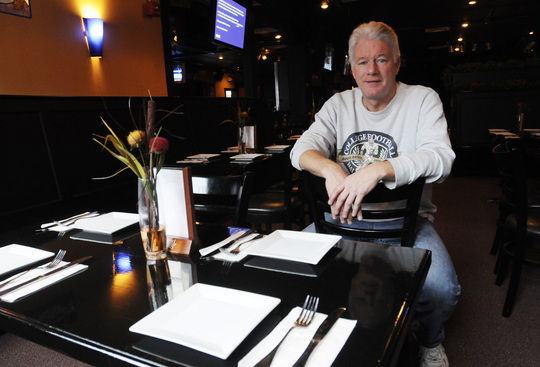 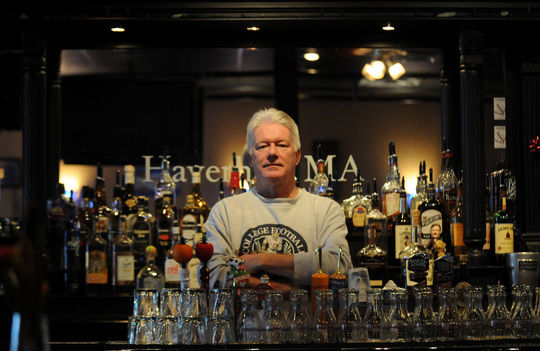 HAVERHILL — The downtown restaurant scene is branching out.

The former Archie's Place on Washington Street reopened this week at the site of the former J.P. McBride's in Lafayette Square, which closed this summer, then operated for a short time as the Little River Ale House.

Tom "Archie" Archambault, who was forced to close his restaurant at 46 Washington St. in July, said he recently merged operations with the owner of the ale house and is reopening it under the name, "Archie's Little River Ale House."

Archambault said his new restaurant will continue the style he began downtown in January of 2010 when he opened Archie's Place on Washington Street.

"I'm bringing most of my kitchen and waitstaff and menu," Archambault said. "We'll have a full menu in place of a pub menu and 24 draft beers, more than they were serving before."

Archambault said he was forced to close Archie's Place in July after the owner of the commercial condo he had been renting encountered financial difficulties and the unit was foreclosed on.

It was recently purchased at a foreclosure auction by Ivan Yee, who owns Oriental Gardens, a popular Chinese restaurant in Westgate Plaza. "It would most likely not be a Chinese restaurant, but it will definitely be a restaurant," Yee said. "We may rent it out, but at this time I purchased it as an investment and I don't have any definite plans."

Yee said the ground-floor condominium where Archie's had operated is a great location for a restaurant.

"It's very vibrant down there and I'd want something that would fit well," Yee said. "But at the moment I just don't know what I'm going to do with it."

Yee stressed that he has no intention of closing or moving Oriental Gardens.

"We are definitely staying at Westgate Plaza," he said.

William Pillsbury, the city's economic development and planning director, says the interest Yee is showing in the downtown is exciting and that he is looking forward to working with him on his plans.

"It's great to see Archie's reemergence, as he had a great following downtown," Pillsbury said about Archambault. "I consider Lafayette Square to be part of our downtown restaurant district."

Pillsbury said new developments such as the Hamel Mill Lofts and the Cordovan have helped to broaden the downtown, making the Lafayette Square and River Street gateways more attractive to new businesses, including restaurants.

He said Boston Chowda opened this year on River Street at the foot of the Comeau Bridge, while further down the street Tacos Lupitas has become a popular dining destination.

"With the recent opening of our new parking garage in the Granite Street and Moulton Way area, there should be plenty of parking for everyone," Pillsbury said.

Archambault said that after closing Archie's this summer he was unable to find another location in the restaurant district that fit his needs or his budget.

"Although the downtown is a good place for business, whatever I looked at needed too much in the way of renovations," he said. "As a renter, there's no sense in putting money into a place."

The new Archie's Little River Ale House will be a mix of old and new, Archambault said.

"We'll have about 70 percent of our old menu, including popular items like our steak tips, ultimate nacho platter and black Angus burgers, along with some new entrees," he said. "It's going to be a home-town restaurant with almost the same feel as Archie's."

His new restaurant will have seating for about 85 people along with a stage.

"We hope to have live music after dining hours, such as one- or two-piece acoustic bands," he said. "We also have a few more flat screen televisions and we'll have background music playing."

Archambault says the focus will be on dining.

"We want it to be the kind of family atmosphere like we had at Archie's," he said.

Archambault sad there should be even more parking for his customers than he had downtown, as the restaurant lot has room for about 40 cars.

"There's also a lot across the street (next to Metro PCS at Hillside Street) which holds 15 to 20 cars, and Burns (automotive) is allowing us some parking in their lot," he said.