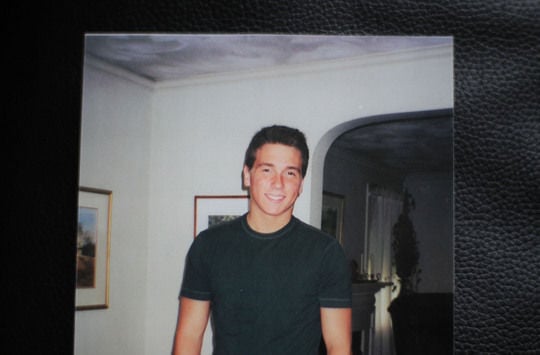 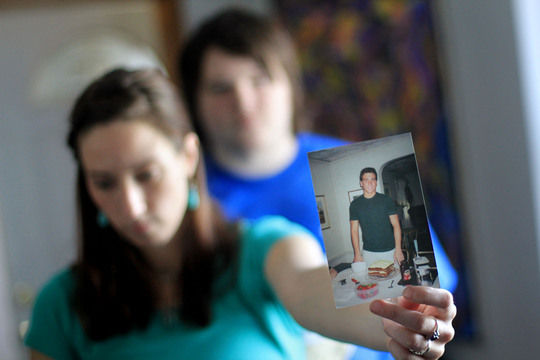 Brittany and Brendan Allen, siblings of Charlie Allen, hold a photo of their brother who went missing in 2007. A television program about missing persons will broadcast a story about Charles tonight on the Discovery channel at 10 p.m.

Brittany and Brendan Allen, siblings of Charlie Allen, hold a photo of their brother who went missing in 2007. A television program about missing persons will broadcast a story about Charles tonight on the Discovery channel at 10 p.m.

HAVERHILL — Charles and Ann Allen hope that a television program about missing persons will lead to finding their oldest son, who has been missing for nearly four years.

Tonight at 10 p.m., the Discovery Channel's program "Disappeared," will turn its spotlight on the search for Charles Allen Jr. of Haverhill, who was last seen Oct. 12, 2007.

"We can only hope that somebody recognizes Charlie and that he shows up," Charles Allen Sr. said. "I would say this will be the most exposure this story has received so far, as it will be national and international."

Charles Allen Jr., whose 26th birthday is tomorrow, was in his senior year at UMass Dartmouth at the time of his disappearance. About a month before he disappeared, he had legally changed his name to Neo Babson Maximus. His family said the only name they've ever used is "Charlie," although Neo Babson Maximus is the name used in past news and television programs about his disappearance, as well as on a social networking site a friend created as one effort in the search.

Charles Allen Sr. said he, his wife, Ann, their daughter Brittany, 24, and their son Brendan, 19, hope that someone watching the Discovery program will recognize him.

"Somehow they heard about Charlie's case and contacted the investigator, Dartmouth Police, and eventually us," Charles Allen Sr. said about the show's producers. "It began with phone interviews over the winter, then a visit with us for more than 10 hours where they spoke with me, my wife and our daughter separately. They wanted to know from the beginning what happened, how it happened, and our feelings, and they spent a solid week in the area interviewing other people and filming."

Charles Allen Jr. (Neo Babson Maximus) is a 2003 graduate of Haverhill High School. He disappeared shortly after his sister Brittany called him on his cell phone on the night of Oct. 11, 2007. She had asked him why he had deleted his Facebook account and he told her he had not, and that people were after him.

"He said he didn't feel safe and that he should probably move back home," Brittany Allen said about her brother. "I hope to God he's alive.''

Extensive land and aerial searches had failed to find him. Another search conducted on the one-year anniversary of his disappearance also failed to turn up any clues.

But one reported sighting at the time of his disappearance had raised his family's hopes. A woman in Dartmouth told police that a man wearing only pants and sneakers entered her house through a second-story window around 3 a.m. on Oct. 12, 2007 — the day after Charles Allen Jr. disappeared. She said the intruder seemed confused and that he was looking for one of his college friends, who he thought lived there. Police found Charles' sneakers not far from there a few days later. They also found his backpack filled with school supplies in the woods near the college.

Charles Allen Sr. said his son had struggled with bipolar disorder which caused him to become manic at times, and which often made family life difficult. He said things seemed to be going well at the start of his son's senior year at UMass Dartmouth, then something went wrong. He said his son had stopped taking his medication and that it may have caused his thoughts to become confused.

In messages left on his parents' cell phones he talked about heading south to Florida or Texas.

"Somewhere warm is what he said," Charles Allen Sr. said. "Our hope is he decided to take off and start a new life and that he will eventually decide to come back. We don't want to consider the alternatives."

Ann Allen said a television program called "Psychic Kids,'' which aired more than a year ago, also focused on her son's disappearance.

"It got his face on TV, along with his name and story, although nothing came of it," Ann Allen said. "But it was a way of keeping the story out there."

She hopes that tonight's show will reach an even greater audience.

"We really have no reason to give up hope," she said.