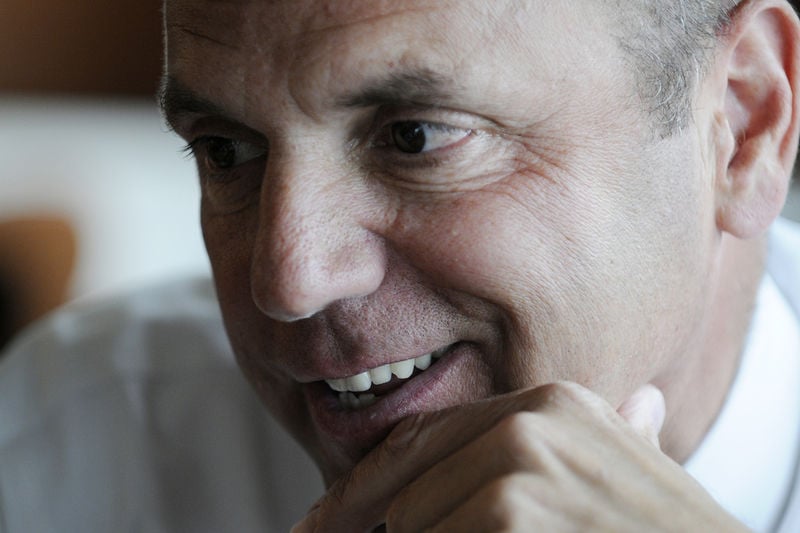 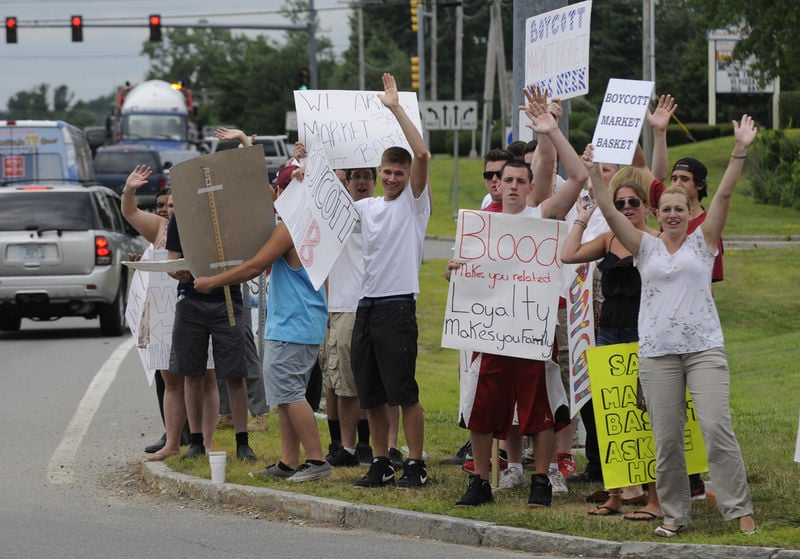 Workers rally on Route 102 near the entrance to Garden Lane in Londonderry, which leads to Market Basket. The store is the largest in New Hampshire. 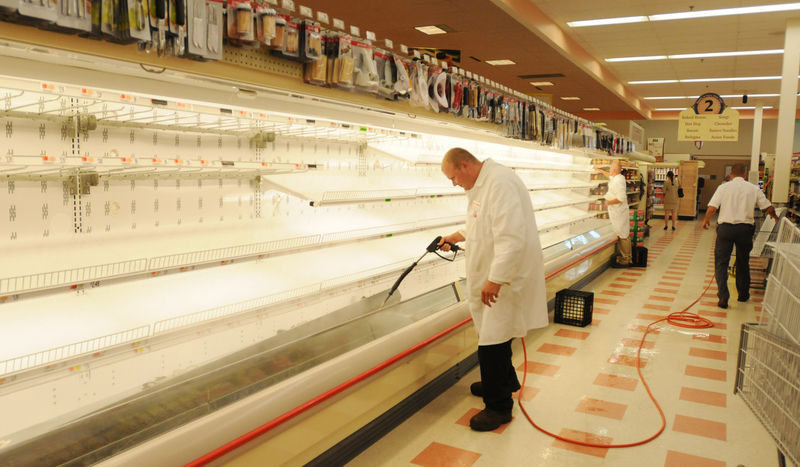 PAUL BILODEAU/Staff photoJustin Lefebvre cleans out a refrigerated meat case at the Londonderry Market Basket, the largest store in New Hampshire. With few customers, workers have spent a lot of time cleaning. 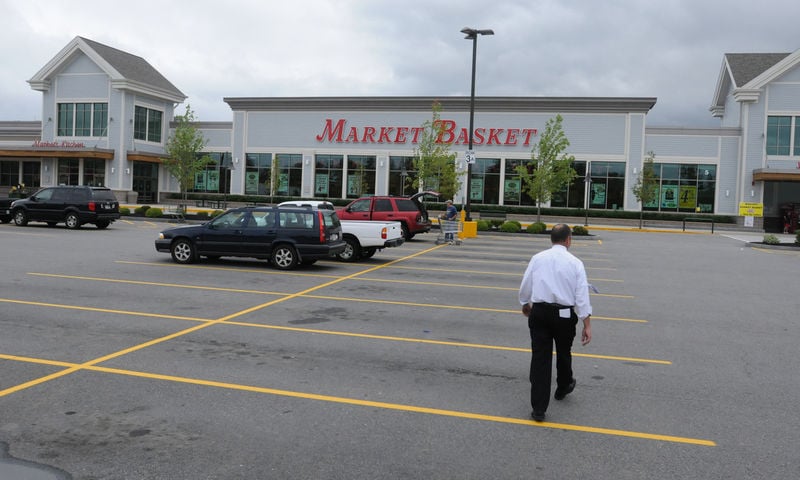 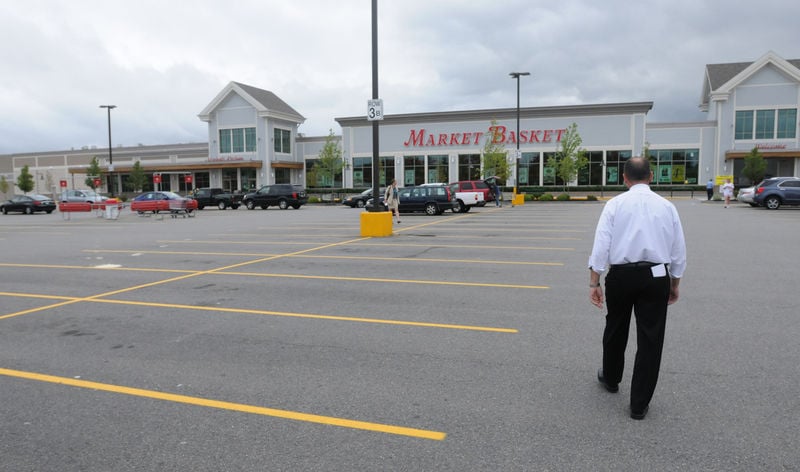 PAUL BILODEAU/Staff photoMarket Basket Londonderry store manager Mark Lemieux walks through an almost empty parking lot as he heads back to his store after checking in with his store employees waving signs along Route 102. 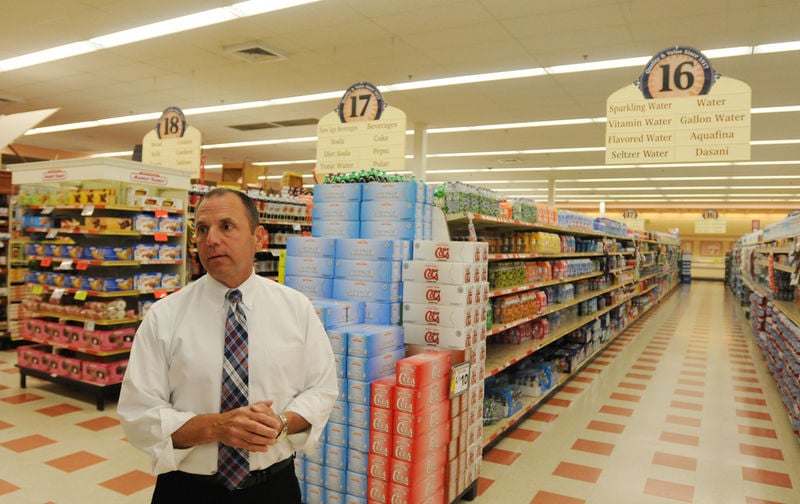 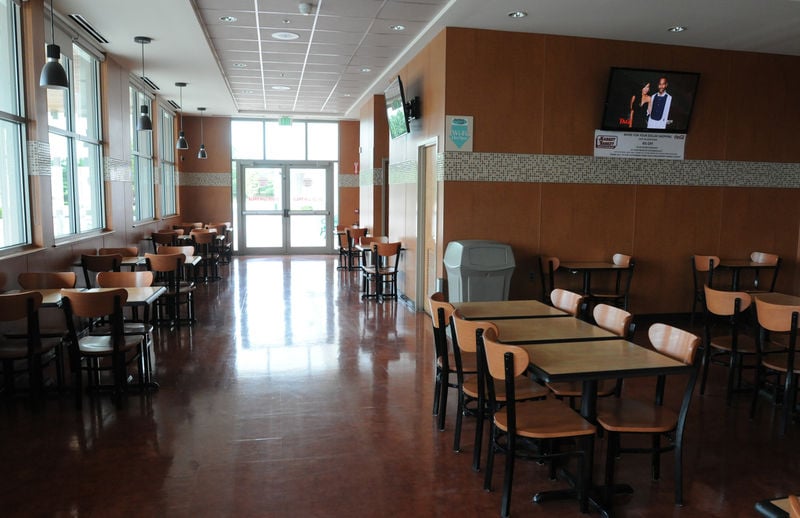 Workers rally on Route 102 near the entrance to Garden Lane in Londonderry, which leads to Market Basket. The store is the largest in New Hampshire.

PAUL BILODEAU/Staff photoJustin Lefebvre cleans out a refrigerated meat case at the Londonderry Market Basket, the largest store in New Hampshire. With few customers, workers have spent a lot of time cleaning.

PAUL BILODEAU/Staff photoMarket Basket Londonderry store manager Mark Lemieux walks through an almost empty parking lot as he heads back to his store after checking in with his store employees waving signs along Route 102.

LONDONDERRY — Sales at Market Basket here, the biggest in New Hampshire at 108,000 square feet, were down 89 percent Wednesday over a week ago.

Lemieux, 53, is a 37-year Market Basket employee. He’s come a long way since he started as a bagger in 1977 at Store Number 2 on Bridge Street in Lowell. He worked his way up through the ranks, getting his first store in 1995 in Milford.

For that, he thanks Arthur T. Demoulas, deposed CEO and the man at the heart of the extraordinary story unraveling around the 71-store grocery chain.

“The culture in this company is like no other company in America,” Lemieux said yesterday. “We have a company where high school graduates can be promoted through the ranks to store manager or vice president, just through hard work and dedication.”

That hard work and dedication have been well rewarded beyond advancement under Arthur T.’s leadership, he said.

“Since 1963, the company has contributed 15 percent of eligible wages to profit sharing, sometimes 20 percent, which is unheard of,” Lemieux said.

And profit sharing isn’t reserved for top managers. Any employee who works at least 1,000 hours a year and is over 21 years old can participate, he said.

In return for good wages and solid benefits, he said, the company gets dedicated, enthusiastic employees with a “super work ethic like no other.”

That’s all on the line now, according to Lemieux.

Employees and supporters will rally this morning in Tewksbury while the company’s directors meet in Boston.

Employees want Arthur T. reinstated as company CEO and president — and they won’t settle for anything less, Lemieux said.

Yesterday, less than 24 hours before he and two busloads of employees would head south to Tewskbury, Lemieux was optimistic the board would do just that.

He said Arthur T. is the man for the job, not co-CEOs Felicia Thornton and James Gooch, installed by his cousin and rival Arthur S. Demoulas.

Lemieux cited Arthur T.’s “great vision” for the company, including the design of his own new store, his care for employees, his dedication.

He said he believes Arthur T. will be reinstated.

“He’s the right man to run this company,” Lemieux said. “The CEOs were just brought here to stabilize the company for sale and they have failed miserably. I think they thought we were all sheep, turns out we were sheep with teeth.”

The company has gone pretty far off track since Arthur T. was fired last month.

Inventory is low at most stores, almost nonexistent at others. Produce is tough to come by, seafood as scarce as shoppers.

In Londonderry yesterday, there were a handful of shoppers perusing the wide aisles of the store. But the lights were off in the bakery, the cafe was deserted, the prepared food area dark.

Ice cream packed the freezers and the dairy cases were almost full. But it didn’t matter. Most customers are staying away, honoring employees’ request to boycott the store until Arthur T. is back.

There are some 600 employees at the Londonderry store, Lemieux said, nearly 500 of them full time.

Their average tenure with the company is 15 to 20 years, he estimated.

The store, which opened across the plaza from the former building in June 2011, is one of the chain’s top 10 producers in the company, he said.

No one would guess that yesterday.

On an average day, between 3,500 and 6,000 customers walk through the automated doors to shop, he said. That number dropped to 724 customers Wednesday, according to Lemieux.

“If you had a graph, it’s going down every day,” he said.

Even in the harshest of winter storms, customers manage to make it to Market Basket. In fact, storms often drive people in to get some hot food, charge cellphones and laptops, watch a little TV.

In the winter of 2011-2012, the store’s first, a fierce snowstorm left many local residents in the dark for days. Market Basket became the go-to place for many.

The line for coffee snaked halfway across the front of the big store, Lemieux said.

“We were almost like a shelter for the town,” Lemieux recalled. “There was a Patriots game on that Sunday and we kept the doors open so people could watch the game. That’s what we’re talking about, that’s what we’re about.”

Workers yesterday lined the corner of Route 102 at the entrance to Garden Lane. They held signs, waved, encouraged passers-by to honk their horns in support. At the store itself, some employees worked on more signs outside the entrance. A tractor-trailer unit, now sporting a “Boycott” label above the Market Basket sign, was parked near the entrance.

Lemieux said no one was making employees stand in the sun, holding signs in support of Arthur T.

“No one told them to be out there,” he said. “They’re all there of their own free will.”

And, he said, they will be there until Arthur T. is back at the helm.

“If they don’t, they’re going to have a lot of empty stores again next week and a lot of empty trucks sitting idle until this is done,” he said. “We’re not backing down.”

Lemieux’s life has been turned upside down.

“It’s all consuming. It’s definitely a battle, like nothing I’ve ever been through in life,” he said. “I think you have to remember where you came from, what’s owed to this company and this man. It’s time to give back.”

Lemieux said he sent a card to Arthur T. after he was fired, thanking him for everything he had done for him and his family.