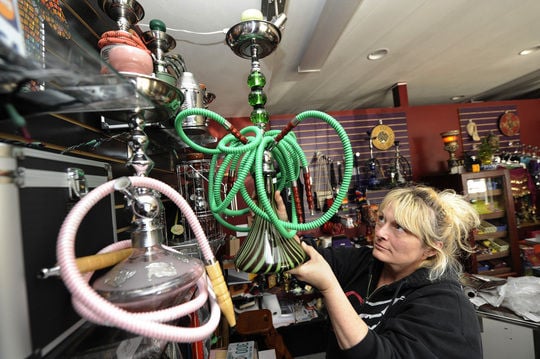 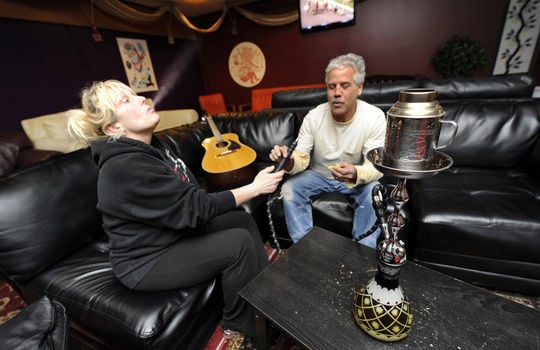 PELHAM — Five months after getting a hookah lounge, Pelham is adding a cigar bar to a lineup of businesses including a long-established discount cigarette shop. Together, the businesses are turning busy Route 38 into New Hampshire's tobacco road.

Owners believe tax and regulatory policies in neighboring Massachusetts are stoking the smoking.

The culture may be different, too.

"What's really happening is that Massachusetts is just so anti-smoking that it's all happening right here over the border," said Deborah Gibbons, owner of The Singin' Bowl hookah lounge.

The Planning Board on Monday night approved a change of use for 95A Bridge St., the first key step to opening Cubano's.

People will be able to buy and smoke cigars in Cubano's, Gagnon said.

"It's going to be primarily your higher-end cigars," he said.

Gagnon is from Pelham. He has three co-owners: Tom Pellegriti of Pelham, and Donna Roberts and Sharon Bemis of Dracut.

"We're primarily looking for cigar connoisseurs, but we will have fine scotches and spirits," Gagnon said.

Planning Board Chairman Peter McNamara said the approval is subject to the town confirming the adequacy of the septic system, a process he characterized as typically routine.

Cubano's would be located in a small plaza on Bridge Street — Route 38 — the main thoroughfare through town. Hours would be 10 a.m. to 11 p.m., seven days a week.

"We hope to be open in May or the beginning of June," Gagnon said.

Last year, the town approved The Singin' Bowl, a hookah bar and lounge located nearby at 10 Bridge St. It opened in November.

A hookah is a pipe-like device that filters and cools smoke, usually through water. It is a form of smoking that has its roots in India, but is growing in popularity in North America.

Gibbons said the process produces more of a vapor than smoke.

"This is really the safest way to smoke," she said. "It's fruit with a mix of tobacco. "We offer tobacco-less shisha. That's fruit mixed with glycerin, molasses or honey."

Business has been good, according to Gibbons.

"We've been getting a lot of younger people who are into the arts," she said. "We're starting to get the 40-somethings."

And, she said, there's room for more smokers.

Gibbons welcomed the competition from Cubano's, whose owners she knows, though she concedes the businesses cater to a different clientele.

The town also is home to Ace Discount Cigarettes at 30 Bridge St. Owner Chris Matte said Ace has been in business for nine years.