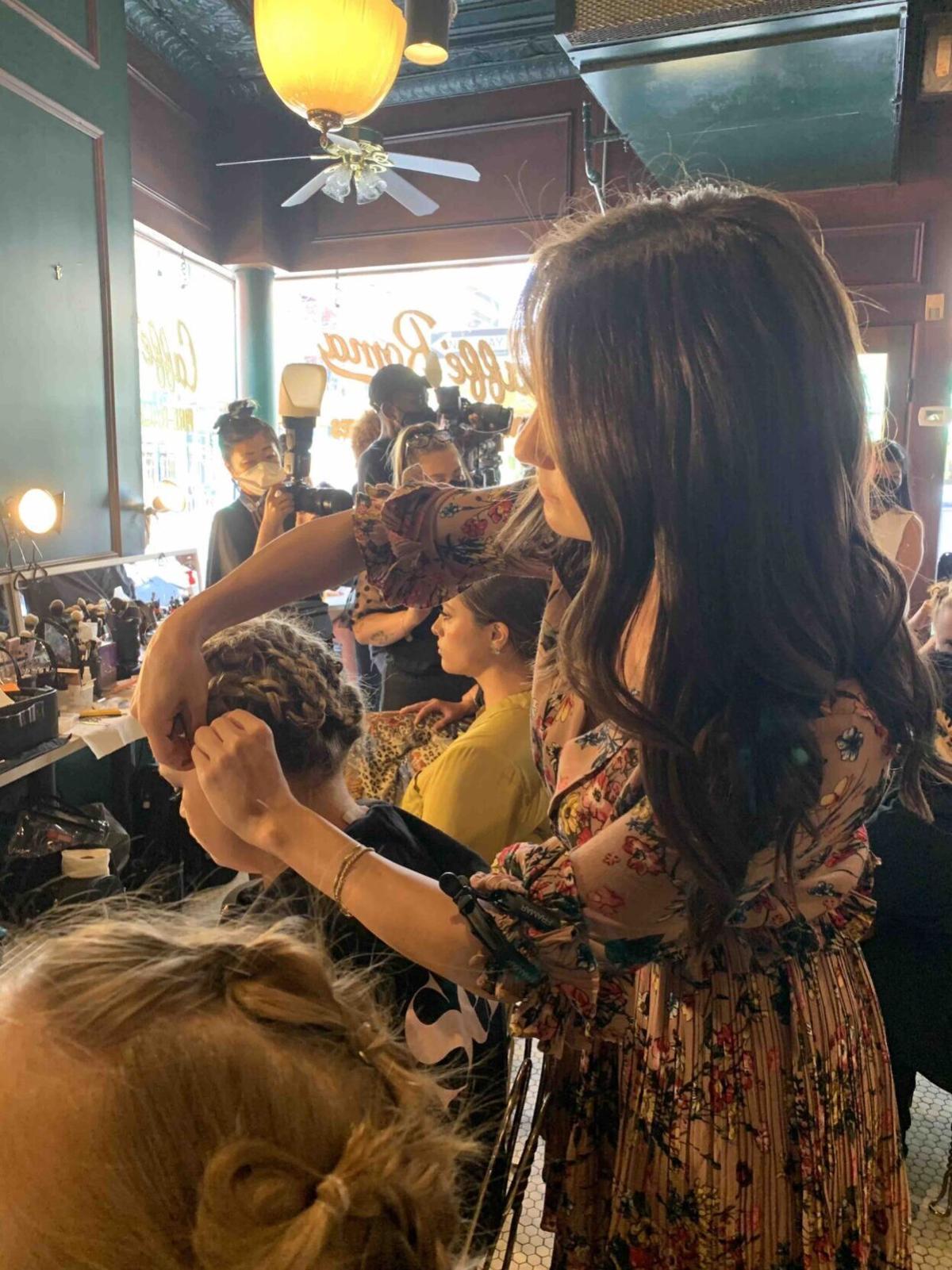 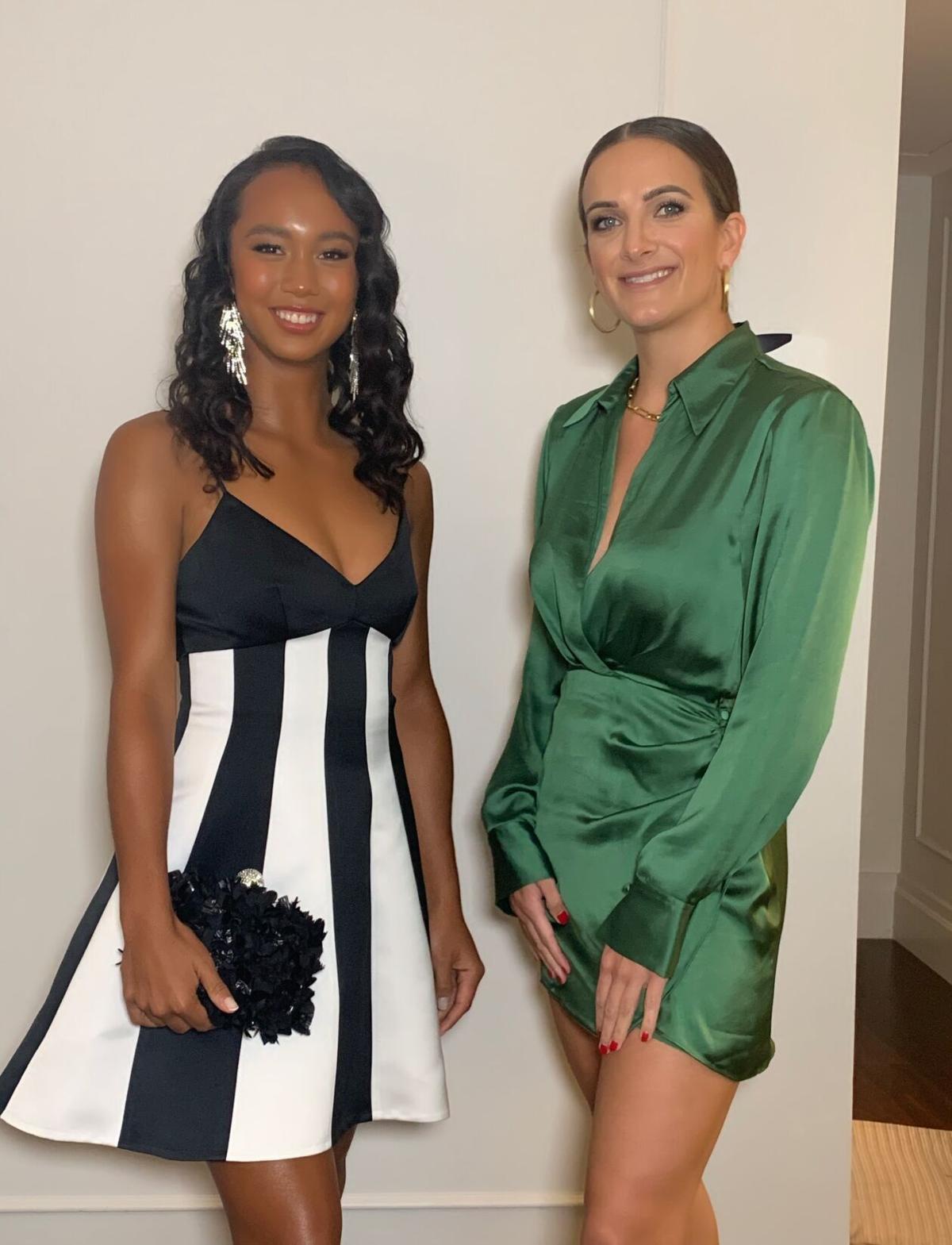 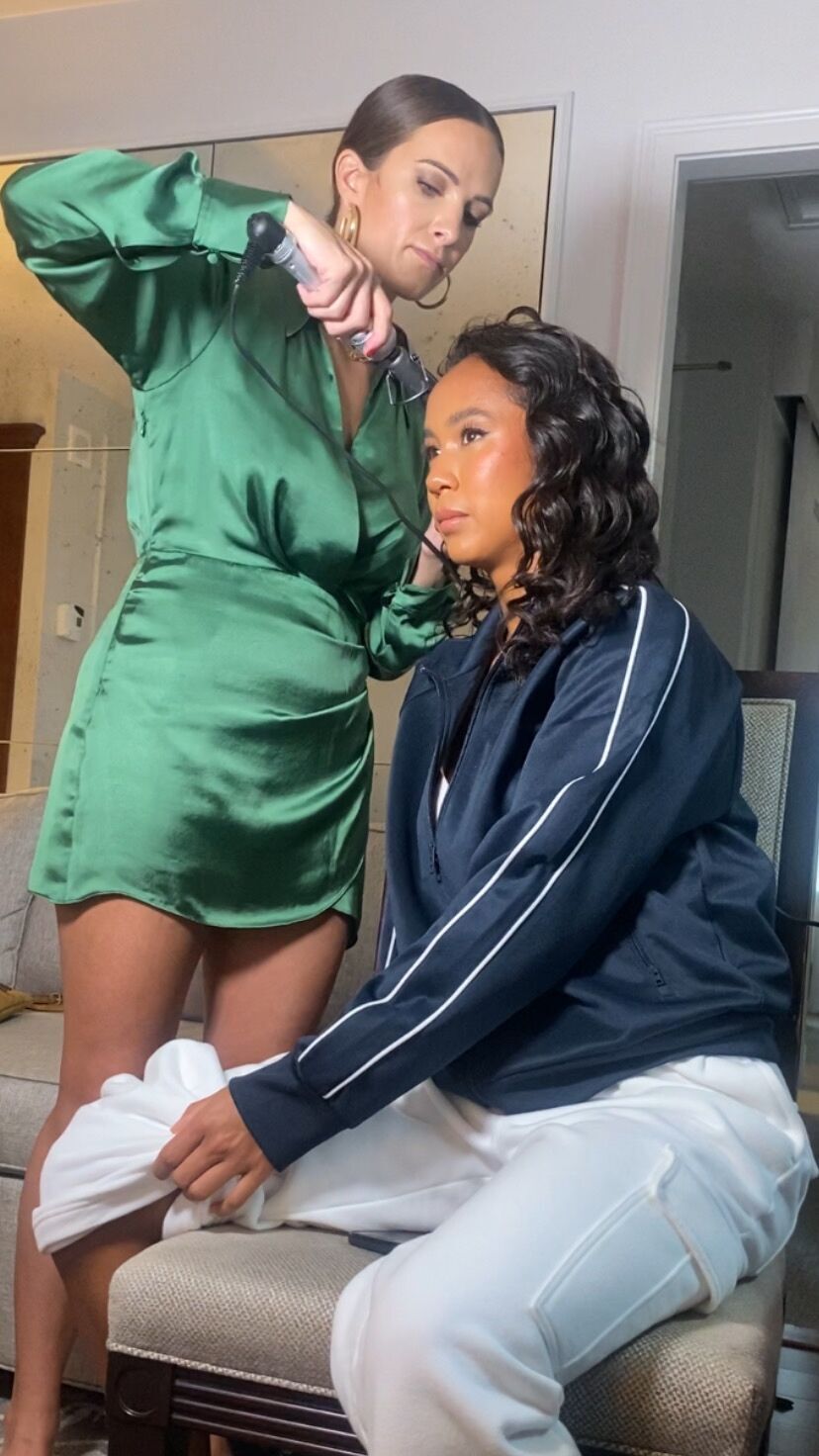 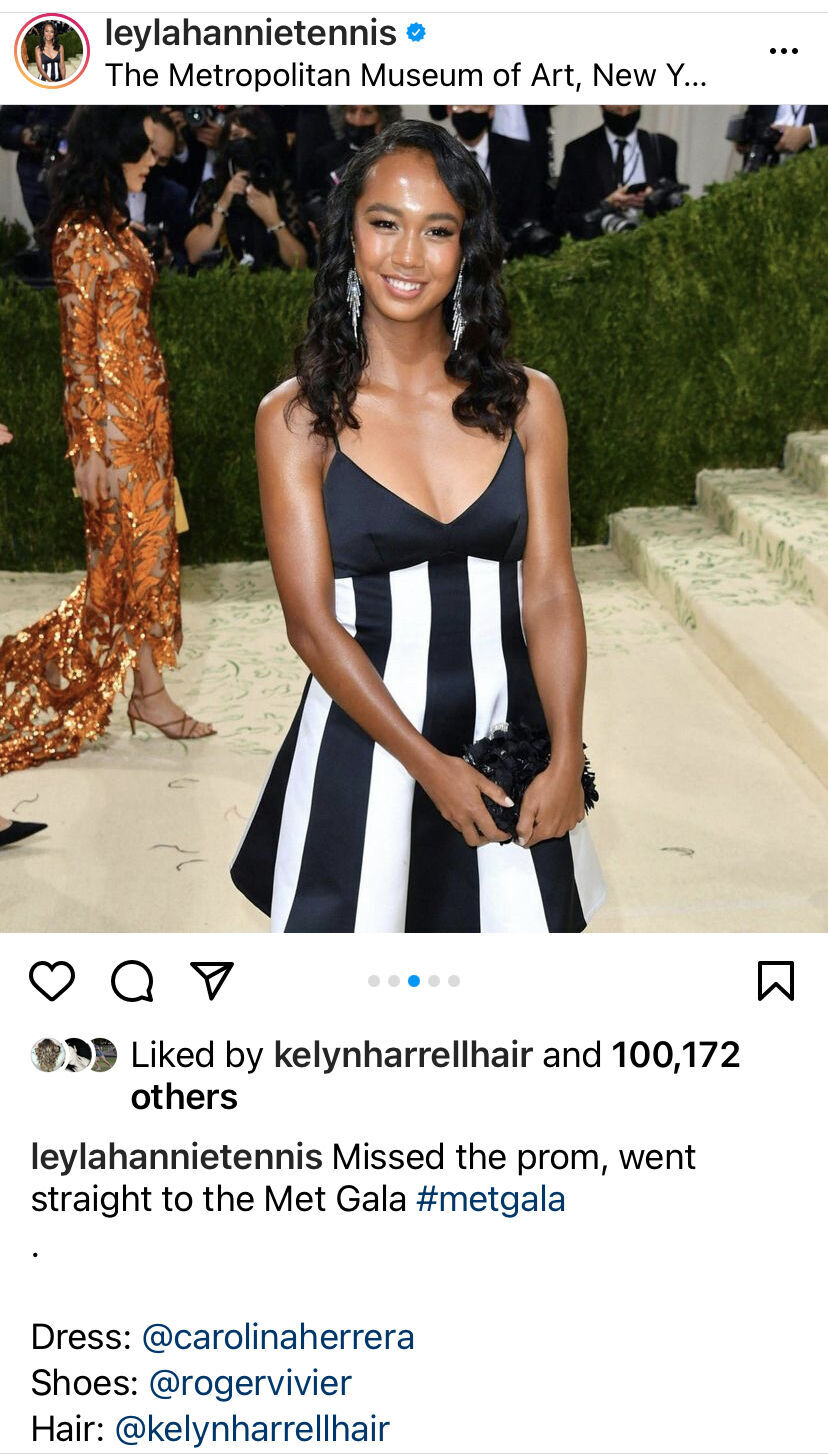 NEWBURYPORT — A chance encounter at a New York City restaurant with an acquaintance of professional tennis player Leylah Fernandez resulted in local hair salon owner Kelyn Harrell seeing her flair for hair at the Met Gala, one of the most prestigious social events of the year.

Harrell, who opened Adore Salon on Water Street last month, said she was asked to do Fernandez’s hair for the charity gala held each year to raise money for the Metropolitan Museum of Art’s Costume Institute.

Gala attendees also raised plenty of eyebrows with their extravagant and sometimes controversial costumes and outfits.

Days before the Met Gala on Monday, the 19-year-old Fernandez was vying for the U.S. Open championship but lost in the finals to Emma Raducanu.

While Fernandez was battling her way to the finals, Harrell was in New York City taking part in the annual Fashion Week.

“Never in my wildest dreams did I think I would be asked to do Leylah’s hair for the Met Gala on Monday but that’s exactly what happened,” Harrell wrote in an email to The Daily News.

“Leylah and her family and friends couldn’t have been more amazing,” she added. “Leylah missed her high school prom for tennis but i think the Met Gala made up for it. As soon as i was done I rushed back to my hotel room to watch the red carpet live on TV. Leylah rocked it side-by-side with some of the world’s biggest superstars.”

When interviewed at her salon Thursday afternoon, Harrell said scoring such a prestigious gig could pay dividends for her career as word of mouth spreads.

“It was awesome,” Harrell said, moments after finishing up with a client at her four-chair salon.

Harrell said the first five minutes in the budding tennis superstar’s hotel room was nerve-racking but it did not take long for the jitters to dissipate.

The visit lasted about two hours and included speaking to the designer of Fernandez’s dress about what hairstyle fit the outfit the best, and chatting with her family.

“She’s just a normal 19-year-old girl who had become famous in the last month,” Harrell said.

The Salisbury resident grew up in Ipswich and graduated from Triton Regional High School. She learned her trade at Portsmouth Beauty School of Hair Design in Portsmouth, New Hampshire, in 2006.

“Opening a business has been the hardest thing I have ever done in my life,” Harrell said in an email.

“Some days it felt impossible. The day I opened, with the feeling I got, I knew that every second of hard work in my career was worth it and that great things were headed my way.”

Dave Rogers is a reporter with the Daily News of Newburyport. Email him at: drogers@newburyportnews.com. Follow him on Twitter @drogers41008.

Dave Rogers is a reporter with the Daily News of Newburyport. Email him at: drogers@newburyportnews.com. Follow him on Twitter @drogers41008.