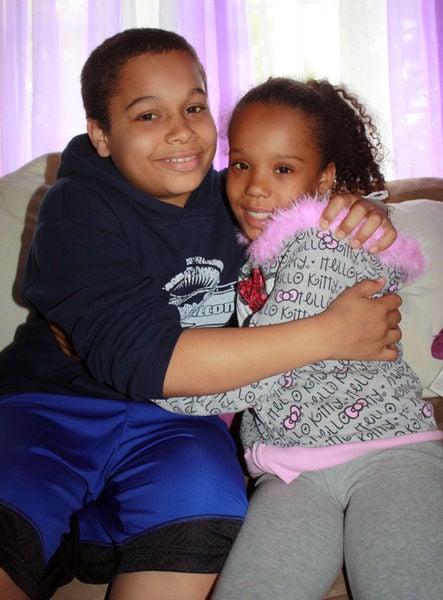 Jordan Franco, 12, a sixth-grader at the school, with his sister, Jeyza, 9, a third-grader. 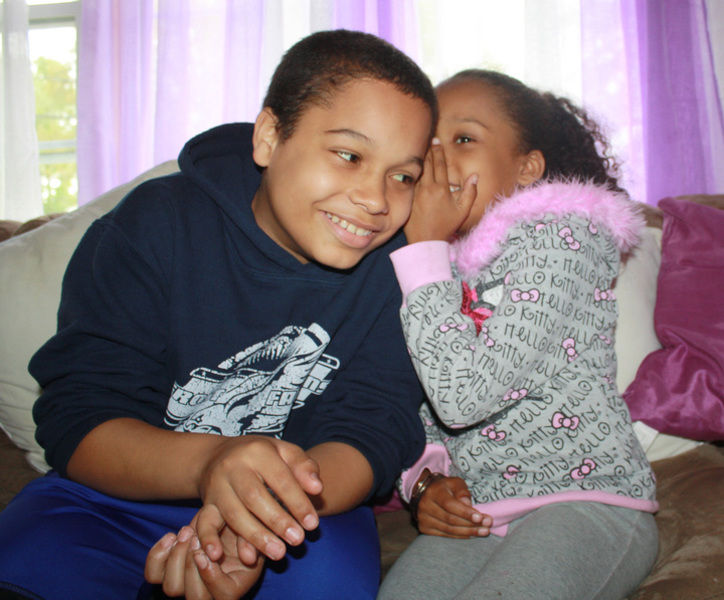 YADIRA BETANCES/Staff photo. Staff members at the Robert Frost Middle School in Lawrence are holding a bone marrow drive for Jordan Franco, 12, a sixth grader at the school. Jordan was diagnosed with Sickle Cell Disease, a hereditary blood disorder which results in periods where Jordan is often hospitalized to manage the pain. He is pictured with his sister, Jeyza, 9, a third grader at Frost School who also has the disease.

Jordan Franco, 12, a sixth-grader at the school, with his sister, Jeyza, 9, a third-grader.

YADIRA BETANCES/Staff photo. Staff members at the Robert Frost Middle School in Lawrence are holding a bone marrow drive for Jordan Franco, 12, a sixth grader at the school. Jordan was diagnosed with Sickle Cell Disease, a hereditary blood disorder which results in periods where Jordan is often hospitalized to manage the pain. He is pictured with his sister, Jeyza, 9, a third grader at Frost School who also has the disease.

LAWRENCE — Jordan Franco is a typical 12-year-old who likes to run, jump, climb and play football.

Unfortunately, he is not able to do any of that because he suffers from sickle cell disease, a blood disorder that causes severe pain. He has undergone various blood transfusions and long hospital stays which has kept him out of school for days or weeks at a time.

On Saturday, staff members from the Robert Frost School, where Jordan is a sixth-grader, are organizing a bone marrow drive for him at Relief’s In, 1 Market St.

“He’s a nice boy. We want to see him in a place where he can physically be able to do what he likes and we’re hoping this is going to be it,” Frost Middle School principal Ellen Baranowski said.

Baranowski said she was approached by Jordan’s sixth-grader teachers and last year’s fifth-grade teachers on how to help him and his family. They came up with a bone marrow drive through Be the Match organization.

In addition to Baranowski, leading the drive are Mike Guertin, math; Deborah Marcionek, Jordan’s math and science teachers respectively; Susan Collins, fifth-grade math and home tutor and Christina Spinelli, counselor. Shelly Gola, president of the Frost School Parent Teacher Organization, and other members will serve snacks and sell raffle tickets. The Relief’s In is providing the space free of charge and the South Lawrence branch of TD Bank is community sponsor.

Jennifer Franco, single mother of three, is happy the school and community is hosting the bone marrow drive for her son.

“I was really happy and thankful when I found out they were having the drive,” she said. Jordan has been on the bone marrow donor list for more than six years.

“It’s a long process and you go through a lot, so when the teachers came up with the idea, I thought ‘Why not?’ “

The bone marrow drive is one of the few pieces of good news Franco has had for a long, long time.

Jordan was born with sickle cell disease. He has twin siblings, Jeizahias and Jeyza, 9, third-graders at Frost School. Jeyza was diagnosed with the illness when her mother was two months pregnant. While she is physically doing well, the disease will progress as she gets older. Jeizahias is disease free.

“It’s devastating seeing your child so sick,” Franco said. “I prepare myself mentally and have to be strong because if I’m not, who’s going to do it for them.” She said her mother, Joaquina Martinez also of Lawrence, offers a lot of support babysitting the twins when she has to take Jordan to the hospital and being there for her emotionally.

Franco works and attends Middlesex Community College where she is studying to become an ultrasound technician.

She spends as much quality time as she can with Jordan, Jeizahias and Jeyza. Sunday is “Funday” when she takes them to the park, skating, go-karts and to play lazer-tag.

There is one game Jordan wishes he can play — football, which he played up until last year.

Franco had to pull him out for health reasons.

“He couldn’t physically play because it caused him more pain and his breathing got worse,” Franco said.

Dealing with Jordan’s illness has been stressful on Franco and knowing that she eventually will go through the same with Jeyza.

“I pray, asking God what I can do because I don’t know what else to do,” she said. “Other times, I lay in my room and cry and cry until I can’t cry anymore.”

He is confident he may find a match.

“There are millions of people in the world and at least one person will be a match,” he said.

Baranowski is not surprised.

“He is always hopeful and has a positive attitude,” the principal said.

If no match is found for Jordan, Jennifer Franco hopes another sick child or person can benefit from the bone marrow drive.

More often than not, his pain is so severe he cannot carry his book bag, and is difficult for him to walk.

“He pushes through the pain, but you can see it in his face,” Baranowski said. “He absolutely fights through the pain. She brings him in as much as he can because she knows how important school is, but his health comes first.”

When Jordan is out of school for an extended period of time due his medical condition, the school system provides a tutor for him. Once he returns to school, teachers work with him to keep him up to speed.

What: Bone marrow drive for Jordan Franco, 12, sixth grader at Robert Frost School. Anyone 18 to 44 can participate. Members of the Frost School PTO will sell raffle tickets and t-shirts to raise money for Jordan’s family.