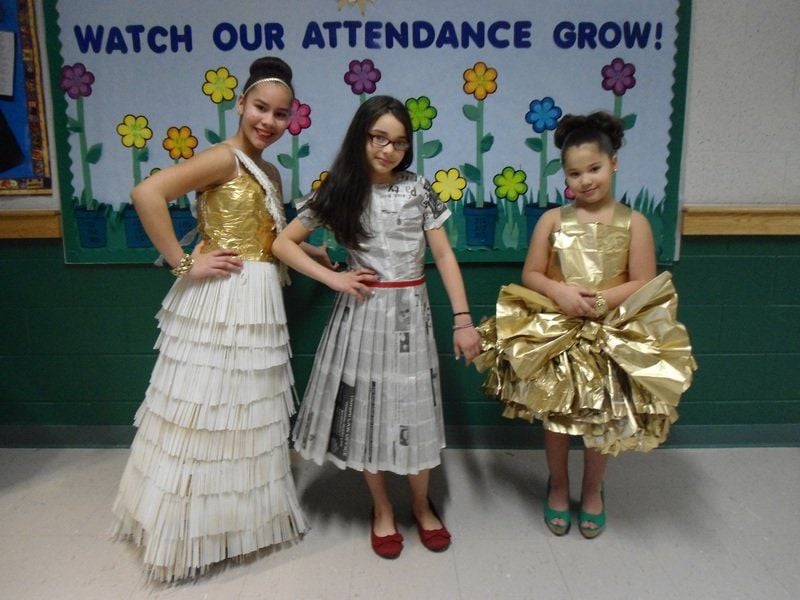 Angelica Jimenez,12, Laurie Victorino, 10 and Alana Faulkner, 6, will be modeling their recycled fashions in the "Re' Trashin Fashion" show Thursday evening. Photo contributed by Patricia Gonzalez. 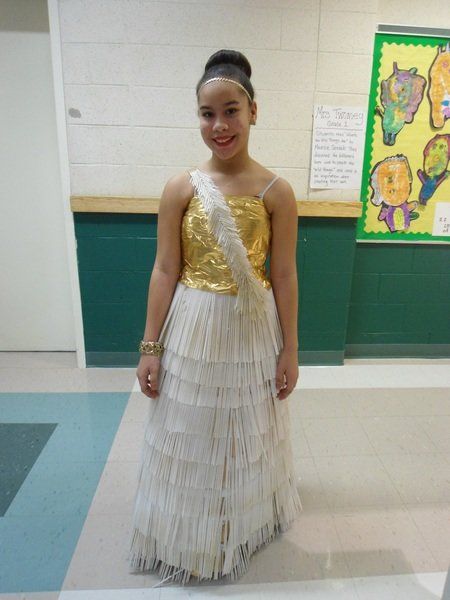 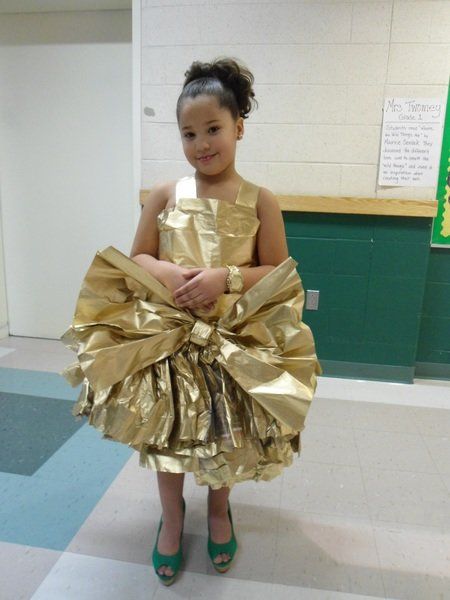 Angelica Jimenez,12, Laurie Victorino, 10 and Alana Faulkner, 6, will be modeling their recycled fashions in the "Re' Trashin Fashion" show Thursday evening. Photo contributed by Patricia Gonzalez.

LAWRENCE — This city has trash problems, according to Patricia Gonzalez, a seventh-grade science teacher at Wetherbee Elementary School.

The Department of Public Works spends half of its $8 million budget on trash removal, and Gonzalez believes it is because not enough people are recycling.

To help solve the problem, the Department of Public Works reached out to several schools asking for help with educating students about the importance of recycling, so that they could then help educate the larger community about what they learned.

Wetherbee students answered the call with their upcoming "Re' Trashin Fashion" show.

Gonzalez explained that everything for the show is made from recycled materials, including a recycled light bulb chandelier and water-bottle curtains. All of the fashions students will model in the show also are made of recycled items. Gonzalez said some of the boys will sport newspaper ties, while some of the girls made dresses out of straws.

"They went all out," Gonzalez said. "Ninety percent of what we have at our house is recyclable."

For the last eight or nine years, Gonzalez has put on an annual talent/fashion show.

"Each year it's based on current events," said Gonzalez, who thought recycling would be an apt theme.

The fashion show will be split into four segments, each having a different recyclable theme. For example, one segment will feature newspaper fashions, and another will showcase plastic bag outfits.

"It's so cute," Gonzalez said. "They came up with their own ways of walking too."

In between each fashion segment there will be talent performances, including singing, dancing and drummers drumming on recycled materials.

Since December, about 50 students from kindergarten through eighth grade have been involved with the show. This includes the 24 students walking the runway, as well as members of the school's Green Team, who will serve as the production crew.

Consisting of 40 students, the Green Team teaches students how to be environmentally responsible. According to Gonzalez, they take on one project at a time to help improve the school. Their current project: raising money for the school's new garden, where they will grow their own fruits and vegetables to donate to soup kitchens.

Proceeds from the fashion show will go toward the development of the garden and creating a recycling program at the school, according to Gonzalez.

In the last two years, the school has created a garden, only to have it ruined.

This time, the school was given a grant to work with someone who specializes in school gardens. The garden will also be relocated to an area with camera surveillance.

Although these are just the first steps in becoming a green school, Wetherbee Elementary will keep moving forward.

The students at Wetherbee Elementary take part in a "green" event each month. So far, they have participated in the Spicket River cleanup, volunteered at a soup kitchen, and began recycling and composting at the school. Also the students created a "share table," where students can share food.