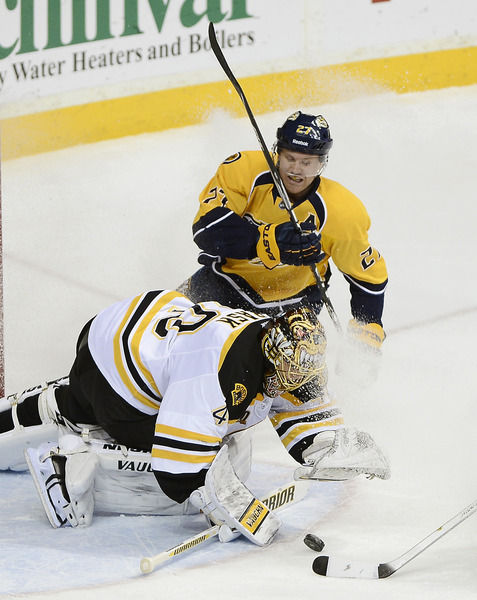 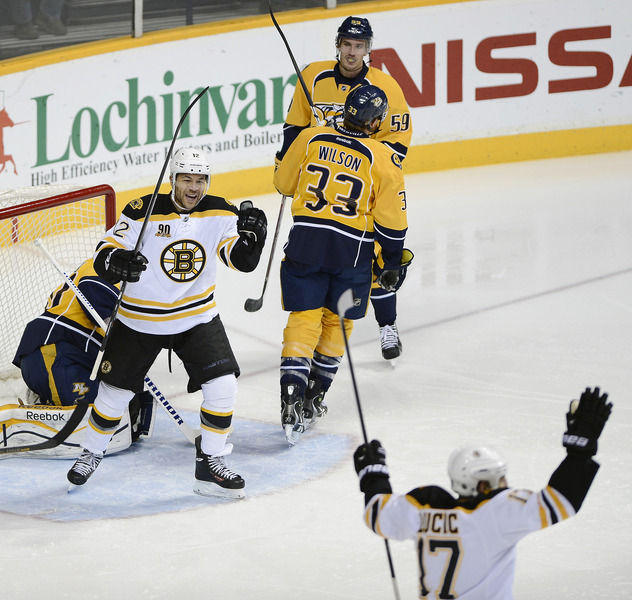 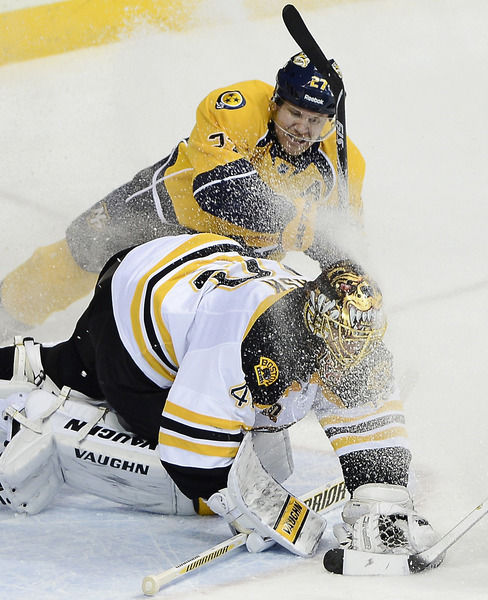 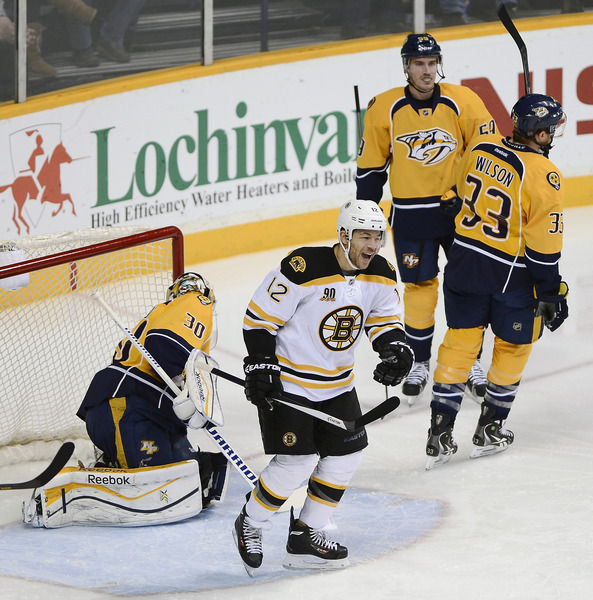 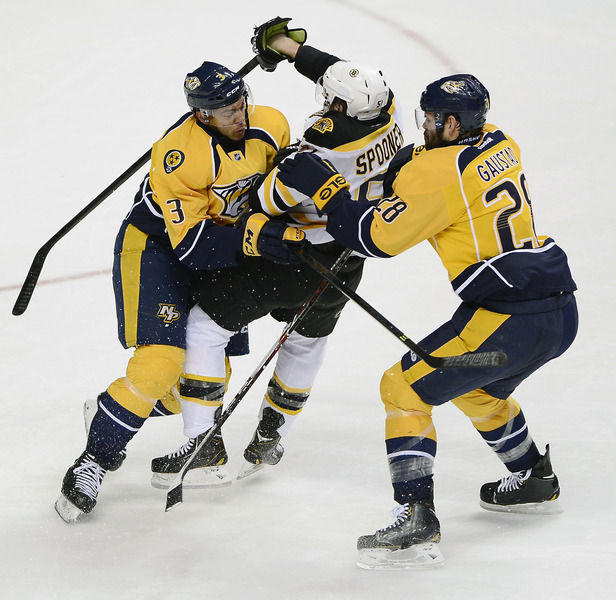 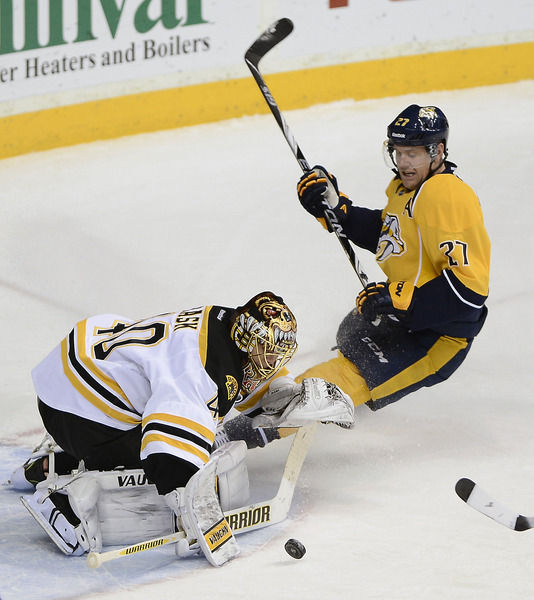 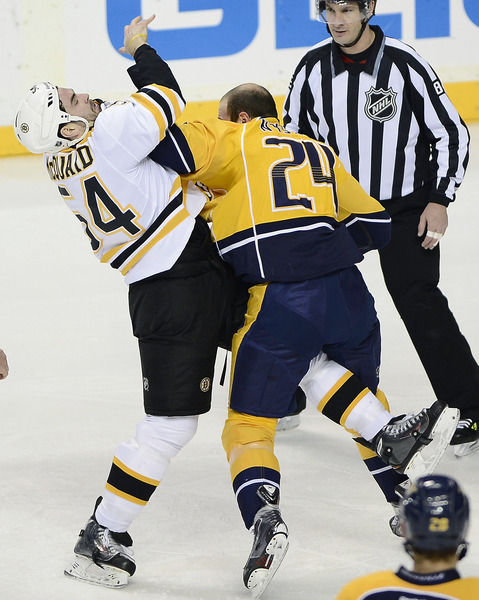 The Bruins scored three goals in the first period.

At the 1:16 mark, Zdena Chara took a shot from inside the blue line that was deflected into the net by Iginla, who was stationed in front of the goal.

Fraser scored his first goal of the season, beating Predators goalie Carter Hutton on a breakaway with a snap shot into the top right corner of the net at 5:59.

Hutton was replaced by Marek Mazanec after Fraser’s goal.

With 16 seconds left in a power play, Smith took a shot from the lower inside edge of the left circle that went over Mazanec’s shoulder into the top right side of the net with 9:13 left in the first period.

The Predators broke the shutout bid at 11:35 of the second period when Smith skated in from the right side to put the rebound of Seth Jones’ shot past Rask.

Smith struck again at 3:25 of the third period by firing a wrist shot through traffic to beat Rask low to his stick side.

The Bruins came back to add two power-play goals in less than 50 seconds.

Iginla scored at 5:07 on a tip-in and Soderberg beat Mazanec low to his stick side from a few feet in front of the crease at 5:51 with a snap shot.

With 4:06 left in the game Marchand beat Mazanec from close range.

NOTES: This was the second game in a row that the Predators had been outscored by three goals in the first period. ... This was the first meeting between the Predators and Bruins since March 17, 2011. ... The Predators have scored eight power play goals in six games. ... Spooner had a season high three assists. ... Soderberg recorded two assists for the third time this season and has six points in his last eight games.