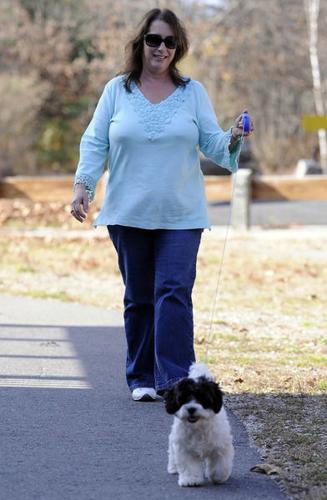 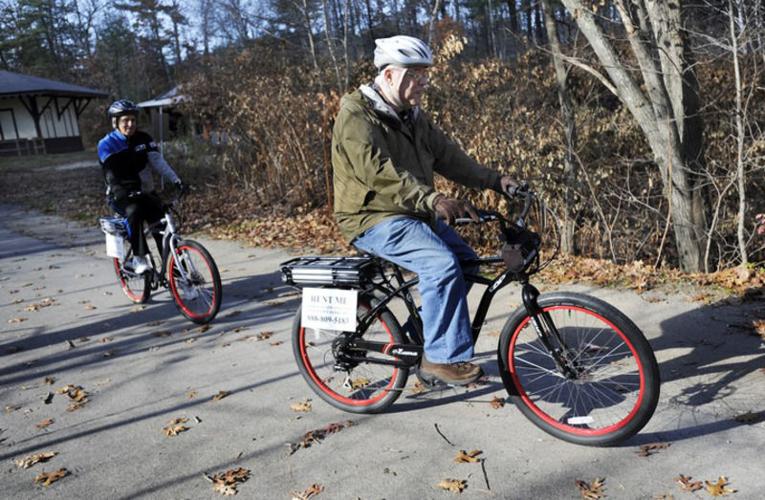 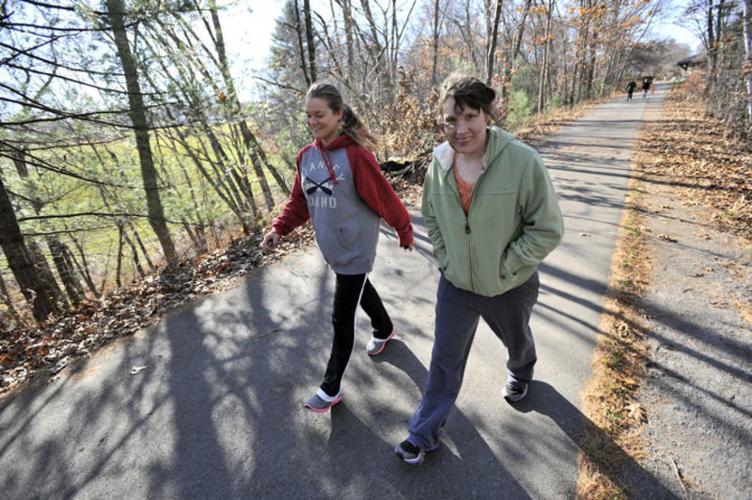 Alyssa Parker, 26, left, and Amanda Fleming, 21, of Derry walk along the Windham Rail Trail yesterday. They are training to walk in the Turkey Trot 5K Road Race on Thanksgiving in Derry.

Alyssa Parker, 26, left, and Amanda Fleming, 21, of Derry walk along the Windham Rail Trail yesterday. They are training to walk in the Turkey Trot 5K Road Race on Thanksgiving in Derry.

Cheryl Scarvaglieri couldn’t believe the weather when she was walking on the Windham Rail Trail yesterday.

“It’s just gorgeous out,” the Windham resident said. “I just hope it stays like this all winter. I love it.”

Scarvaglieri was one of many enjoying the unusually warm weather yesterday as the temperature hit 60 degrees.

Margaret Curtis, a meteorologist with the National Weather Service in Gray, Maine, said Southern New Hampshire has been experiencing above average temperatures all fall.

“In October, it was about 1.8 degrees above average in Concord,” she said. “We’ve had a real ridge of high pressure over the North Atlantic recently, so we get stuck in blocking patterns which result in higher temperatures.”

Curtis said she expected the warmer temperatures to carry on right through the winter.

“Our climate prediction has us seeing above normal temperatures for the next three months,” she said.

That prediction made many enjoying the rail trail very happy.

“This is just perfect,” said Cecile Chagnon, 66, of Salem. “You just can’t be inside with weather like this. I can’t remember it ever being this warm in November.”

Beverly Weston, 51, of Derry didn’t even have to wear her coat to walk her dog on the trail.

“This is what I wish fall weather always was,” she said. “I hope we can push off the snow as much as possible.”

Amanda Fleming, 21, and Alyssa Parker, 26 of Derry were pleased to use the warmer weather to train for the Greater Derry Track Club’s Turkey Trot on Thanksgiving.

“This might be the last time it’s this warm in a while” Parker said, “just have to enjoy it while we can.”

Recently, Concord has seen some of the highest recorded temperatures in November since meteorologists began recording them in 1868.

But despite some recent warm weather in November, Curtis does not believe there is a trend.

“Some years we get warmth in November, and some years we don’t,” she said. “People generally tend to notice the fluctuations more in the spring and fall, rather than summer and winter.”

For several local businesses, the warmer weather is a benefit.

“It’s a great thing for us,” said Ryan Erhardt, owner of Erhardt and Shallow Landscaping in Hampstead. “We look forward to the money we get from the fall cleanups and those only happen if it’s nice out.”

Erhardt said he hopes the snow will hold off.

“We are booked right into December,” he said. “Cross our fingers for no snow until then.”

“Lots of people want their roofs done now right before the winter,” said Wayne Tarbox, owner of Tarbox Roofing in Windham. “We’ve had a couple warm Novembers recently, so it’s made for some good working conditions.”

Curtis said today will approach 60 degrees as well, but things will cool down as the weekend approaches, with a high near 47 forecast for tomorrow.