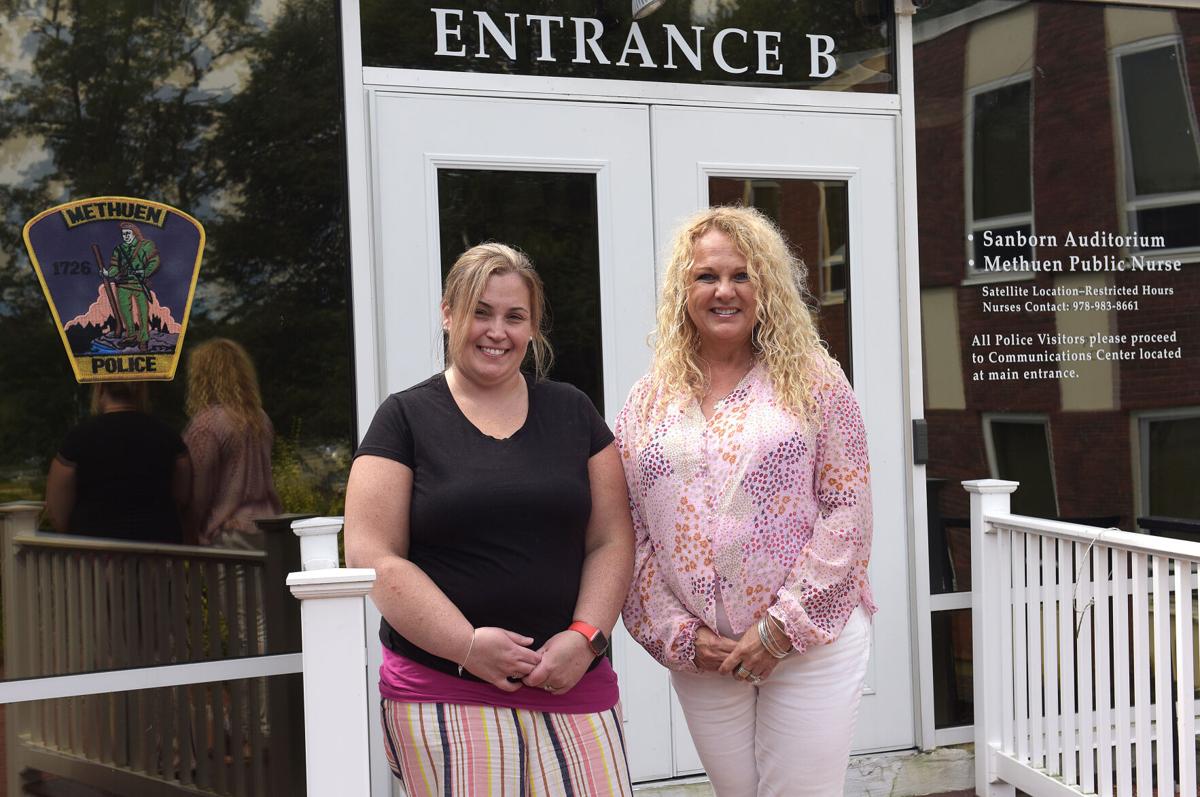 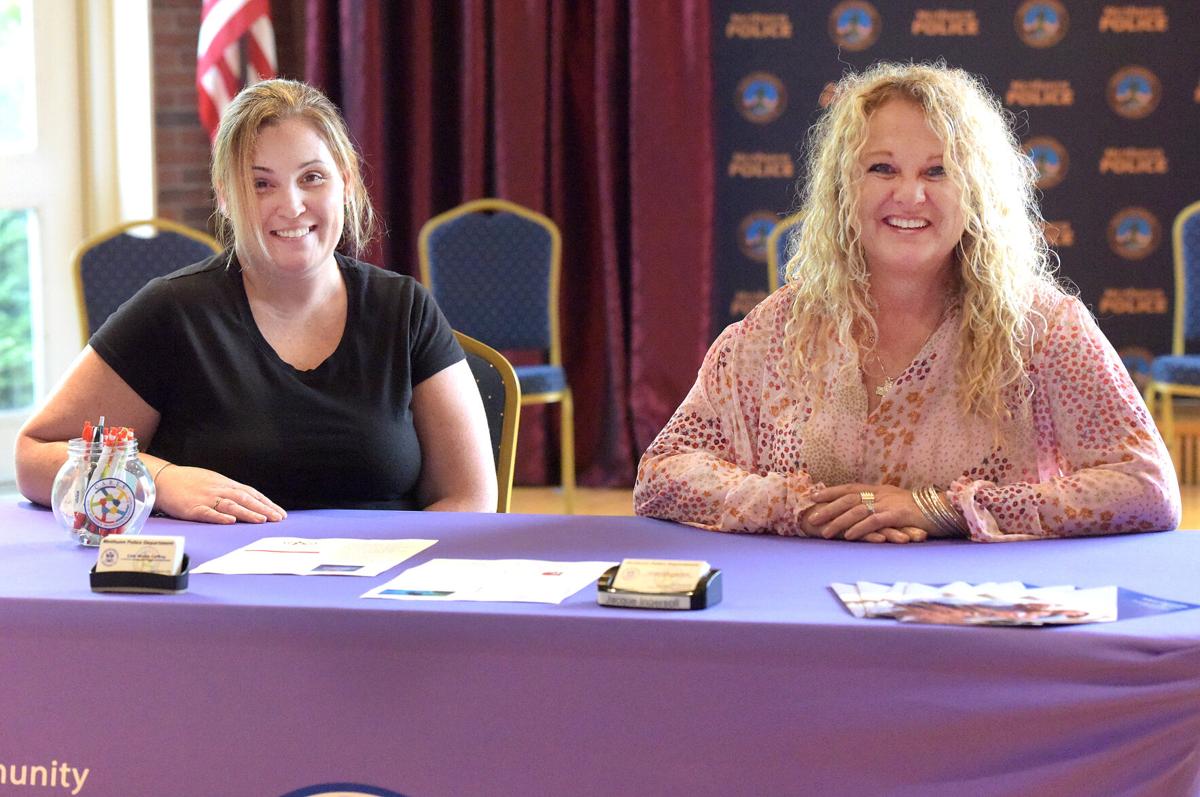 METHUEN — Three months ago on a Wednesday morning, a 17-year-old girl walked into the Methuen police station saying she was struggling and needed help.

In Cole Welch Caffrey and Jacque Ingersoll, she found what she was looking for.

Founded in 2014, the program is designed to offer a continuum of care to people with substance use disorders identified through the Police Department.

Recovering addicts themselves, Welch Caffrey and Ingersoll work out of the Police Department as civilian employees. They team up with sworn officers going on overdose calls, then follow up in 24 hours, 72 hours and one week after incidents to help people secure treatment and other resources should they desire.

Now, Welch Caffrey and Ingersoll have taken the program another step with Wellness Wednesdays, facilitated by the two women, along with along with Thomas Donovan, a former Methuen police officer, and Kim Chadwell, both of Arbour Counseling in Haverhill.

The sessions which run from 10 to 11:30 a.m. are open to anyone who wishes to discuss mental health issues, addiction, self-care, and other topics, along with gaining support and fellowship free of charge.

That 17-year-old girl who came into the police station in distress was in treatment within 24 hours of attending the first Wellness Wednesday.

That’s something unheard of when so many placements can take months, according to Welch Caffrey.

“She’s a whole new person now,” she said. “That’s someone we could have lost.”

Everyone who has requested visits for follow-up care through Wellness Wednesday already has seen a provider — a stark contrast from the months’ long waiting lists that many patients face, she said.

In fact, those waiting lists were the catalyst for their program.

During a group session geared toward families last May as part of the Circle of Hope outreach effort in Methuen, a mother asked why her child had to wait six months for treatment.

There was no good answer, Welch Caffrey said.

“As soon as I heard that, I knew I had to start hosting Wellness Wednesdays. I may not be able to get someone seen right away, but at least I’ll physically be able to see you on a weekly basis to do a check-in,” she said.

“The whole thing about Wellness Wednesdays is to navigate your own mental health. People say you’re weak if you ask for help, but there’s wisdom in knowing you need help,” she added, noting that each session ends with a brief meditation, sometimes led by a Methuen police officer in plain clothes.

The sessions attract people of a wide range of ages. The youngest who has attended was 12 years old; the oldest 82.

“I do what I do because someone never gave up on me, so I don’t give up on them,” said Ingersoll, who recently celebrated 11 years free of substances.

“I just had a girl send me a message that she celebrated three years’ sober and it’s amazing to know that that’s someone we helped,” she said. “When she celebrated one year sober, she sent flowers to the station with a card that said, ‘You saved my life.’”

“We can’t arrest our way out of this problem,” Haggar said. “What Cole and Jacque and the C.A.R.E.S. program does is give the department another tool in our toolbox. The program has been instrumental in addressing our response.”

Welch Caffrey is happy to pay it forward, too, she said.

“I tell everyone that shows up for Wellness Wednesdays how much I appreciate them, because we’re the pebble in the water,” she said. “If I’m good mental health wise, I cause a ripple effect.”

Wellness Wednesdays are held each week from 10 to 11:30 a.m. at the Methuen Police Station in Sanborn Hall, 90 Hampshire St. Upcoming themes include positive affirmation Sept. 15, building a new narrative Sept. 22, and mindfulness Sept. 29.

For more information on Wellness Wednesdays or any of the services offered by the Methuen Police Department’s C.A.R.E.S. program, call Welch Caffrey at 978-701-7709 or Ingersoll at 978-701-8195. They also have a Facebook page: facebook.com/MethuenCARES.