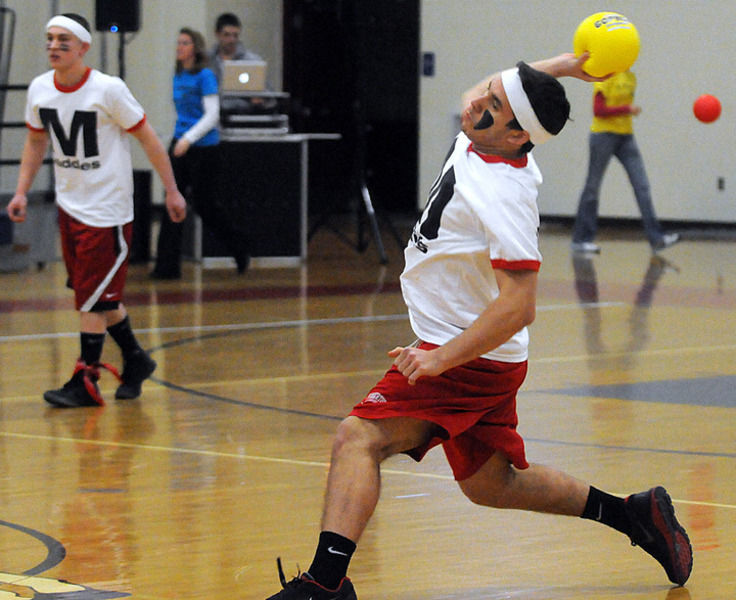 Dodgeball has been banned in Windham schools, due to concerns about violence and bullying.

The School Board voted, 4-1, last week to remove dodgeball and nine other “human target” activities from the district’s curriculum.

The vote was taken after a committee of physical education teachers studied the issue, then recommended eliminating the games.

“We spend a lot of time making sure our kids are violence free,” Windham superintendent Dr. Henry LaBranche said. “Here we have games where we use children as targets. That seems to be counter to what we are trying to accomplish with our anti-bullying campaign.”

Windham is the only local school district to ban dodgeball.

Officials in other districts said dodgeball is played less often that it used to be. That’s not, however, due to safety concerns, officials said. In fact, the game is wildly popular at some schools. But fitness-based activities have taken priority.

In fact, hundreds of Pinkerton and Londonderry High School students square off in a charitable dodgeball tournament every year.

Boles said ganging up on a particular player is about strategy, not bullying.

“Unfortunately, that is the nature of the game and, for some teams, that’s a strategy,” Boles said. “But I’ve never seen a student affected in a negative way because of it.”

Pinkerton sophomore Jim Halkiotis participated in this year’s tournament. He said he’s never seen bullying or injuries in the game.

“If we go after someone, it’s usually a bigger kid determined to make their team weaker,” he said. “They know it’s part of the game and they understand that.”

But Windham officials — and some parents — see it differently.

A middle school parent complained his child was bullied during a game of dodgeball. That prompted LaBranche to form the teachers’ committee to student “human target” games.

Those games included prison ball, slaughter, bombardment and others. The committee looked at them relative to standards set by the National Association for Sport and Physical Education.

“It came back that they were concerned with these human target games,” School Board member Stephanie Wimmer said. “When professionals in our own district are saying we don’t need these games and they should be taken out, I want to respect the contributions of our professionals.”

School Board member Dennis Senibaldi was the sole vote against the ban.

“We have rules that are set in place to deal with bullying,” he said. “We don’t need to ban an entire round of games just to enforce those rules.”

The NASPE said there are any number of reasons to drop dodgeball.

“We could just do it on a point system,” he said. “So, no one gets knocked out right away.”

Safety concerns can be addressed, officials in other districts said.

“We use foam balls, which don’t even have outside casing on it,” she said. “It turns into more of a fun and spirited activity.”

Foam balls were being used in Windham, too, Senibaldi said.

“It just makes me scratch my head,” he said. “The balls used aren’t really that hard. These aren’t the days of the big red jelly balls anymore.”

Dodgeball is an after-school activity in the Timberlane Regional School District. In Londonderry, it’s played, but not as often.

With dodgeball off the menu in Windham, LaBranche said officials are looking for alternatives.

“The physical and developmental skills are still important,” he said. “We just want to incorporate them into an activity where we don’t use youngsters as targets.”