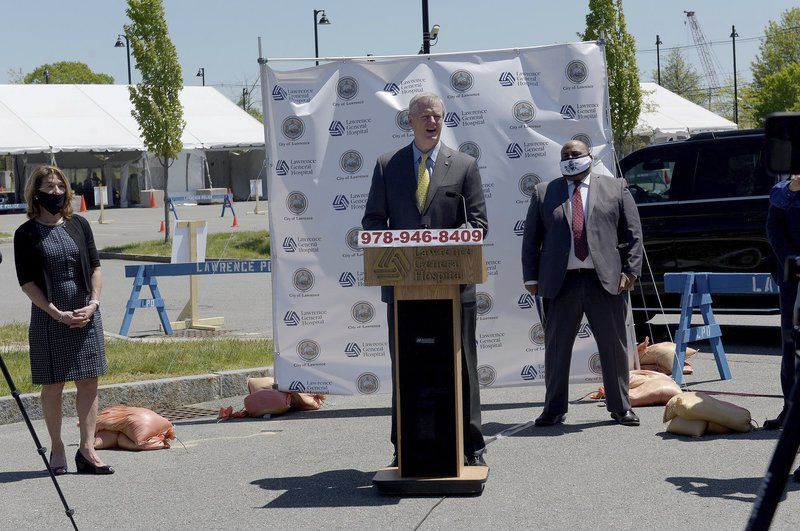 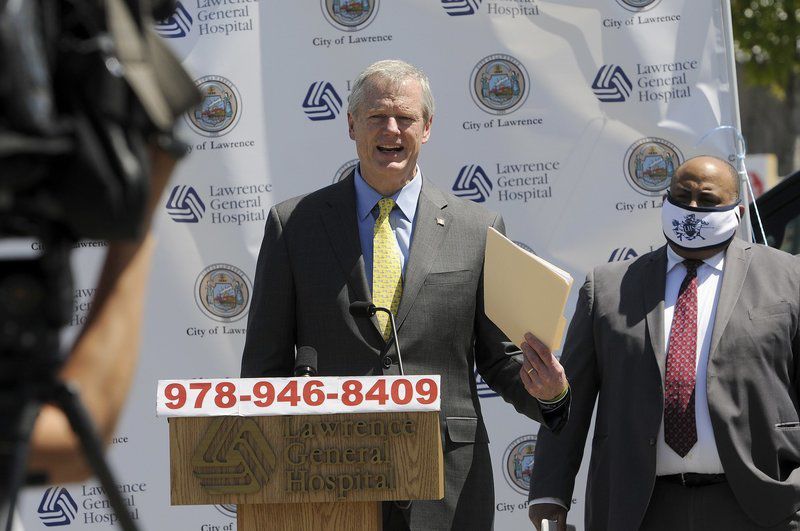 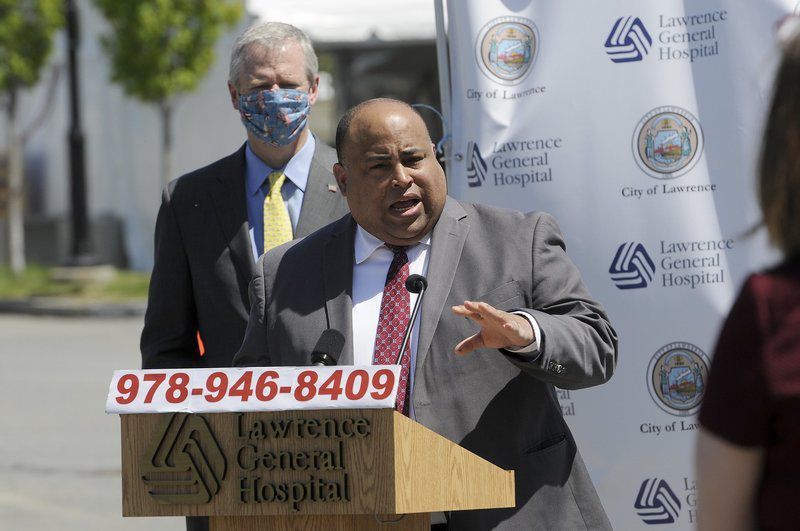 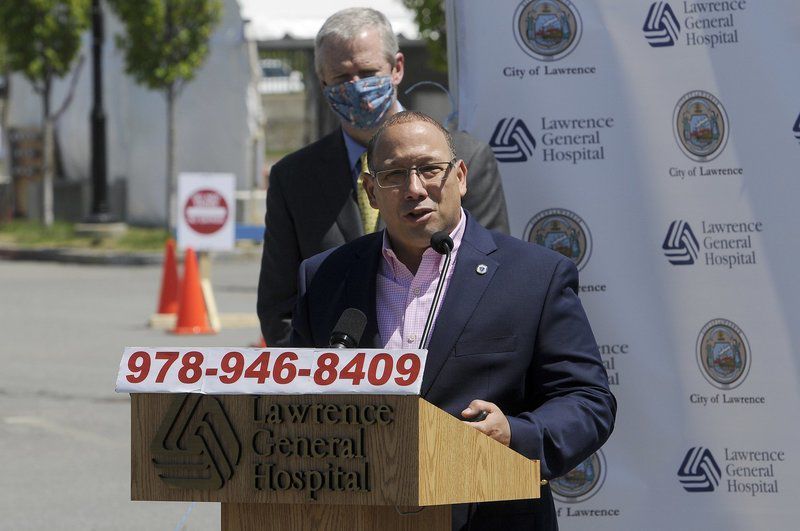 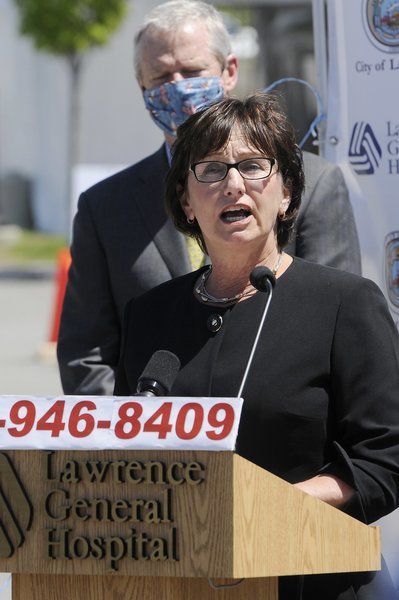 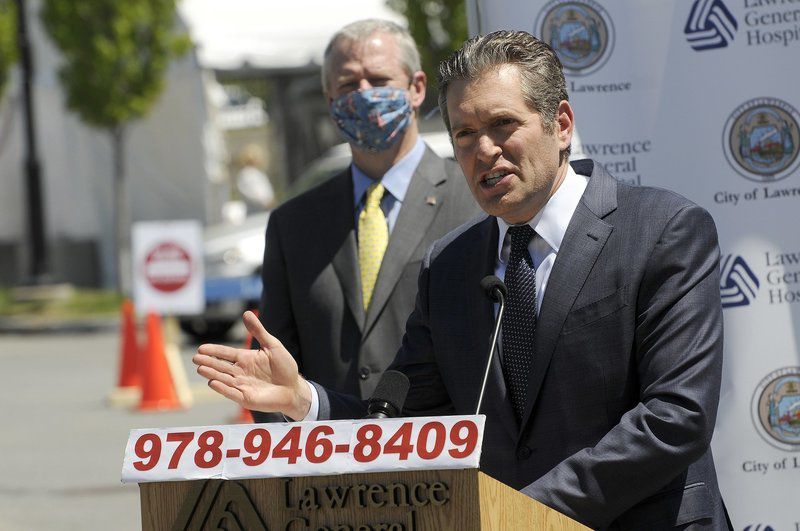 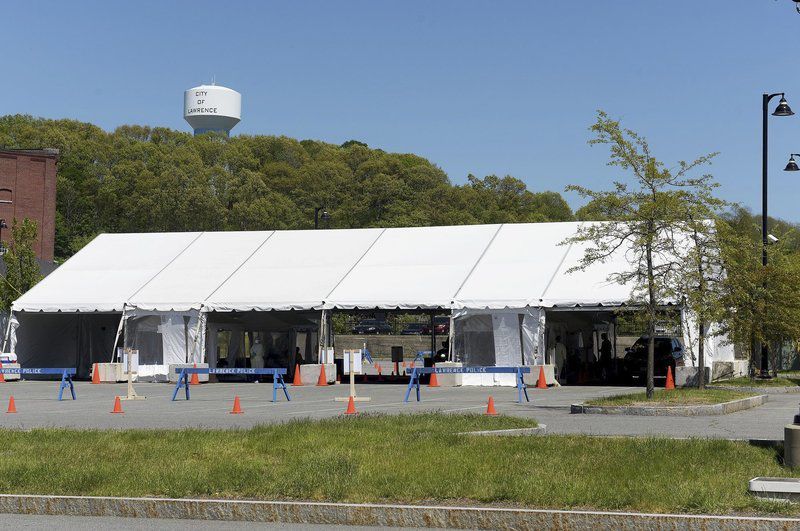 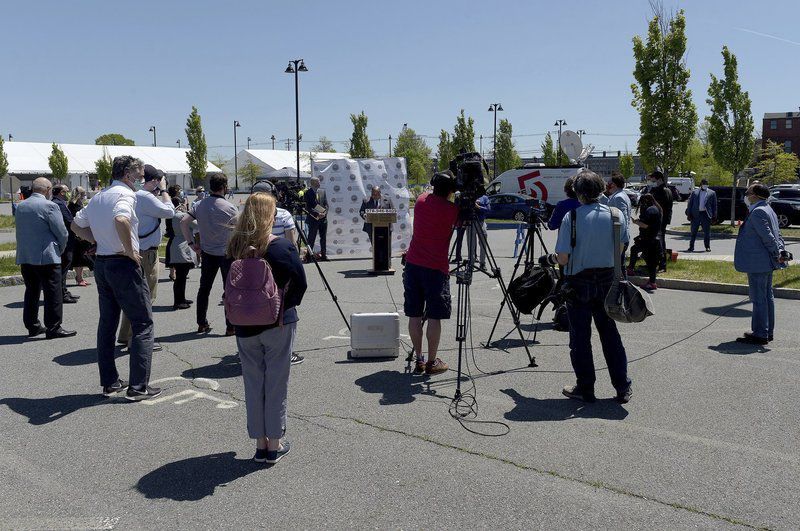 The city had 2,729 confirmed COVID-19 cases and 109 related deaths, the fourth highest numbers in the state, according to Thursday's count.

The city is using $1 million from a reserve fund to pay for the outdoor testing site at 1 Canal St. The hope is to test 1,000 people daily.

Large white tents were erected in the area behind the Everett Mills during the past week.

"Lawrence is as prepared as any community can be to fight this war and start healing," said Mayor Daniel Rivera, flanked by Gov. Charlie Baker, Lt. Gov. Karyn Polito, Lawrence General Hospital President Deb Wilson and other local and state officials.

Calling Lawrence the "workforce of the Merrimack Valley," Rivera pointed to the city's essential worker who are amid a perfect storm during the coronavirus: both underpaid and the most vulnerable, he said.

The increased testing, as well as tracing efforts, are seen as crucial to stopping the virus' spread in the 6.7-square-mile city inhabited by more than 80,000 people.

"We are urging all doctors who deal with Lawrence people to be liberal with referrals. ...The more data we can collect the better we will be to fight this virus," Rivera said.

He started the press conference by announcing all public events in the city are canceled until December 2020, per order of the city's Board of Health.

Rivera, Baker, Polito and others socially distanced during the press conference and wore protective face masks as publicly ordered by Board of Health. Each removed his or her face mask as they went to the podium to speak and then put the mask back on afterward.

Introducing Baker, Rivera noted the angst local and state governments have endured with the federal government during the COVID-19 pandemic.

"Our governor is doing great. He won't say it but I will. The federal government has not been as helpful as it could have been. ... We had to find our own way," Rivera said.

The testing is being done through a collaboration between the city, Lawrence General Hospital and other city healthcare partners.

Wilson, LGH president, said the availability and accessibility to the testing is vital "so we can stop the community spread."

Some 70 percent of LGH capacity at 1 General St. has been dedicated to COVID-19.

"Each and every employee of Lawrence General Hospital has played a role in fighting this pandemic," she said, sharing the story of a male patient who was just discharged after 47 days of care there.

Baker gave his daily COVID-19 update from the press conference in Lawrence on Friday, noting some 500,000 COVID-19 tests have been administered with roughly 9% producing positive results.

Statewide hospitalizations for COVID-19 were 2,396 Friday, a decrease of 120 from the day before.

"We've basically been going in a positive direction for about a month," Baker said.

However, he underscored the need to wear protective face masks, increase hand washing, sanitize surfaces and socially distance as weapons against the virus.

"It's very important to respect the power of the contagion against this virus," he said. "Respect the virus and understand socially distancing and face coverings are the two biggest allies in preventing the spread."

- Hours are Monday through Friday, 9 a.m. to 5 p.m., Saturday and Sundays 10 a.m. to 2 p.m. for symptomatic Lawrence adults and children.

- Asymptomatic testing coming in the future.

- Individuals requiring a test need to contact their primary care physician for a testing order.

- Individuals identified through contract tracing will receive call to set up an appointment for testing.

* A map of all state testing sites can be accessed at mass.gov/covid-test map.