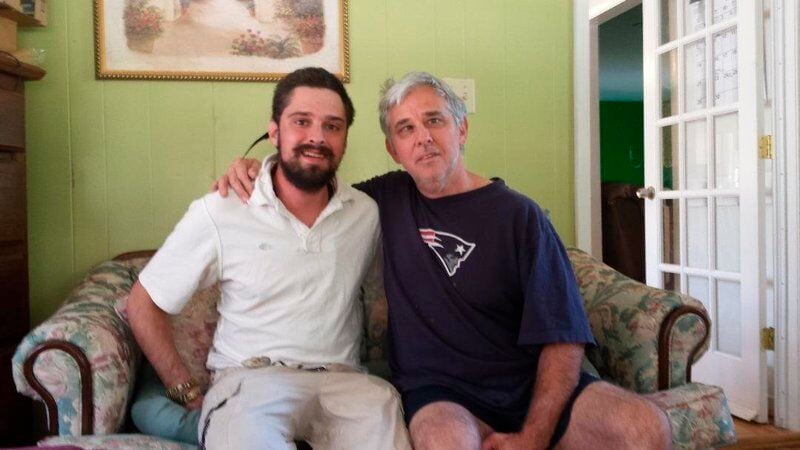 Courtesy photo. Ryan Covey, left, appears with his father, Ron Covey, on Ryan's 27th birthday. Ryan suffered brain injuries in skateboard accidents, then suffered psychologically for more than a decade before taking his own life. 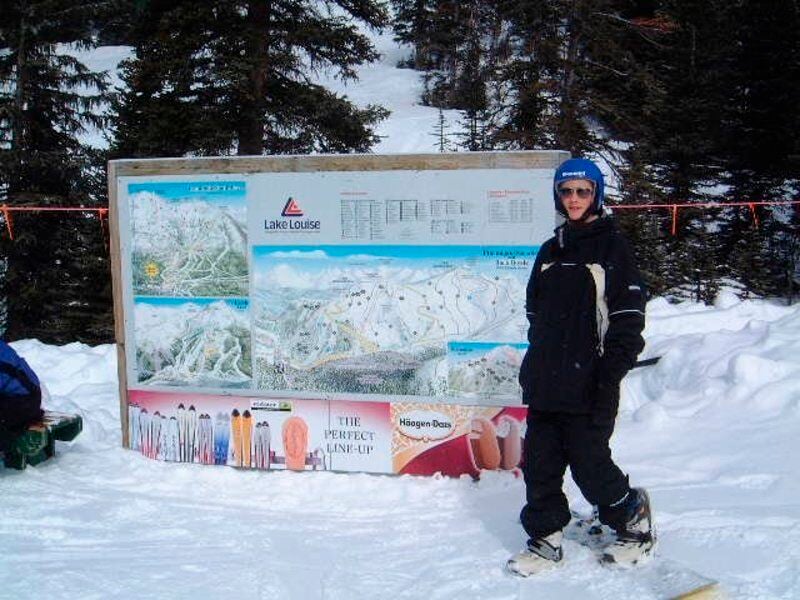 Courtesy photo. Ryan Covey was an avid snowboarder, according to his family. 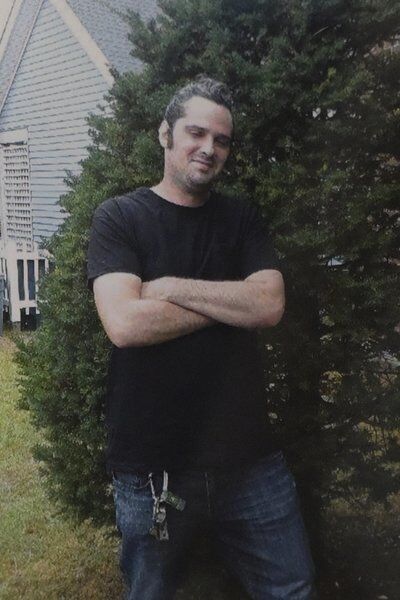 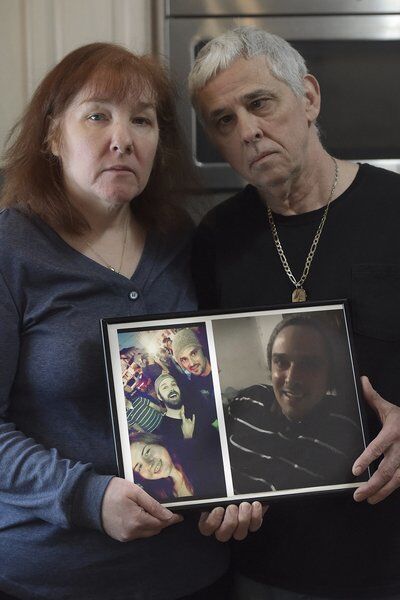 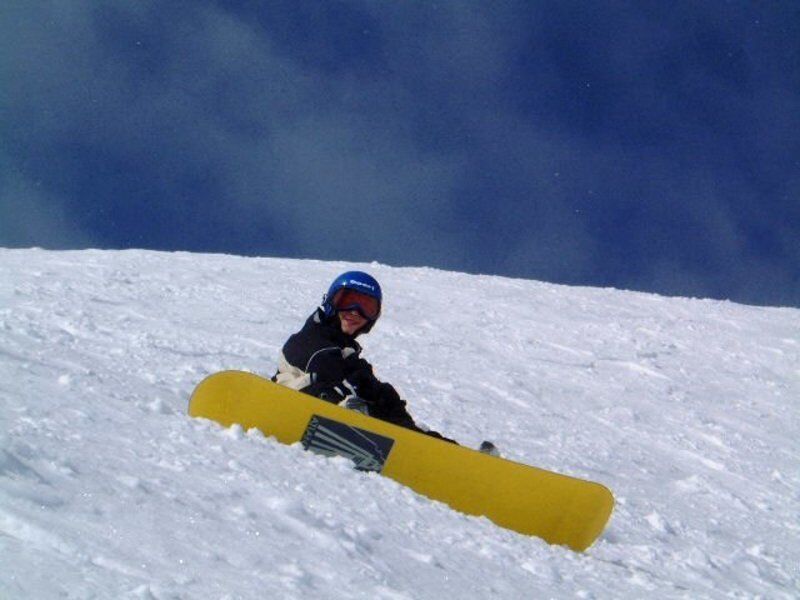 Courtesy photo. Ryan Covey, left, appears with his father, Ron Covey, on Ryan's 27th birthday. Ryan suffered brain injuries in skateboard accidents, then suffered psychologically for more than a decade before taking his own life.

Courtesy photo. Ryan Covey was an avid snowboarder, according to his family.

METHUEN — A Methuen couple who have been waiting for more than a year to find out if their brain-injured son had an illness associated with repeated concussions has learned this month that he did not.

However, Ron and Shela Covey's experiences over 14 years assure them that what happened to their son, Ryan, following a 2006 accident proves that his traumatic brain injury had grave results.

“I don’t know if we expected it, but it didn’t matter to me if it said CTE or not,” Ron Covey explained. “I know it’s not CTE, but it’s still in that family. It’s tough to know where we go from here.”

Last year, the Coveys decided to donate Ryan's brain after his death by suicide on Feb. 3, 2020 at age 31. The donation was made to the Boston University Chronic Traumatic Encephalopathy Center, where it has been studied by neuropathologist Dr. Ann C. McKee.

The couple, who first spoke with The Eagle-Tribune in February, initially was curious to learn if their son had chronic traumatic encephalopathy — a condition that often strikes football players and other athletes who suffer concussions. However, after speaking with McKee in April and learning Ryan Covey did not show signs of CTE, the family says they are simply grateful to have been able to participate in the study that will pay dividends for others as far away as Australia.

“They’ll have his brain and they’ll be using it for decades," Shela Covey, Ryan’s stepmother, said. “They store his brain and if someone asks, they’ll give a sample. They’re learning more and more about the brain and that’s a good thing.”

His brain is also being used as part of a frontal lobe injury study, she said.

Through his participation in the Boston University study, Ryan’s brain will be shared with the U.S. Department of Veterans Affairs through the VA-BU-CLF Brain Bank, as well as the Australian Sports Brain Bank.

According to his parents, Ryan Covey was riding his skateboard in Methuen in 2006 when a passing motorist jumped out of the car and “assaulted" him. It's unclear what prompted the attack. Ron Covey said his son usually wore a helmet while skateboarding at skate parks, but he was unsure if he was wearing a helmet at the time of the accident.

Next thing they knew, Ryan was at Holy Family Hospital in Methuen with a broken nose undergoing a CT scan that uncovered a brain bleed. He was later taken to Children's Hospital in Boston, where his father spoke to Methuen police, who took a report. No criminal charges have ever been filed.

What followed, the Covey family says, was a 14-year period that included at least 40 psychiatric hospitalizations and culminated in Ryan's suicide. His family believes his death could have been prevented had he received treatment and services from the state Department of Mental Health despite the family's attempts to secure it.

Looking back on their son’s life, the Covey family believes the head injuries Ryan suffered — first in 2006 and then again in another 2012 skateboarding accident — set him up for a spiral of drug addiction, impulsivity and lots of sleepless nights for his parents.

“After that first head injury, doctors kept telling us that we were always going to be dealing with a 17-year-old, because his brain wasn’t fully developed. He was forever 17,” Shela Covey said.

His parents waited more than a year for the report that let them know Ryan did not have CTE.  According to Boston University, symptoms of the condition include impulsivity, memory loss, impaired judgment, aggression and suicidality.

Currently, CTE only can be diagnosed in death. Junior Seau, a longtime NFL player, was diagnosed after he committed suicide in 2012.

Good did come from the family’s decision to share Ryan’s story, Ron Covey said. Once The Eagle-Tribune article ran on the anniversary of Ryan’s death in early February, his father called Gov. Charlie Baker's hotline and quickly got a response from a representative in Baker’s office. That aide, whom the family knows only as Pablo, assisted with obtaining the missing Department of Mental Health medical records the couple had been fighting for, Ron Covey said. Previously, the only way the family could obtain Ryan’s records for the study would be to have an attorney seek them through a court order.

As part of the BU study, the Covey family is now part of what’s called the Concussion Legacy Foundation, a group that supports athletes, veterans and others impacted by concussions and CTE through education and research efforts. They said they plan to set up a page on the foundation’s website some time soon to honor Ryan and let others know about his life and the things he loved, like snowboarding, his family and his favorite band, Sublime.

In the meantime, Shela Covey encouraged other parents to never lose sight of the importance of head injuries.

“Dr. McKee said that the outside of his brain was perfectly normal. When she described it, she said there are no medications to treat this,” she explained, adding that the doctor explained Ryan had a moderate to severe traumatic brain injury. “All the behaviors Ryan was exhibiting — impulsivity, making poor decisions — he didn’t have CTE, but that would happen with someone with this kind of brain injury. It’s very debilitating. His entire frontal, middle and back lobe had damage. People need to know that concussions are no joke.”