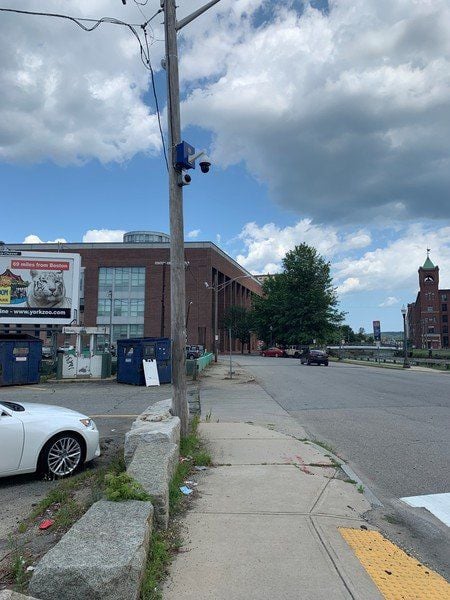 BILL KIRK/Staff photoTwo cameras near the Claddagh Pub and the Central Street Bridge capture traffic coming and going in the city. 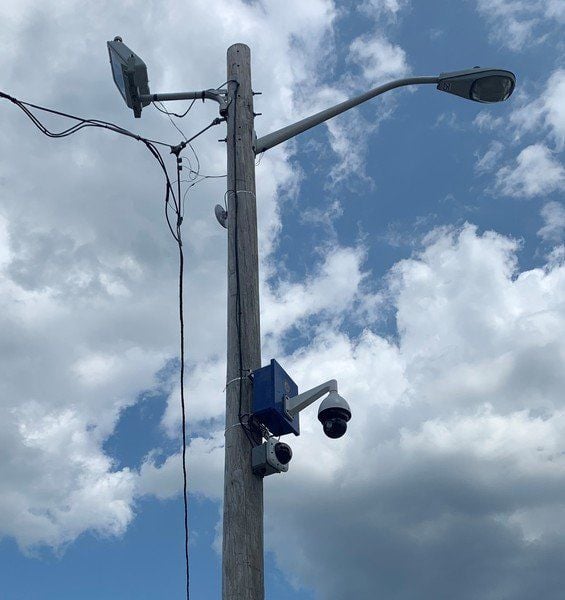 BILL KIRK/Staff photoThese city-owned security cameras are on a utility pole at the end of the Central Bridge near the Claddagh Pub. The cameras are now fully operational and beaming images back to the police department.

BILL KIRK/Staff photoTwo cameras near the Claddagh Pub and the Central Street Bridge capture traffic coming and going in the city.

BILL KIRK/Staff photoThese city-owned security cameras are on a utility pole at the end of the Central Bridge near the Claddagh Pub. The cameras are now fully operational and beaming images back to the police department.

LAWRENCE — A recent override by the City Council of a mayoral veto brought a sharp rebuke from Mayor Dan Rivera.

"They all want to be mayor," said Rivera, referring to the nine members of the council.

The comment comes in the wake of a series of votes, vetoes and veto overrides of regulations governing the security cameras that were recently installed and activated all over the city.

While the council felt it necessary to establish rules and regulations governing the cameras, Mayor Rivera said police regulations are the responsibility of the police chief only.

"They pass a lot of stuff that's not in their purview," Rivera said of the council members. "If you run it out to its logical conclusion, these are the first baby steps toward politicizing the police department. It (creating police regulations) isn't any of our roles."

He added, "The council is creating solutions to a problem that doesn't even exist."

The cameras, which cost about $350,000 and have already assisted in several arrests, are powerful enough to read a cellphone from two blocks away, said at-large City Councilor Pavel Payano, a member of the council's Public Safety Committee.

"They were installed, but there was no ordinance or regulations on how they should be used," he said. "The fear was that we might end up with regulations that would constrict the police department."

The council directed police Chief Roy Vasque to create a set of regulations governing the deployment of the cameras.

Earlier this year, Payano said, councilors met with the police chief and members of the public to discuss the cameras.

Most people were happy about them, he said — even the mayor.

"The residents want to throw us a parade," Rivera said. "Everybody's very happy about them."

Councilor David Abdoo said the cameras were approved in late winter. By late spring, the police chief had drafted regulations that were approved by council subcommittees and referred to the full council for a vote.

On June 4, the council approved the regulations. On June 12, Rivera vetoed the vote, saying the council was overstepping its authority.

On June 18, the council failed to override the veto, leaving the regulations in limbo.

But on July 16, the City Council voted to reconsider their vote of June 18 and voted to override Rivera's June 12 veto.

On Aug. 16, according to city documents, the regulations, drafted in February, will finally be in effect, even though the cameras have been operating for months.

Vasque said there was a lot of "back and forth from the mayor about whether the council had the authority" to ask him to write up the regulations.

But, he said, "We are all on the same page with the objective. ... I was kind of caught in the middle of the whole thing. They (the council) wanted to have their say. We all wanted it. The mayor was huge in partnering with me."

Payano said that in the end, the regulations are in place and so are the cameras.

"The chief based the regulations on those used in Somerville, Revere and Cambridge," he said. "The chief wrote up regulations that everyone felt comfortable with."

At-large City Councilor Ana Reyes, a member of the ordinance committee, said she wants the council to put money into getting more cameras.

"We need to try to cover the whole city," she said.

In one neighborhood, it appears the cameras are working. When police went door-to-door in the Poplar and Alder streets neighborhood as part of a community engagement event, one resident, Rafeo Dominguez, complimented police on the recent installation of the security cameras.

"Drivers don't race down the street anymore," he said. "I don't have to yell at them to slow down."

Vasque said he is keeping close track of all the times the cameras have assisted in police investigations since they went live in February.

In one case, a dispatcher was able to track a purse-snatcher in real-time and tell police exactly where he was.

"They caught him," Vasque said.

Another case, a daylight shooting, was caught on camera, leading investigators to the culprit.

Cameras were also used in finding and capturing the suspect in a Manchester Street murder earlier this month, Vasque said.

"They have helped all across the city," he said.

Recently, a contractor was caught on camera driving through the city with material and debris spilling out the back of his truck.

"There was an uproar and we were able to track the truck down," he said. "It really helped."