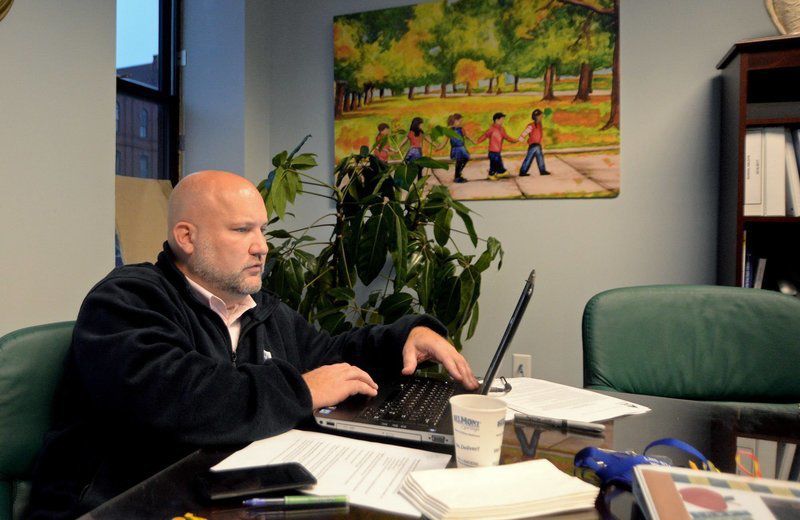 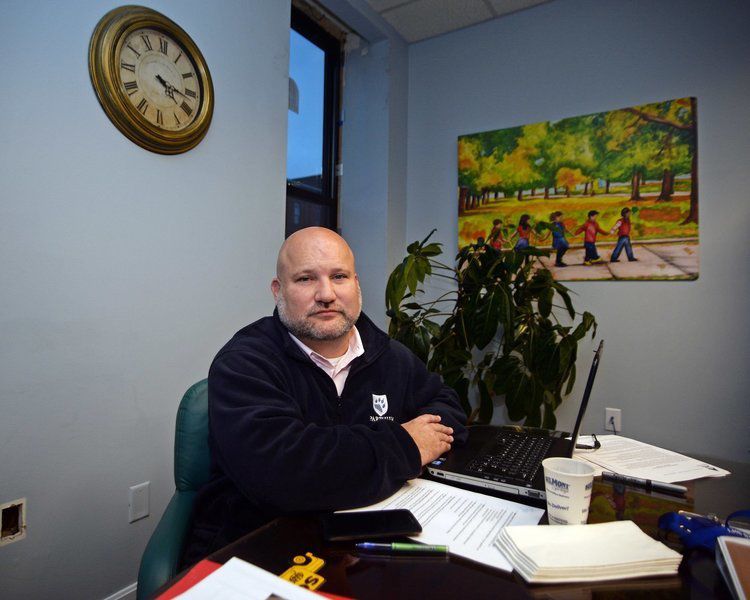 LAWRENCE — Breeana Lorenzo was 16 and pregnant when she dropped out of high school last year to take minimum-wage jobs to support the baby on the way; first as a cashier at Burger King in Methuen and then in the cafeteria at Edgewood Retirement Community in North Andover.

After a while, her phone began ringing with a number she didn't recognize. She eventually took the call, mostly to be rid of the caller.

Leldamy Correa was on the other end.

Correra heads a program targeting high school dropouts begun by Jeff Riley, the receiver who has run Lawrence schools since the state took them over in 2012, citing their chronic underachievement. Nearly 300 of the high school's 3,400 students dropped out the year the before the state took control and assigned Riley to fix that problem and many others, including MCAS scores that were among the lowest in Massachusetts.

Correra focused her hard-sell to Lorenzo on what she knew mattered most to her: her baby. She advised Lorenzo that a mother with a succession of dead-end minimum wage jobs would provide fewer opportunities to her family than a mother with a career requiring a high school degree.

Lorenzo returned to school. She graduated in August. In January, she enrolls in a program — open only to those with at least a high school diploma — that trains medical assistants to take vital signs and perform other tasks in doctors' offices.

The job starts at $17 an hour, one and a half times what Lorenzo was earning. Beyond the bigger paycheck, Lorenzo said she waits for the day her daughter will say, “'My mom got her diploma so she could give me a better life.'”

The Student Re-engagement program that brought Lorenzo back to school was among the successes Riley cited in an interview last week, a day after announcing at press conference attended by the state's top education officials that he will leave when his contract ends June 30. He will be replaced by a board of up to seven members that will include Mayor Daniel Rivera, in what state Education Secretary James Peyser said is a first step toward returning Lawrence schools to the city's control.

Until Riley arrived, dropouts at Lawrence High were quickly forgotten. None was pursued. The year before the takeover — historic because it was the first time Massachusetts seized an entire school system — 8.6 percent of students dropped out. The rate last year was 4.2 percent.

In 2011, only 52 percent of those who entered the high school four years earlier received a diploma, among the worst graduation rates in Massachusetts. Last year, 72 percent graduated.

MCAS scores also were abysmal before the state takeover. Just 41 percent of Lawrence students were proficient in English in 2011. Last year, 51 percent were.

“What's gone on here in Lawrence, what Jeff has led, is truly remarkable,” Peyser said at last week's press conference. “I think Lawrence is rightly recognized as one of the most successful examples of school turn-around, district-level turnaround, that we've seen in public education, not just here in Massachusetts but anywhere in the country.”

The following day, Riley described how he reversed course in simple terms: “It was our relentless focus on teaching and learning," he said.

There were challenges beyond the low graduation rate and MCAS scores and the high dropout rate. Among them was a crumbling infrastructure — leaking roofs, malfunctioning boilers, broken windows — and the lousy reputation Lawrence schools and the city itself had in Massachusetts and beyond. In February 2012, just a month after Riley arrived, Boston magazine published an article headlined “Lawrence, Ma.: City of the Damned,” which put failing schools high on the list of what it said made Lawrence “the most godforsaken place in Massachusetts.”

“There were a lot of people who wanted me to blow up the school system, get rid of all the teachers and just give it all to the charter schools,” Riley said. “Every school. That's what they wanted. The Pioneer Institute wrote an article saying I missed the mark, that this was our 'Katrina moment' — which was very disrespectful on a variety of levels — and we should have just wiped away all the teachers and the schools and just start over. We chose not to do that.”

That's not to suggest that Riley approached the task timidly. He arrived with absolute power, assuming the authority of both the superintendent and the School Committee, and he used it.

He fired about half the principals in his first year. Teachers also were not spared: 214 have lost their jobs over Riley's six years for a number of reasons, but mostly for poor performance. Predictably, he made enemies. After one round of dismissals in 2015, Lawrence Teachers Union president Frank McLaughlin called the terminations “a real bloodbath.”

Riley eliminated automatic pay raises for teachers. He lengthened the school day. He turned 7 management of the worst performing schools to charter schools. He diverted money from instruction to fix the broken boilers and windows, which was needed because the city was falling short of its obligation to maintain the schools.

He decentralized power to give principals more autonomy to run their schools and to turn over management of the upper grades at the Oliver School to the teachers' union, which flies its flag in front of the school. He abolished the six separate high schools that were created when the campus was built in silos about a decade ago, consolidating them into one. He created an Acceleration Academy to provide extra help to students during vacations. He fortified enrichment programs such as arts education and weekend sports.

And he hunted down dropouts.

The dismissals and shakeups and his willingness to act unilaterally earned Riley critics. He pushed back. His impatience flared at the press conference last week, when one critic likened his presence to colonial occupation by the Boston-based state Education Department. Riley responded with a teacher's lesson — he taught in Boston schools before coming to Lawrence — on colonialism and a reminder about who pays for public education in Lawrence.

Riley later said increasing local spending on education should be at the top of the list of things to do after he leaves. He noted that this year is the first in recent history that the city contributed more to the schools than the minimum the state requires, now set at $9.4 million. At Mayor Rivera's request, the City Council in June gave the schools $2.5 million more.

Teachers union president Frank McLaughlin said many of Riley's successes resulted from the alliances he forged with teachers, including allowing them to run the upper grades at the Oliver School. He said teachers are worried about what happens when the state-appointed board — still unnamed except for Mayor Rivera — takes over from Riley on July 1.

“We're losing a lot here,” McLaughlin said. “There's a lot of unknown. We got stuff done. Nobody can argue with that.”

Riley said he is unsure about what's next for himself when he gives up the job, which this year will pay him $234,988. He said he will stay in Boston, where his son is a ninth-grader and his daughter is a seventh-grader at Boston Latin School. He said he may apply to be the state commissioner of Elementary and Secondary Education, which has had an acting commissioner since former commissioner Mitchell Chester lost his battle with cancer in June.

“It's time to have some more local voices” to run Lawrence schools, he said. “I came from Boston, where I was seen inside the school system as someone who would support you in everything. When I came up here, it was almost like I was Darth Vader. There was a lot of fear and trepidation. The fact that I could let all these people go. That was never my plan. My plan was to try to work with people to get better results for folks. My plan has been put in place.”

Exeter - Peggy Williams, 81, of Exeter, NH, died peacefully on October 18, 2021, surrounded by her loving family. She was born Margaret "Peggy" Casey, to her parents, Daniel J. Casey and Bernice (Walsh) Casey, of Bradford, MA, the founders of the DJ Casey Paper Co. in Haverhill. She resided …