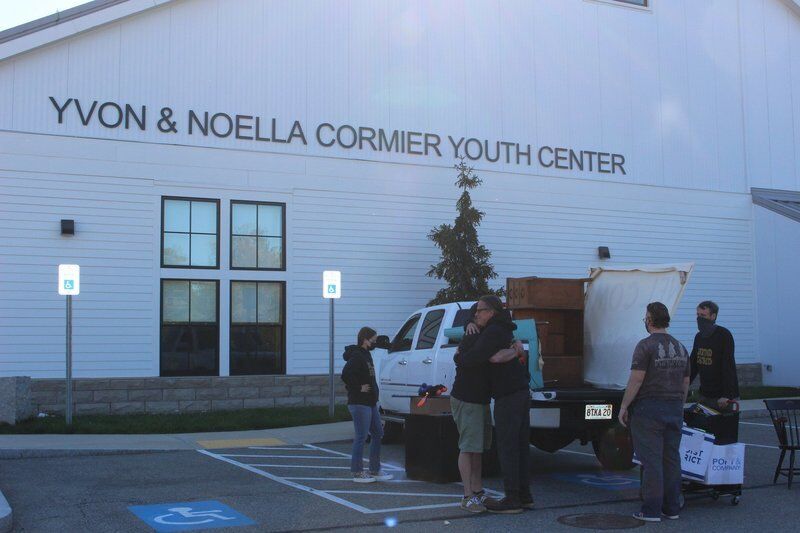 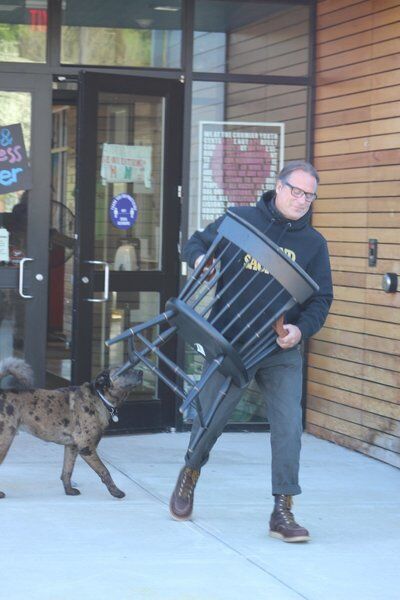 MADELINE HUGHES/Staff photo. Bill Fahey, former director of Andover Youth Services, accompanied by his dog, packs up his office after being fired. 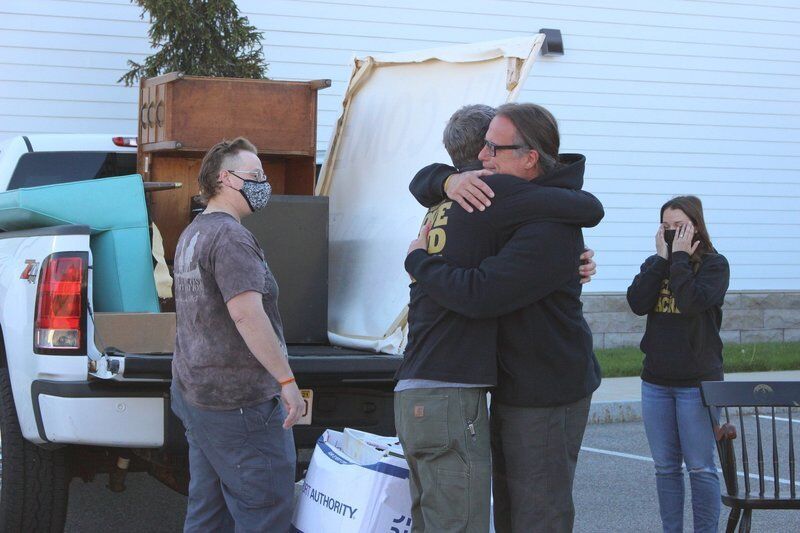 MADELINE HUGHES/Staff photo. Bill Fahey, former director of Andover Youth Services, packs up his office Thursday after being fired Monday. His staff helped him move out between tears and hugs.

MADELINE HUGHES/Staff photo. Bill Fahey, former director of Andover Youth Services, accompanied by his dog, packs up his office after being fired.

MADELINE HUGHES/Staff photo. Bill Fahey, former director of Andover Youth Services, packs up his office Thursday after being fired Monday. His staff helped him move out between tears and hugs.

ANDOVER — Youth Services Director Bill Fahey was fired Monday night due to misconduct, according to a statement from Town Manager Andrew Flanagan.

It's unclear what sort of misconduct led to the termination because neither Flanagan nor Fahey would disclose the exact reason.

"If we agree that our collectively held values prioritize safety, education, wellness and respect, I have little doubt that the decision that has been made is the right one," Flanagan wrote, describing his frustration at not being able to elaborate more because this is a personnel issue that involves youth program participants.

The decision to fire Fahey came after an eight-week investigation by attorney Regina Ryan from Discrimination and Harassment Solutions, Flanagan said. The town paid $13,425 for 54 hours of work, according to the town manager. The town began that investigation into Fahey after a referral from an "outside agency," Flanagan said.

Flanagan did not name the outside agency that referred the case to the town.

Fahey was initially suspended on Feb. 5, he told The Eagle-Tribune. Two weeks after his initial suspension he talked to the private investigator hired by the town and "answered lots of questions," he said.

"I still don't know why I was fired," Fahey said.

Flanagan said Thursday that because of the conduct disclosed earlier this year from the outside agency and other complaints over the years he decided to fire Fahey. Flanagan would not disclose how many complaints were made.

"My understanding has always been that the work of Andover Youth Services is first and foremost about the kids — not about any one employee. It is through that lens that I evaluated the facts and circumstances found by the investigator relating to Mr. Fahey and his actions and his continued employment as Director of Andover Youth Services," Flanagan wrote.

Fahey worked for the town for 27 years, building the youth services program from its inception.

Surrounded by hugs and tears, Fahey packed his memories and mementos from his Cormier Youth Center office Thursday morning. He and most of his former staff wore their "love and kindness" youth center staff shirts while packing the truck.

This isn't the first time Fahey has been in trouble with the town. Fahey was previously suspended from his job in 2017 for about two months after he failed to adequately supervise an employee.

At the time, Flanagan said he'd led the administrative investigation that determined a former Youth Services employee engaged in inappropriate conduct toward two program participants. Though the conduct did not violate criminal law, Flanagan called it "highly improper." He said that despite "AYS management’s awareness that the conduct had occurred, inadequate steps were taken to address it or to prevent it in the future."

During his long career with the town, Fahey spearheaded the Cormier Youth Center, helping raise $5 million for the nearly $8 million building that was approved by voters in 2011.

"For me, it's been a complete journey of love," he said, explaining he's been a person for students to call when they are homesick at college, or even if they need an officiant at a wedding.

"I am devastated," he said. "I've committed 27 years of my life to developing and running an innovative youth service program that is second to none."

"I am very proud of the achievements of the Andover Youth Services but more importantly, I am proud of the kids who have been involved and benefitted from our efforts," Fahey said. "It has been an honor to serve the youth of Andover. I just can't believe this has happened."

Flanagan said firing Fahey will not disrupt the services provided to youth.

"Moving forward, I am prepared to make recommendations that will result in significant investments in Youth Services while continuing to support the team at Andover Youth Services. I can state categorically that this decision had nothing to do with personalities," Flanagan wrote. "I can also state categorically that it had nothing to do with budgetary or financial considerations."

"In fact, it is my goal to minimize as much as possible the financial barriers that may currently limit participation in Andover Youth Services programming," he added. "I believe that we can all agree on the common ground that we want the future of Andover Youth Services to be bright and begin taking actions that ensure just that for generations to come."