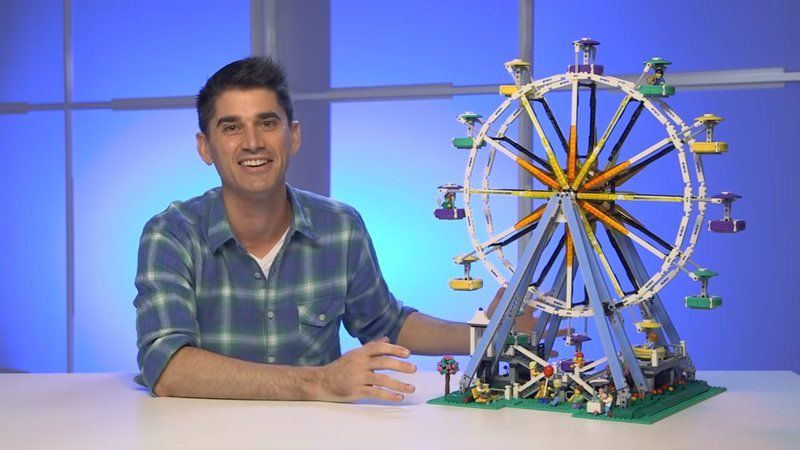 Courtesy photo. Methuen native Jamie Berard, 44, poses with some of his proudest Lego creations. He will join the TV show "Lego Masters" in February. 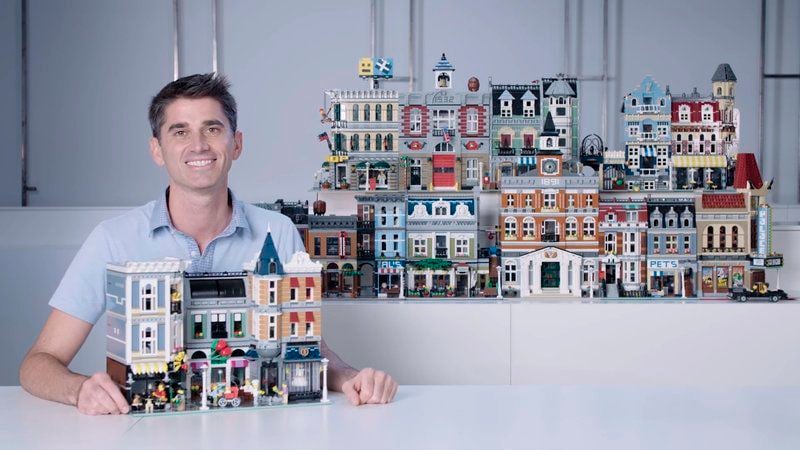 Courtesy photo. Methuen native Jamie Berard, 44, poses with some of his proudest Lego creations. He lives and works in Denmark for the Lego corporation and will join the TV show, Lego Masters."

Courtesy photo. Methuen native Jamie Berard, 44, poses with some of his proudest Lego creations. He will join the TV show "Lego Masters" in February.

Courtesy photo. Methuen native Jamie Berard, 44, poses with some of his proudest Lego creations. He lives and works in Denmark for the Lego corporation and will join the TV show, Lego Masters."

Jamie Berard, 44, is a senior design manager for Lego chosen to be an expert judge on "Lego Masters," premiering Feb. 5 on Fox. Millions of viewers in the United Kingdom, Germany and Australia have been loyal to the show since 2017, according to reviews.

Berard’s TV gig comes 14 years after he was recruited to work at the heart of the Lego corporation in a village in Denmark. Life before that was largely spent in the Merrimack Valley, he said.

Berard attended St. Monica School in Methuen before moving on to Central Catholic High School as a member of the class of 1994. He graduated from Merrimack College after lessons in civil engineering and English, a balance he said he finds great value in.

Though Berard now spends most of his time within the four-street radius of his home and the Lego headquarters, he said he makes trips home to the Valley to see his big family — his dad is one of 15 — during the summer and again when the holidays come around.

Involvement with the TV show has allowed for more travel.

“I’m one of those people that seem to get my fingers in a lot of pots at work,” Berard said. “A lot of opportunities come my way, and I’m always trying to find more.”

When "Lego Masters" started in the UK, Berard had a presence behind the scenes coming up with challenges for contestants to build with Legos' signature colored bricks, he said.

“I was flying to London to be on set when they were shooting,” he said. “The success of that led to a second season, and then a Christmas special. Germany picked it up next, and Australia, too. It really took off in Australia.”

Now, Fox Network will air a new season in America.

Berard said he spent two months in Los Angeles to film. His job was to provide commentary to teams of Lego designers competing to win $100,000, the title of Lego Master and a trophy made — of course — of Lego bricks.

He admires the show’s reminder that the creative power of building with Legos is inclusive to everyone, regardless of age, gender, background or ability.

For him, the tiny toys began to change his life at 5 or 6 years old, he recalled.

“It was just something that connected with me,” he said. “When everyone else was outgrowing their Lego toys, they gave them to me. Through high school and college years, I was one of those weird people who never stopped building. It was always fun for me and people were always impressed. It gave me some validation.”

Through a series of career changes — in the tech industry, at Disney World and even in a carpentry workshop — Legos were a way for Berard to unwind and turn off his brain when he got home in the evenings, he said.

He started taking creations that filled his apartment to conventions where Lego fans gathered. The day he caught the attention of a high-up Lego employee — one with hiring power — he was showing off a motorized carnival.

“I think that’s what drew their eye; my models were very dynamic,” he said. “There was nothing static at all. They were all moving and coming alive.”

Berard has held several roles since moving to Denmark, but he currently spends his days with a team of 10 designers who are collectively responsible for making Lego products for superfans and adults around the world.

“We make really ambitious models,” he explained. “Flagship models. When you go to the store, they’re the ones that are in the window that make you stop and go inside.”

He elaborated that he only makes the sets that stores buy. He and his team are not in charge of assembling all of them.

Still, the lasting career has not dulled the sparkle of Lego bricks at home, Berard said.

“I like to have someone else solve the problems though,” he laughed. “So now when I’m at home building, I follow the instructions while I’m watching TV or something. I just follow the pictures, zone out and enjoy.”

There’s the problem of where to store all of the finished sculptures, especially in his tinier Denmark home. The reality, he said, is that they can’t all stay.

“I ended up starting to take apart models after I built them,” he said. “Brick by brick, I’d organize them back into bins. It's the building that's the fun part."

And for him, that means there's fun in every day.