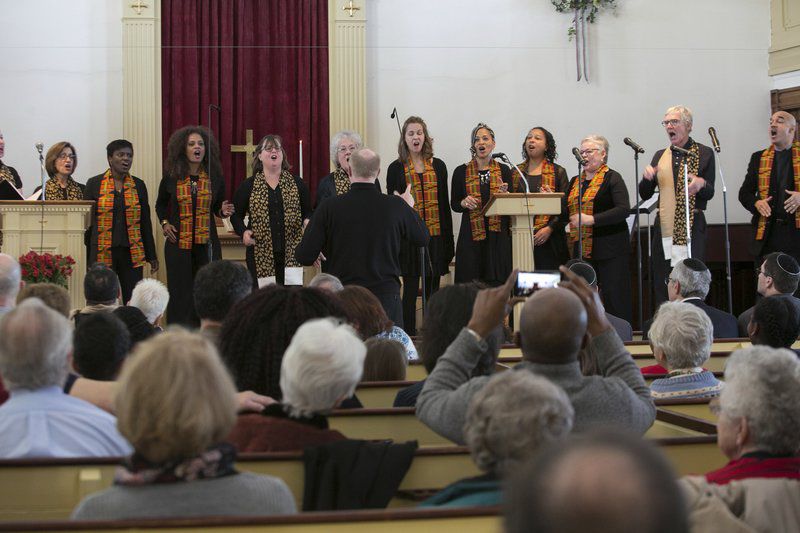 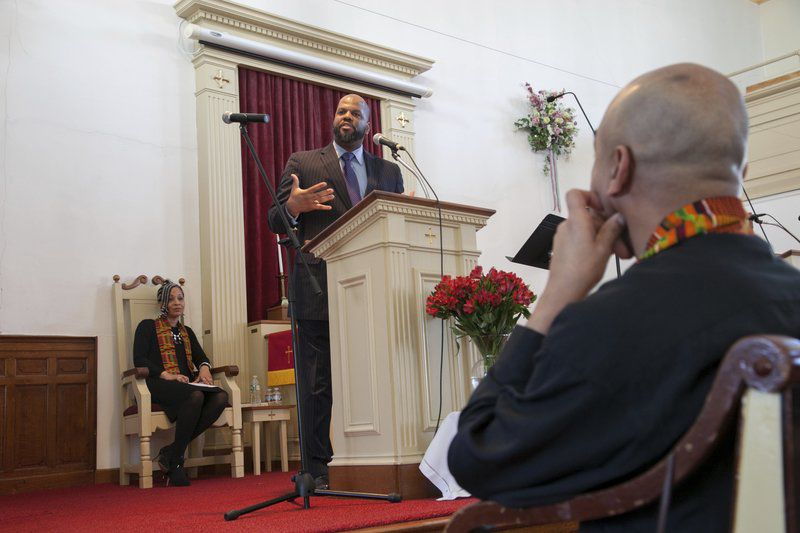 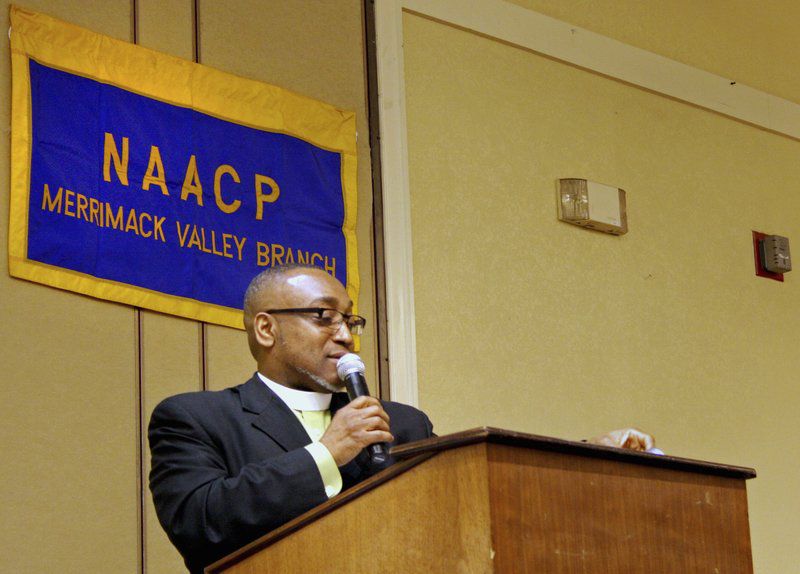 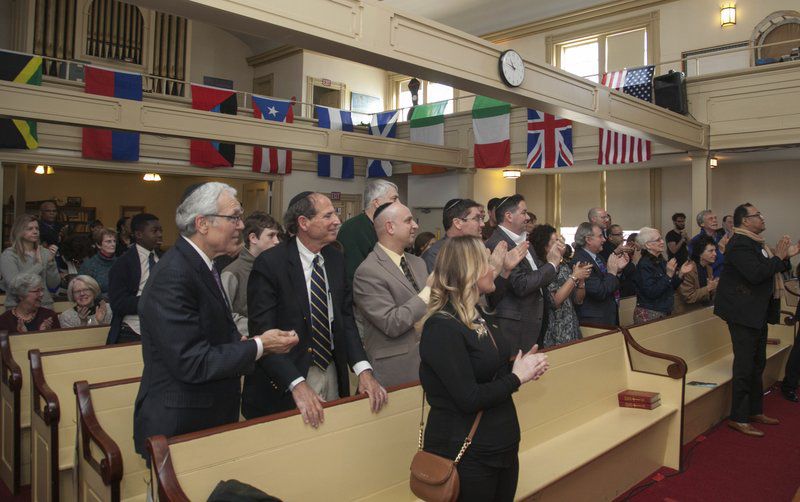 ANDOVER -- On the cusp of the inauguration of a new president -- who recently took to social media to mock civil rights leader and U.S. Rep. John Lewis, D-Ga. -- thousands gathered in person across the Merrimack Valley on Monday to remember and take guidance from the cultural leader Lewis and millions of others marched with, Rev. Dr. Martin Luther King Jr.

The theme of the Merrimack Valley chapter of the National Association for the Advancement of Colored People (NAACP) annual Martin Luther King Jr. Breakfast was reflection, as community members and religious leaders came together to ask: "Where do we go from here?"

Rev. Wayne S. Daley, of the Charles Street A.M.E Church and Louis D. Brown Peace Institute in Boston, offered an answer through a King quotation to open his keynote speech.

Daley referenced the story of the prophet Micah, who warned the Israelites against oppression and corruption. He never spoke of President-elect Donald Trump by name, but took on the role of Micah to beseech today's society to speak out against mass incarcerations, income inequality, and corrupt rulers who "avoid paying their taxes."

As Americans celebrate the legacy of King, civil rights leaders and activists are trying to reconcile the transition from the nation's first black president to a president-elect still struggling to connect with non-white voters.

Joseph Devoe, president of the Merrimack Valley NAACP, said to the roughly 200 people gathered at the DoubleTree hotel in Andover, times ahead may be hard, but strength can be found in numbers.

"When we have this much support, and so many like-minded people, I'm not concerned who's president," said Joseph Devoe, president of the Merrimack Valley NAACP.

Daley delivered an address imploring people to find their path within their community and to not give up.

"In the next days and years, we must refocus, recommit," said Daley. "We must do justice, love mercy, and walk humbly with our God."

At the NAACP event, Lawrence Mayor Daniel Rivera referenced his administration's efforts to hire police officers that looked like the community they served.

About a year ago, the state approved a request from the city to hire seven police officers from a civil service list comprised of Spanish-speaking candidates.

"We did in six months what hadn't been done in years," said Rivera. "And we are now fielding the second class of majority-minority police officers, that will hit the streets in June."

One of his officers, Kenneth Moore, was awarded the Bennie Armstrong Award for Strengthening Community. He is the first African American to join the Lowell police department, and has served the city as an officer for nearly 30 years. He currently serves as a school resource officer.

Meanwhile, across town at the Baptist Church on Central Street, the flags of no fewer than 15 countries were draped from the upper balcony, representing the nationalities of every church congregant. As such, it was a fitting venue for the day’s celebration of the life and work of Dr. Martin Luther King, Jr.

The theme of this 10th annual Martin Luther King Day celebration and luncheon was “Building Comm-’Unity’ - Using Teamwork to Make the Dreamwork,” and those who took the stage built upon these ideas through speech and song.

It was a celebration of Dr. King, but more importantly of his legacy and message, and its relevance within and without the walls of the Andover Baptist Church. Speaking to a crowd representing myriad races, religions and national origins, “We are the evidence,” Pastor Lyndon A. Myers said, “of what he marched for.”

In his keynote address, Reverend Dr. Emmett Price, III,  spoke of the importance of personal responsibility as well as personal humility, and indeed he seemed to call on those listening to seek balance in their roles as citizens of the world. He discussed commonalities between Dr. King’s legacy and the personal narratives of everyone present, describing each individual as “an ordinary person with an extraordinary task,” with part of that task being learning to work as a team.

There is both “a challenge and a risk there,” he explained, because “if any one of us becomes too inflated ... then you realize that you’re not part of the team. You’re going to be above and beyond the team.” At the same time, he laid the challenge at his listeners’ feet in starkly individual terms, when he said each person was “being told actively to be a game changer in this society ... . That’s why we’re here. We want to be challenged and charged to figure out what our role is.”