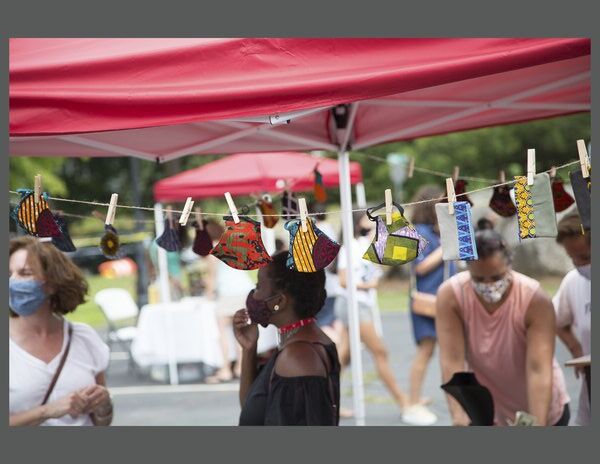 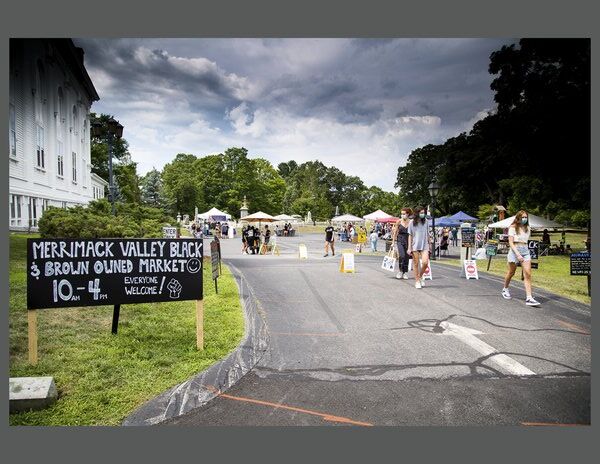 Courtesy photo/Anil Navkal. The Merrimack Valley Black & Brown Owned Market was held in the South Church parking lot Aug. 8. Due to the pandemic visitors were required to stagger their hours by pre-registering for half-hour visits. Masks were a must. 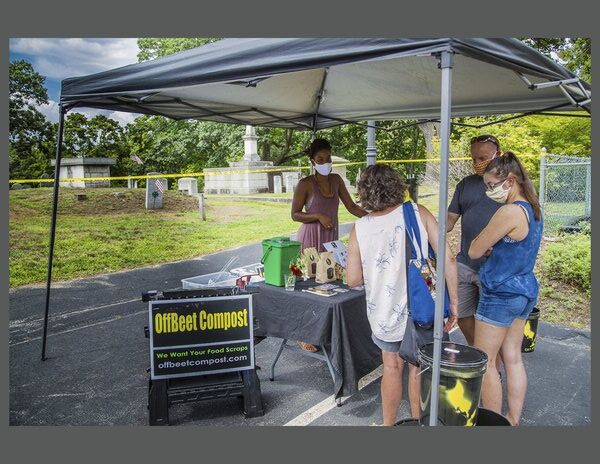 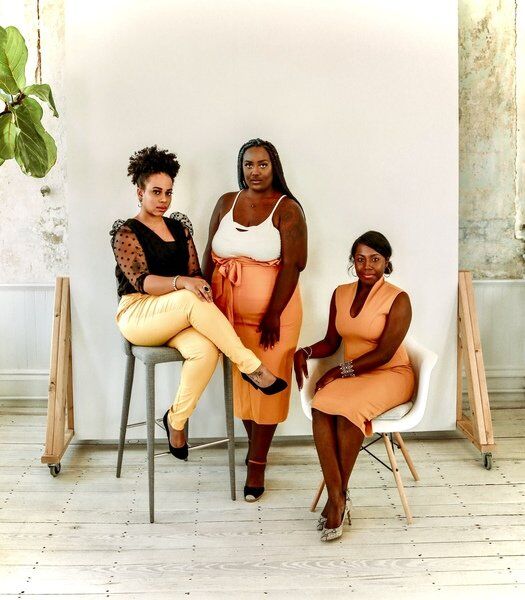 Courtesy photo/Anil Navkal. The Merrimack Valley Black & Brown Owned Market was held in the South Church parking lot Aug. 8. Due to the pandemic visitors were required to stagger their hours by pre-registering for half-hour visits. Masks were a must.

While the organization has only been around since late May, Merrimack Valley Black and Brown Voices has already organized a Juneteenth rally, held a Black and brown business owners' festival, signed up 1,500 "allied followers" on Facebook and created an attractive and informative website that includes a large and growing directory of minority-owned businesses.

They're just getting started.

The founders of the local nonprofit have created a closed Facebook page for Black and brown residents and their families. They call it a "safe space" for people of color to vent, communicate and solve problems. It has more than 700 members.

North Andover resident Bria Gadsden, also a co-founder, posted something about the May 25 killing of Floyd by a police officer in Minneapolis. Walther-Grant and Mayara Reis, the third member of the founding group, both commented on Gadsden's post.

Recognizing they were kindred spirits, they began messaging, texting and talking. Something clicked.

"We are natural business partners who met on Facebook," said Reis, 21, a UMass-Lowell criminal justice major concentrating on crime and mental health. "We each brought something different to the table. And then to grow this big and so fast, it's crazy. We are still in shock."

An organization devoted to helping Black and brown people, including business owners, families with children, and just everyday residents of the Merrimack Valley, doesn't seem like a revolutionary or novel concept. But the founders of this organization believe it is.

"There are a lot of groups like us who have tried to do something similar but haven't gotten this kind of exposure. I think it (the growth and popularity of the organization) is because we are unique from the other groups trying to bring social justice to the Merrimack Valley. These people claim they have groups that bring safe space to Black and brown people," Reis said.

"But in our case, we limit the people in our private Facebook group to Black and brown people or their families," she added. "So it's actually proven to be a safe space. We don't have fake allies coming into our group — people who think they're allies but don't put in the effort or really know what they're talking about. We have the allies page for that reason."

Still, this is more than just an online — or Facebook — movement.

Their Juneteenth celebration, put together in a week, drew about 400 people to the park behind the Cormier Youth Center in Andover, many of whom spoke from the heart about what it's like being a person of color living in the mostly white suburban towns in the Merrimack Valley.

Earlier, on June 8, they helped organize a BLM vigil in North Andover, attended by about 800 people.

Two weeks ago, they held a unique event dubbed the Merrimack Valley Black & Brown Owned Market, which drew hundreds of visitors checking out the booths of 15 vendors, all of which are owned by Black or brown residents of the region.

They could have had double the number of vendors, but health rules due to COVID-19 limited them. Nonetheless, the founders said, it was a huge success.

"With the pandemic going on, a lot of people may have lost clientele — they don't have a storefront," said Gadsden, 25. "A lot of these businesses are artisan based, making money attending fairs and markets. But they've been postponed or canceled, so we wanted to find a way to host a fair."

The Black & Brown Owned Market was born and came to fruition Aug. 9 at South Church in Andover. She estimates about 300 people showed up, not including the vendors themselves.

More importantly, she and her co-founders noted, is that the business owners are being heard, and helped, by the recognition they are getting from MVBBV.

They have a Black and brown-owned business directory on the website that took a tremendous amount of effort to compile, said Walther-Grant.

"We posted it on one of the Facebook groups and it got taken down immediately," she said. "They said it was a racially motivated post. We shouldn't have that kind of pushback, especially when Black and brown-owned businesses are underheard."

As a result, group members created their Facebook pages and website to give business owners a place to communicate and be heard while also "feeling a sense of community," she said.

That sense of community has gone beyond the local business world and entered homes across the region.

"This is first time in my life I've felt I belonged," Walther-Grant said. "And it's nice to have others come and tell us they feel like they belong, that they feel heard and welcomed, and they have a safe space in the community."

"Growing up I never had connections like this before," she said. "We've changed a lot in the lives of parents, kids, students and business owners."

The founders said they hope to gain 501c3 status soon, enabling them to raise money, hire a staff and perhaps even pay themselves salaries.

They continue reaching out to residents and business owners and are dabbling in local politics, working with female legislators on a variety of issues.

"Floyd was a catalyst," Walther-Grant said.

As a Black woman, she said, "I feel like we watch our fellow brothers and sisters get killed and I'm being desensitized just like everyone else. And that's so wrong."