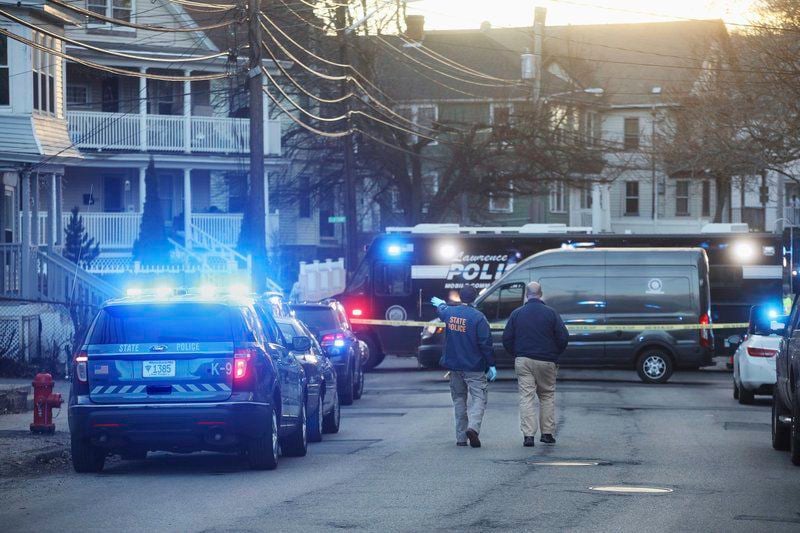 Investigators walk up to the scene of a fatal shooting Wednesday afternoon on Andover Street in Lawrence. 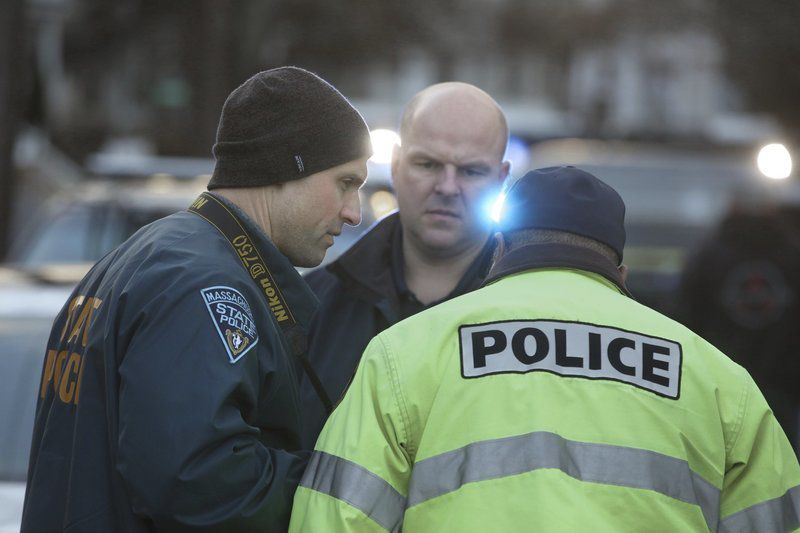 MIKE SPRINGER/Staff photosInvestigators confer Wednesday near the site of a fatal shooting on Andover Street in Lawrence.

Investigators walk up to the scene of a fatal shooting Wednesday afternoon on Andover Street in Lawrence.

MIKE SPRINGER/Staff photosInvestigators confer Wednesday near the site of a fatal shooting on Andover Street in Lawrence.

LAWRENCE — A city employee working on pothole repairs was shot and killed on Andover Street on Wednesday afternoon.

Police said it was unclear if the shooting was random or targeted.

The male Department of Public Works employee was shot near 485 Andover St. around 2 p.m.

The victim’s identity was not immediately released by police.

Police were initially called to the area for a report of shots fired and found the wounded worker, police said.

He was rushed by paramedics to Lawrence General Hospital.

An immediate search was launched for the shooter. Police simultaneously blocked off traffic and tacked up yellow crime scene tape. Public works trucks, including a dump truck with its dump body raised, were parked in the area cordoned off by police near Andover and Clifton streets.

Workers were in that stretch of Andover Street filling potholes Wednesday, police said.

With officers and detectives working in the area, Lawrence police brought in its mobile incident command vehicle (similar to an RV) and parked it across Andover Street.

“This is an active and fluid investigation,” wrote Carrie Kimball, spokesperson for District Attorney Jonathan Blodgett, in a statement released Wednesday afternoon.

“At this time, it’s inappropriate to comment on suspects or possible motive. When further information is available, it will be released,” she concluded.

Merritt Island, FL - Kenneth Alan Noel passed peacefully away on October 31, 2019 at his home. Ken was the son of Ernest Noel of Ocala Fla and his mother, Barbara Clark of Salem N.H. Ken was a longtime resident of Hampstead, N.H. He graduated from Haverhill Trade School in the class of 1967.…