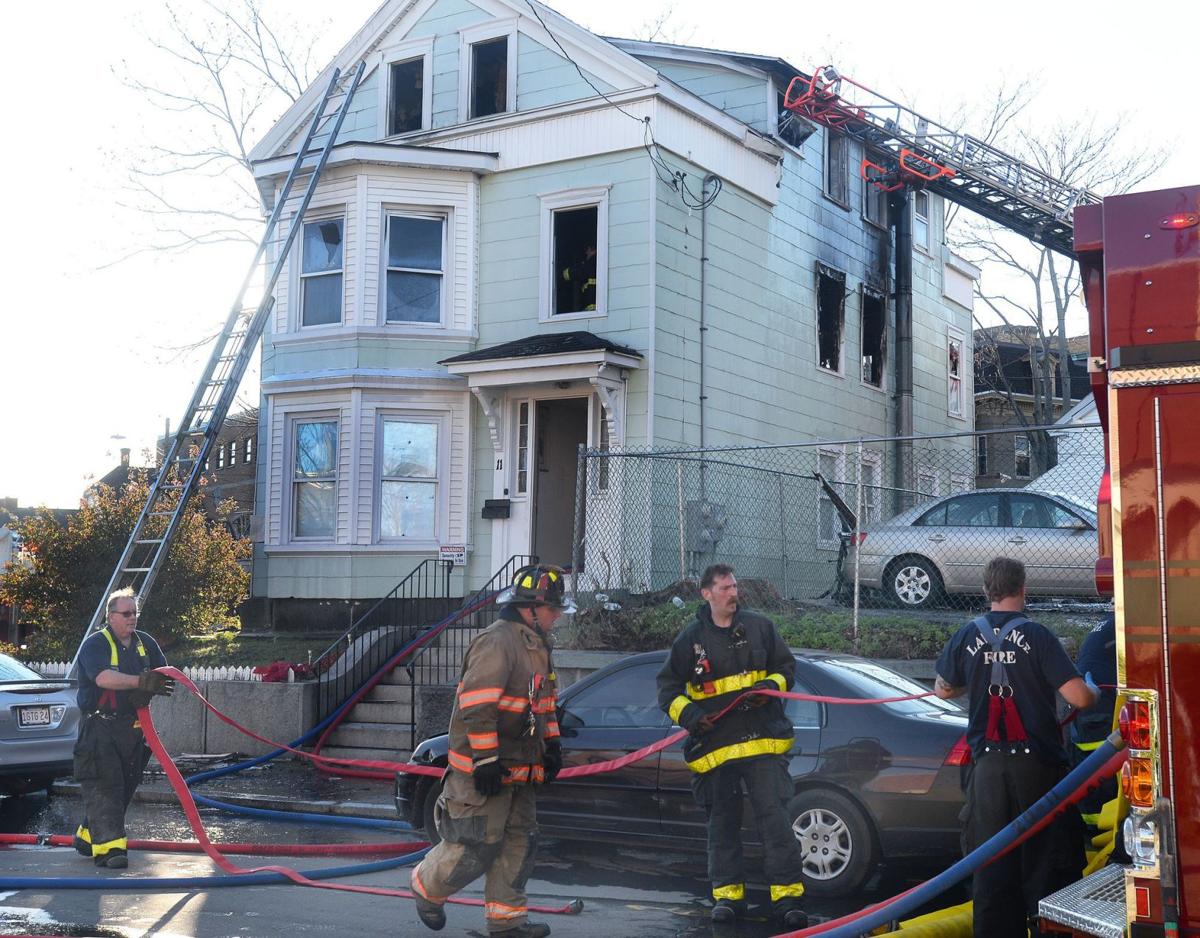 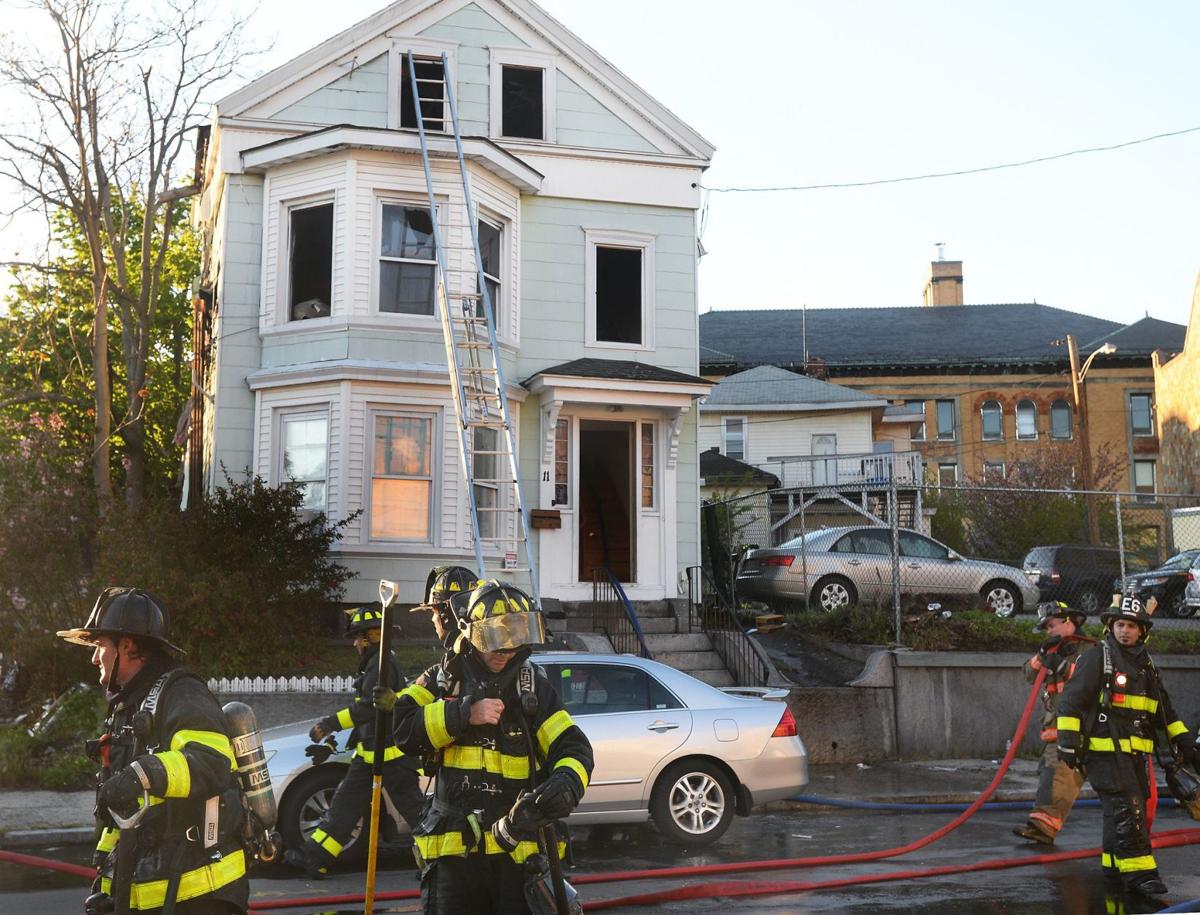 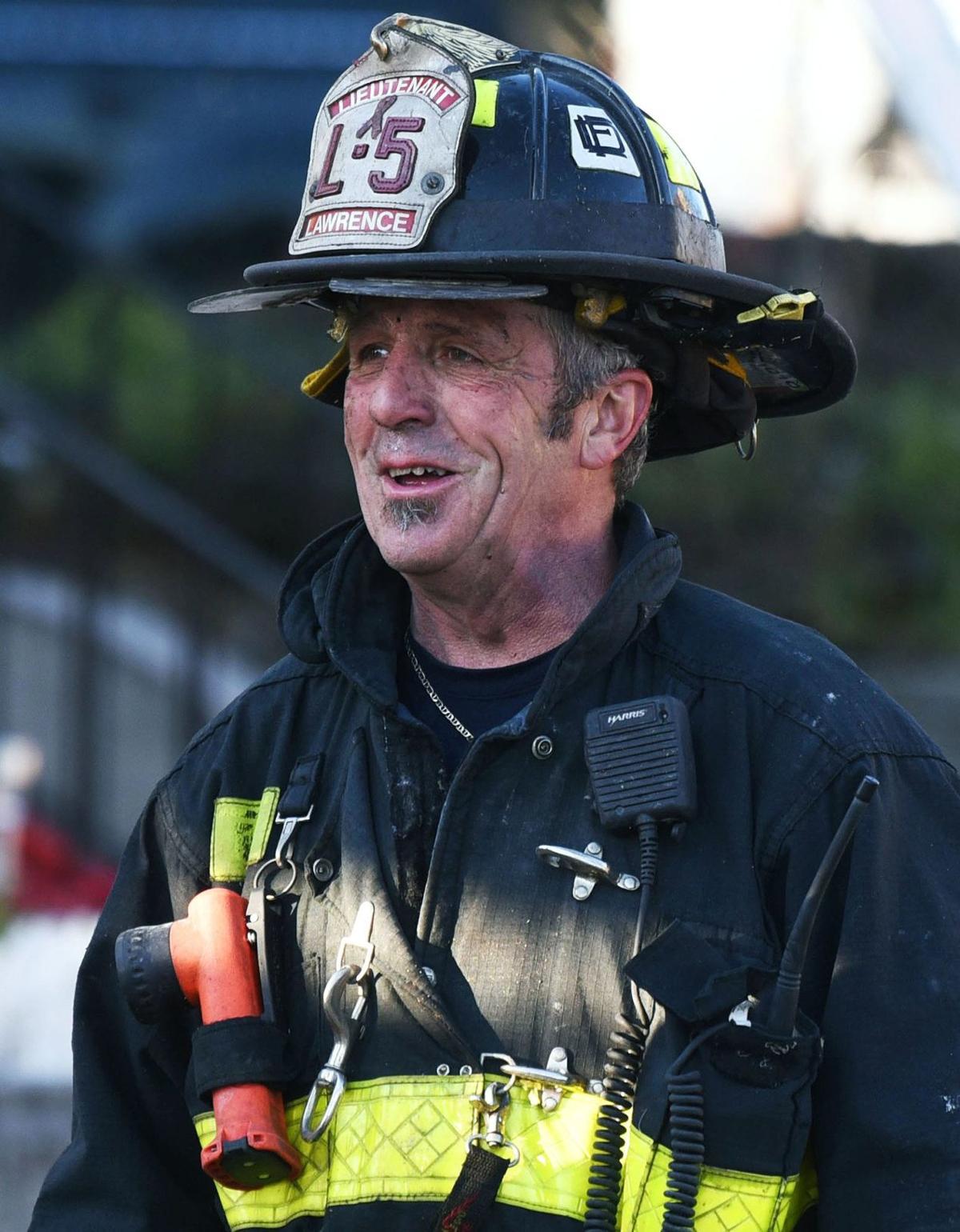 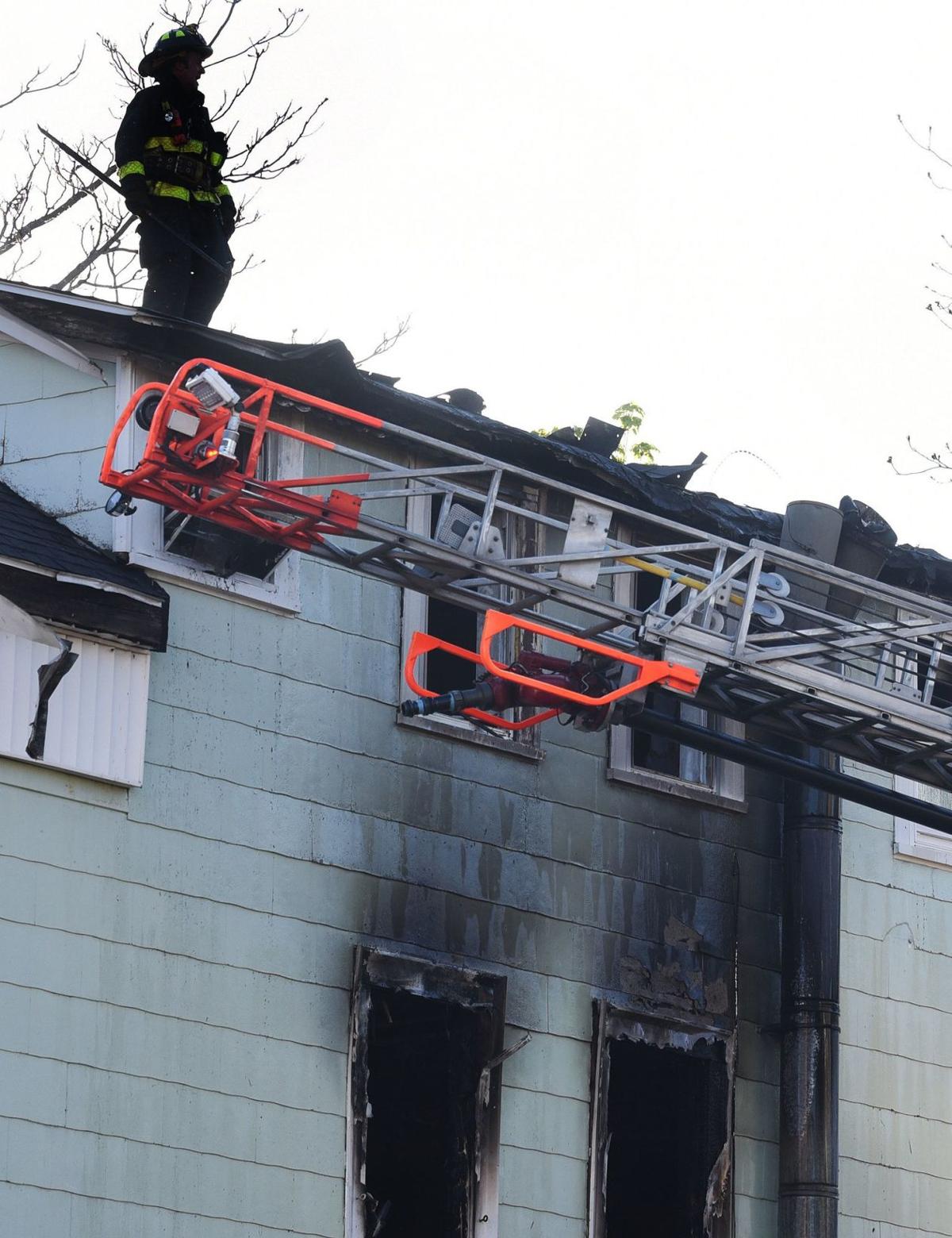 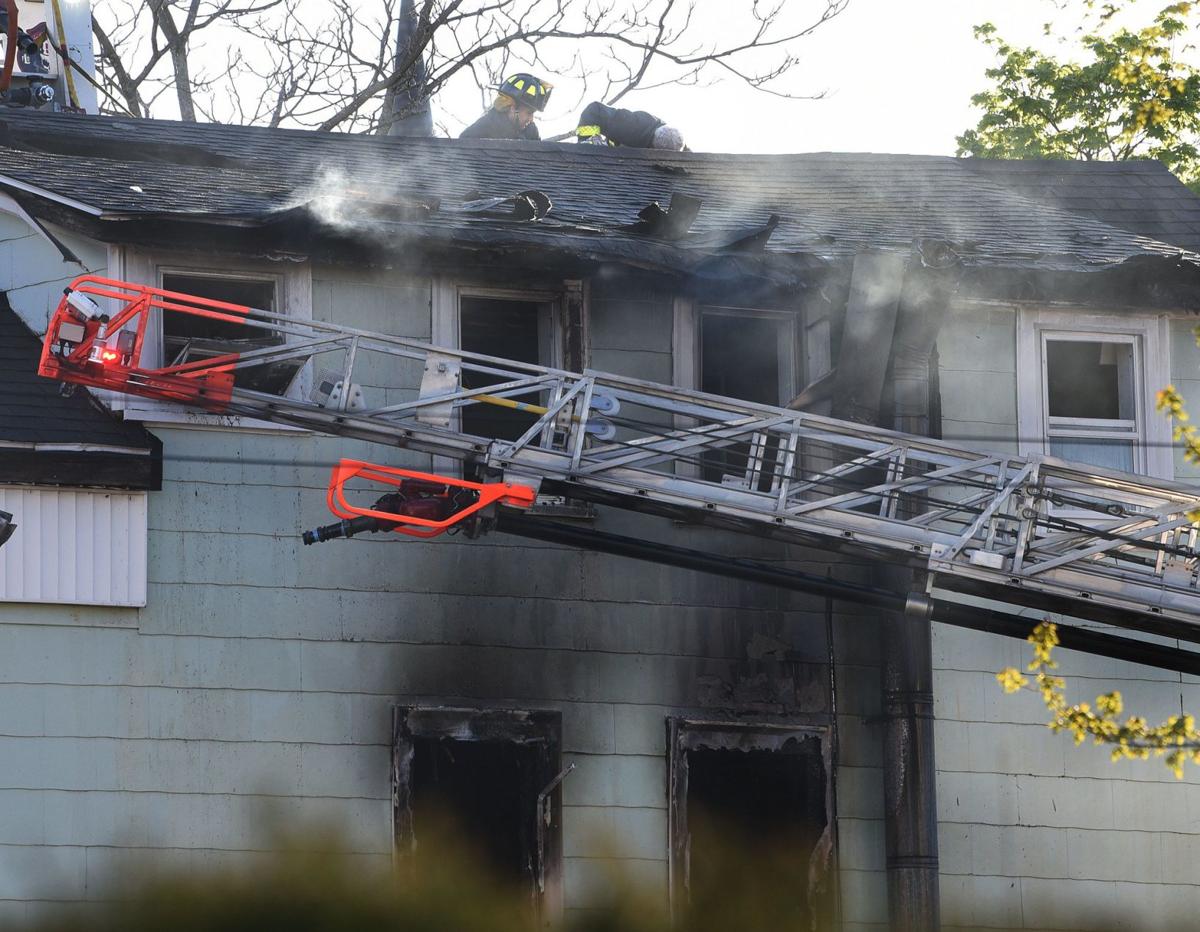 LAWRENCE — Seven people were left homeless by a three-alarm fire that heavily damaged a three-family house at 11 Lowell St. on Wednesday.

Everyone got out of the building safely and there were no injuries, according to Fire Chief Brian Moriarty, who commanded operations at the scene.

Moriarty estimated the damage at around $200,000. The second and third floors sustained the heaviest devastation. Moriarty said the building appears to be salvageable.

The cause is under investigation by the Fire Department.

The fire was reported at around 4:45 p.m. in an unconventional manner. A man rang the doorbell at the central station, which is just down the street from the house that burned, and said the building was on fire.

Deputy Chief Kevin Loughlin led the initial attack. Upon arrival, firefighters "confirmed that everybody was out of the building," Moriarty said.

The crew began by bringing two lines into the green, wooden structure. They had to cut up walls and pull down ceilings to get at the fire, the chief said.

Ladders 4 and 5 battled the fire from both sides of the house. Firefighters were using saws to vent the roof.

Moriarty said the city's newest engine, Squad 1, performed admirably on its maiden fire. Squad 1, he explained, is a rescue vehicle that also serves as a pumper.

"We now have five pumps instead of four," he said.

The American Red Cross was contacted to help those who lost their homes. Too often, the chief said, tenants do not have renters' insurance.

Efrain Cabrera, 33, was among those displaced Wednesday afternoon. Asked where he was going to stay that evening, he said he did not know.

He does not have family in the area, he said. Cabrera, who works as a cleaner at Phoenix Academy, said he might be able to spend the night at a friend's home.

"The guys did an awesome job," Moriarty said.