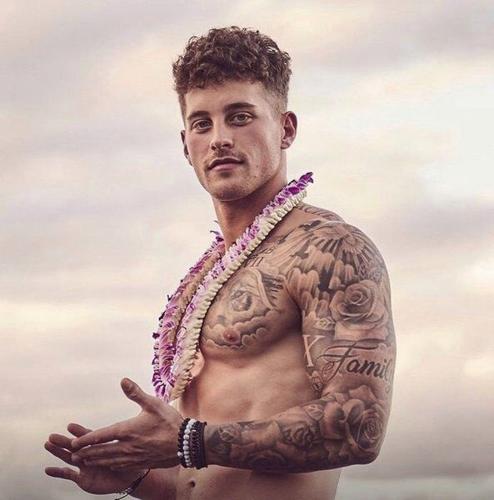 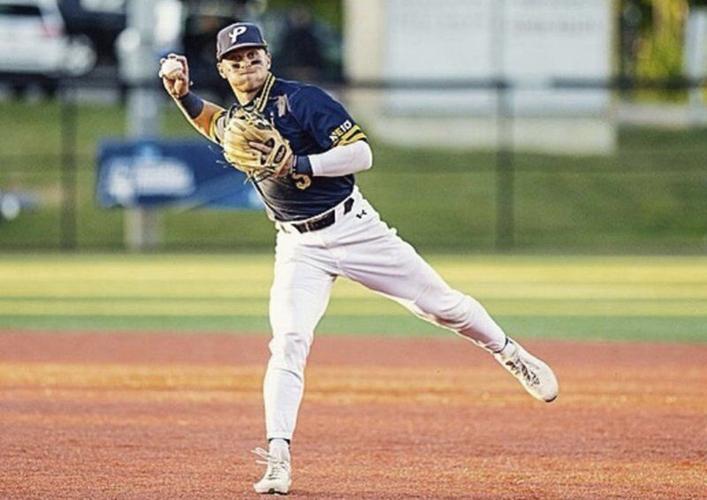 It came down to playing in the Division 2 College World Series or being a contestant on the reality show “Love Island 3,” which is being filmed in Ninole, Hawaii, and begins Wednesday night at 9:30 p.m. on CBS.

In light of his decision, the “Love Island” producers were so impressed by Goldstein's photos, videos and meetings with them that they decided to wait it out and allow him to travel to Hawaii later than he would have so he could finish the baseball season.

Goldstein had not even seen the previous two seasons of "Love Island." But he was introduced to the show when his older sister Lindsey called him after she watched the United Kingdom version of it.

“I was with my friend and we couldn’t believe how much Josh looked like one of the guys on the show,” Lindsey said. “I told him all about the show and told him he should fill out the application. And he did. And he kept moving along in the process until now.”

It was not an easy journey because Goldstein was not only playing baseball, but was working on his graduate degree in business.

“It’s been a crazy few weeks,” said Goldstein’s mom, Lynn. “They wanted him to be in Hawaii earlier while his baseball team was going to the (Div. 2) College World Series. He said he was not going to miss the World Series with his teammates. He’s a captain. He’s had a great career there. If they wanted him they were going to have to wait it out.”

Goldstein’s baseball exploits will no doubt be part of his story on the show — and well they should.

He finished the last three full seasons with the SNHU Penmen as the starting second baseman, hitting .317 over his career. The team won the Northeast-10 regular season championship all three years he was a starter and last month won the NE-10 tournament.

After SNHU was eliminated from the World Series in North Carolina on June 8, Goldstein got a call from the show’s producers the next day about him hopping on a flight that night. But he needed to move out of his school apartment, so he put it off for 36 hours.

“The day before he left was so stressful because of all the moving and then getting ready to go to Hawaii the next morning,” his mom said.

Upon arriving at the show’s location, each of the 12 contestants had to turn in his or her cell phone. They're not allowed contact family and friends, nor can they use social media.

The reality show's premise is for the men and women to date, eventually finding their "true love."

"Love Island" has some significant differences from other reality TV dating shows. A key one is that most portions of the episodes are from the same day and not taped weeks, or even months, in advance of being broadcast.

The show will run for three weeks with four episodes this week, five next week and three for the final week. The final episode airs Thursday, July 22, with each running 90 minutes.

While Goldstein’s looks, athleticism and outgoing personality played keys roles in making the final cut, his adoration for his family apparently was well received by the producers, too.

“We are a very close family,” Lynn said. “Not only he and my daughter and my husband [Marc], but our extended family, as well. We do a lot together and have a lot of fun. Going to Joshua’s hockey and baseball games has been so much fun for all of us. He really is a great person. I can see why he made it to the show.”

“He really deserves it,” Lindsey said. “He has been so focused on baseball and then getting his masters degree that he hasn’t really been able to focus on relationships," she said. "I can’t wait to see him.”

The allure of 'Love Island'

The reality TV show "Love Island" brings together a group of contestants referred to as "Islanders" who live in a villa in Hawaii.

The Islanders are cut off from the outside world and under constant video surveillance. To survive in the villa, they have to be in a relationship with another Islander. So they couple up on first impressions, but later have the chance to "re-couple" at special ceremonies during which they can choose to remain with their current partner or move on to a different one.

The Islanders are presented with many games and challenges designed to test their physical and mental prowess, after which the winners are sometimes presented with prizes.

The Islanders are given a phone specifically to contact fellow participants via text, and also to receive text messages informing them of the latest challenges, "dumpings" and re-couplings. Otherwise, they can't use cell phones to reach out to those at home. They also aren't allowed to drink much alcohol.

Islanders can be eliminated, or dumped, for several reasons, including remaining single after a re-coupling session and by public vote through the "Love Island" mobile app.

During the show's final week, viewers vote and the favored couple wins.

At the ceremony during the finale, the winning couple receives two envelopes, one for each partner. One envelope contains $100,000 and the other contains nothing.

The partner with the $100,000 envelope chooses whether to share the money as a test of trust and commitment.