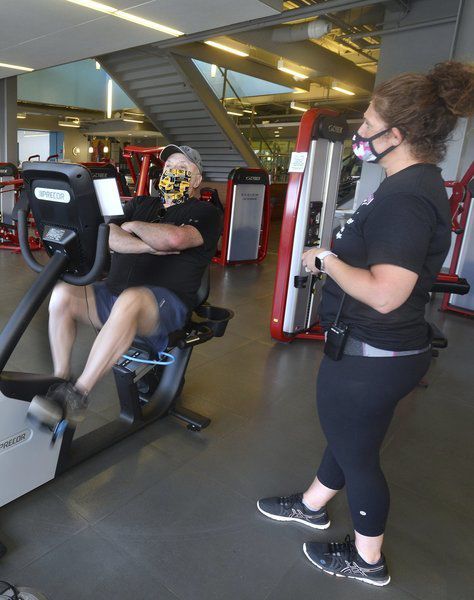 Ed Owens of Andover, a member of the Merrimack Valley YMCA since 1997, works out with help from Cara Green, the Health and Wellness Director. The Y reopened Tuesday. 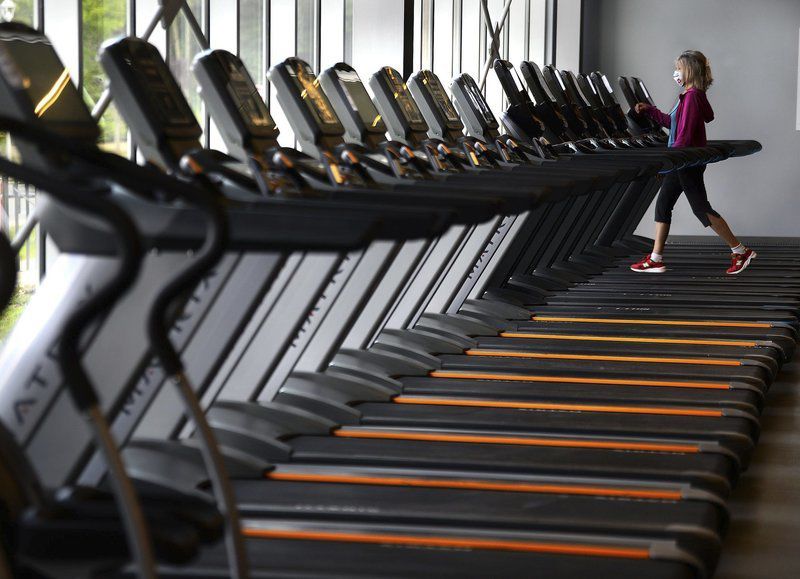 CARL RUSSO/Staff photosA member of the Merrimack Valley YMCA exercises on a treadmill. The Y reopened Tuesday, after a week of just doing limited group exercise classes outside. 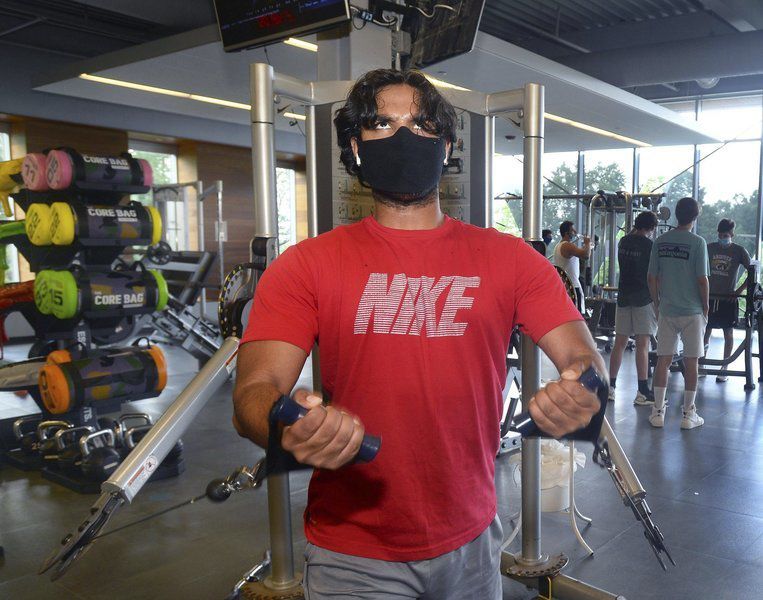 Ed Owens of Andover, a member of the Merrimack Valley YMCA since 1997, works out with help from Cara Green, the Health and Wellness Director. The Y reopened Tuesday.

CARL RUSSO/Staff photosA member of the Merrimack Valley YMCA exercises on a treadmill. The Y reopened Tuesday, after a week of just doing limited group exercise classes outside.

ANDOVER — Members of the Merrimack Valley YMCA are free to return to its swimming pools and gyms now that the facility reopened Monday, months after closing down due to the coronavirus crisis.

During that week, the Y also held limited group exercise classes outside.

“Over the course of the rest of the month we will be bringing some of our other youth programming online,” Kenneally said. “We’ll be doing some sports skills; our swim teams will begin to practice. There won’t be any competitions for any of those sports programs, but they’ll start to do skill development and practicing and things like that.”

If you plan on returning to the Y there are some post-pandemic changes. For one, members are required to wear masks as they enter the building and head through the common areas, but masks are not required on the workout equipment.

In addition, all the workout equipment is spaced 14 feet apart.

According to Kenneally, the Massachusetts guidelines that came out before July 6 during the Phase 3 reopening state that the Y can only operate at 40% capacity.

“We just opened yesterday and are not at 40% right now,” Kenneally added.

And for those who like to frequent the Y’s swimming pools, members have to reserve a lane in advance online. Only six swimmers are allowed in the pool at a time.

While capacity has decreased, so have members. Kenneally said they lost about 50% of the membership base during the pandemic.

“That was a huge challenge,” said Kenneally. “But again, we are like any other business that had to shut down. We are experiencing the same kind of challenges. And we have been very happy, many of our members have supported us.”

One of the ways the Merrimack Valley Y responded to the pandemic was to increase its food security work. The Y, which normally has a food pantry in Lawrence that operates every Thursday serving about 60 families, began feeding 200 families when the pandemic hit. The pantry also started offering grab-and-go dinners every night.

“Since March 17, we have served 40,000 grab-and-go dinners and most recently, we added a mobile food market at our Methuen branch,” said Kenneally.

“So we talk to our members about, ‘Hey if you stay with us your membership will help us support this work that we are doing in the community. And it will also provide these virtual classes for you.’”

During its closure, the Y furloughed about 300 part-time staff members — a major portion of its workforce — because the programs they worked for were no longer operating. Thirty full-time employees were either furloughed or laid off as well, Kenneally said.

Y employees were furloughed or laid off from the School Enrichment Program, which partners with the Lawrence Public Schools. Employees were also let go from the Active Science program, which Kenneally doesn’t know will ever come back.

“Obviously schools didn’t reopen and as they come back online, we don’t know what that’s going to look like,” Kenneally said.

Some employees in administrative positions were let go, as well.

“We had to make some decisions to survive,” said Kenneally. “But now that we are reopening, we have been bringing people back, especially a lot of our frontline staff that deliver the programs.”

Plaistow - Sharon (Campbell) McAdams, 66, of Plaistow, passed away on Friday, January 8, 2021, at Holy Family Hospital-Merrimack Valley, Haverhill. She was born in Haverhill on September 13, 1954, the daughter of the late Linwood and Catherine (Bergeron) Campbell. Educated in the Haverhill s…

Haverhill - Virginia H. "Ginny" Adams, 93, formerly of Groveland, passed away on January 6, 2021, at Lowell General Hospital. She was the wife of the late William E. "Bill" Adams to whom she was married for 66 years. Born in Haverhill on June 21, 1927, she was the daughter of the late Willia…