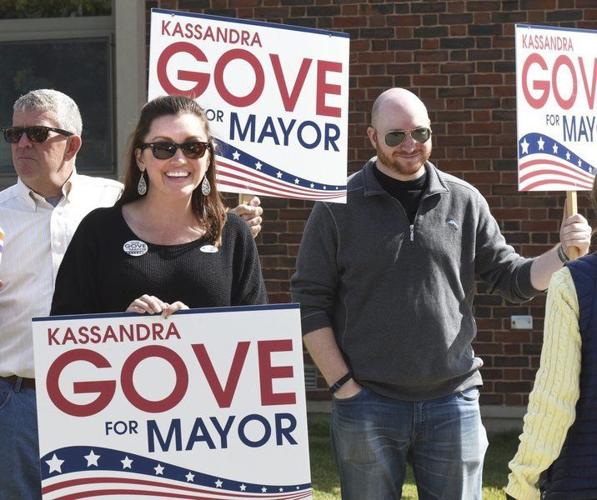 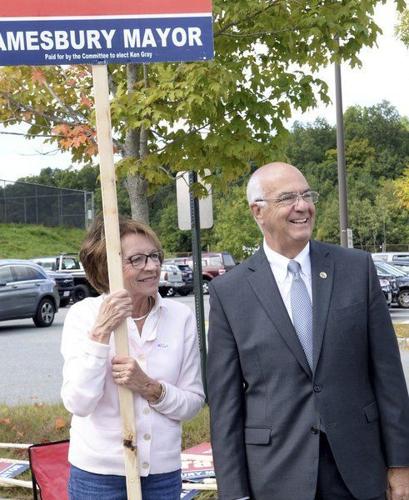 BRYAN EATON/Staff photoAmesbury Mayor Ken Gray and his wife, Donna, greet people at the polls Tuesday in his bid for re-election. 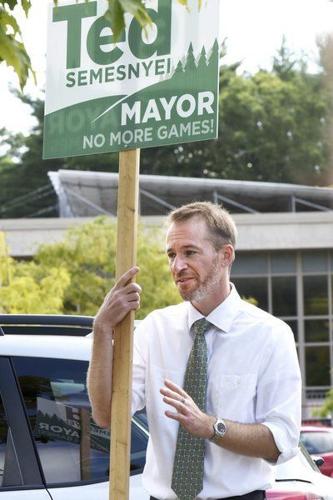 BRYAN EATON/Staff photoAmesbury Mayor Ken Gray and his wife, Donna, greet people at the polls Tuesday in his bid for re-election.

AMESBURY — Chamber of Commerce Executive Director Kassandra Gove is a step closer to becoming the city’s next chief executive after topping Mayor Ken Gray in the preliminary election Tuesday.

Four candidates for mayor were on the ballot and Gove was the top vote-getter, receiving 802 votes.

Gove and Gray now move on to face each other in the municipal election Nov. 5.

Gove said she was “thrilled” with her victory.

“I’m very happy with today’s results,” Gove said. “I’m looking forward to a lot more work. This is just beginning and I look forward to talking to more Amesbury citizens.”

Gray received 766 votes in his bid for a fourth, two-year term.

“I’m happy to have successfully gotten to the final two candidates,” Gray said. “We have a lot of work to do and we will be back in November.”

“Life goes on,” Semesnyei said. “Congratulations to the winners. I felt like I represented a voice that wasn’t being heard out there, so I am proud of my campaign. I wouldn’t change a thing.”

The voter turnout Tuesday was roughly 15%, according to City Clerk Christine Dixon.