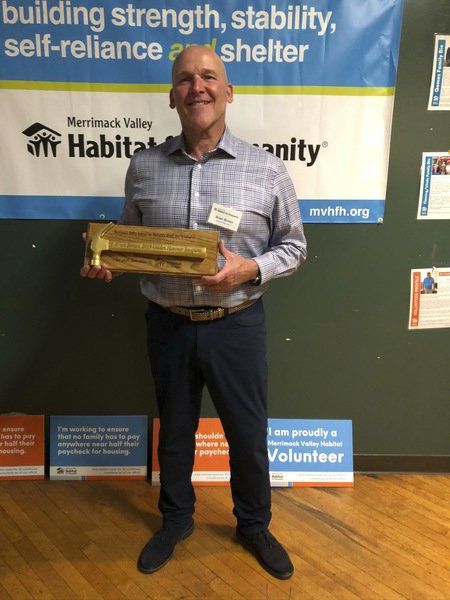 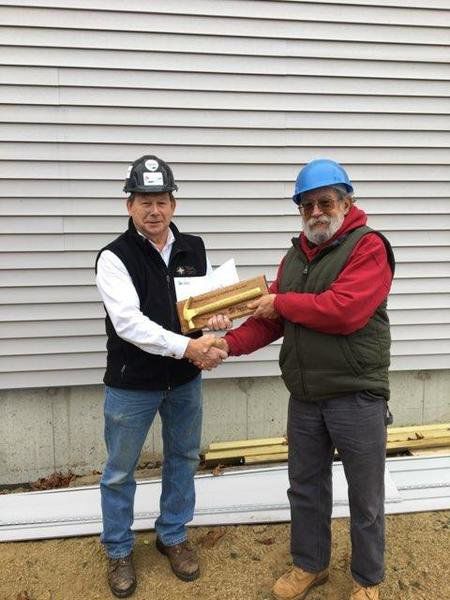 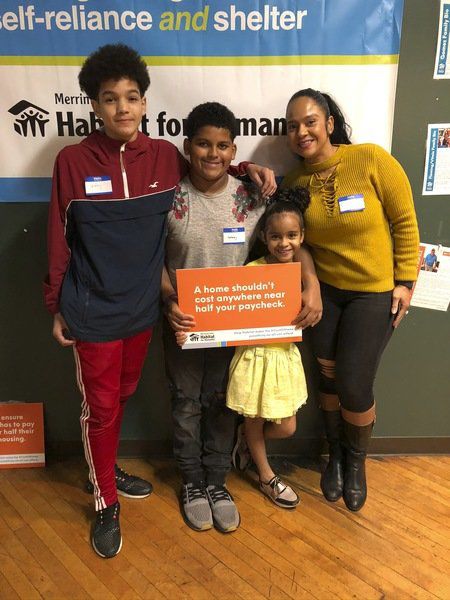 The event recognizes dedicated volunteers, supporters, board members and business leaders who have contributed time toward building affordable housing for local families.

According to a press release from the organization, 1,267 individuals contributed over 33,000 hours toward the group's mission.

The value of those hours equates to approximately $843,000 in savings, which under normal circumstances would have been paid to construction companies and experts in the building process.

Since its founding almost 35 years ago — in 1985 — volunteers have contributed upwards of 660,000 hours to the home-builder's mission. These numbers round out to cost savings of more than $16 million for the affiliate, which also translates to direct savings for Habitat families.

Merrimack Valley Habitat for Humanity staff and members of the board were joined by 100 of our most regular volunteers at the Claddagh Pub in Lawrence on Nov. 1 for the celebratory night of recognition.

Awards were presented to volunteers who have contributed 500 or more hours over the previous year. Awards were also presented for 400, 300, 200 and 100 hours contributed. All in all, 59 of awards were handed out.

“It is only through the generous donation of volunteer time and talent, that we are able to build safe, decent and affordable homes for local families throughout the Merrimack Valley," Merrimack Valley Habitat for Humanity Executive Director Meegan O’Neil. “It takes a village to build a home, not to mention building multiple homes at a time, and we are extremely lucky to have that village of dedicated individuals who come out and build with us on a weekly basis.”

Two volunteers, who work for or own local businesses, and who made a contribution that resulted in significant cost savings, each received a “Golden Hammer” award. Those winners were: Brian Brown from SPS Solutions and Bob Williams, who owns Star Construction.

The most notable award, the “Margot Bixby leadership award,” was presented to Stuart Johnson, a volunteer member of the Board of Directors who also sits on numerous committees and generally joins in to help build in Salisbury a number of times a week.

He has had a tremendous impact on the affiliate’s ability to bring building projects to a close through quiet leadership, both on the site and off. This leadership and personal commitment exemplify the values of our founder Margot Bixby.

Missed by Many Heartfelt Memor...

Missed by Many Heartfelt Memories Thomas Francis Ramos 2008 His friendly smile and kindness was felt by many,