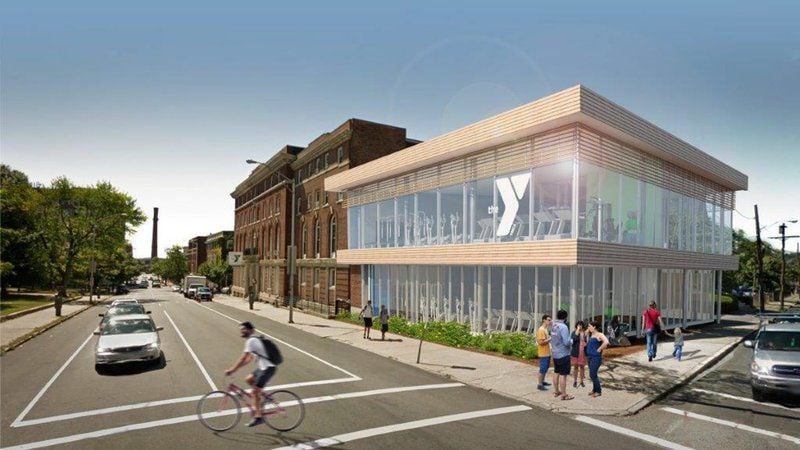 Courtesy photo An artist rendering of the Lawerence YMCA, which has begun what will be a $5.2 million dollar update to its Lawrence Street location. 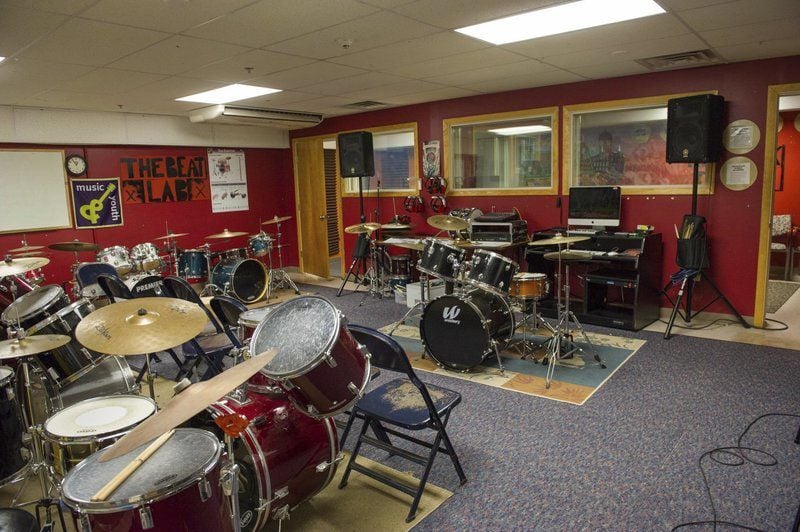 AMANDA SABGA/Staff photoThe Lawerence YMCA features the Music Clubhouse, a music program free to all students. The Y is undergoing a  $5.2 million renovation and expansion project in Lawrence. 9/28/17 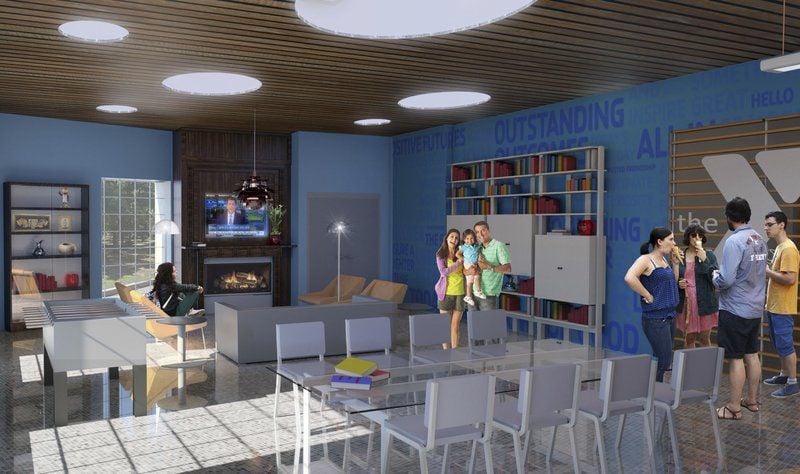 Courtesy photoA rendering of an interior space that will be part of the $5.2 million dollar update to the Lawrence YMCA. 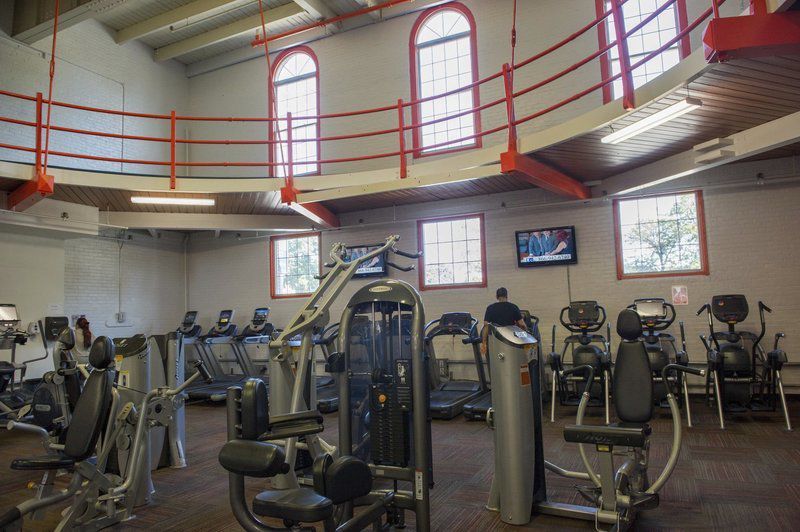 AMANDA SABGA/Staff photoThe workout area of the Lawerence YMCA has been relocated to a former gym area as part of what will be a $5.2 million update to the Lawrence Street location. 9/28/17 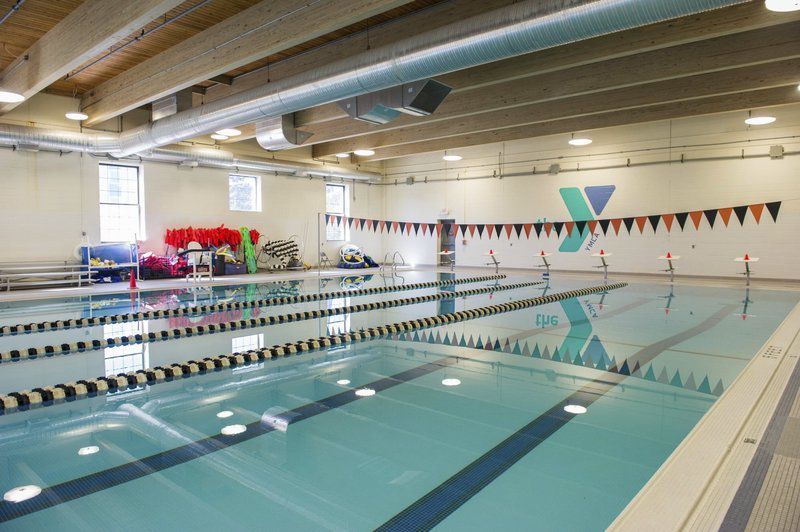 AMANDA SABGA/Staff photoThe Lawerence YMCA has begun what will be a  $5.2 million renovation and expansion project in Lawrence. 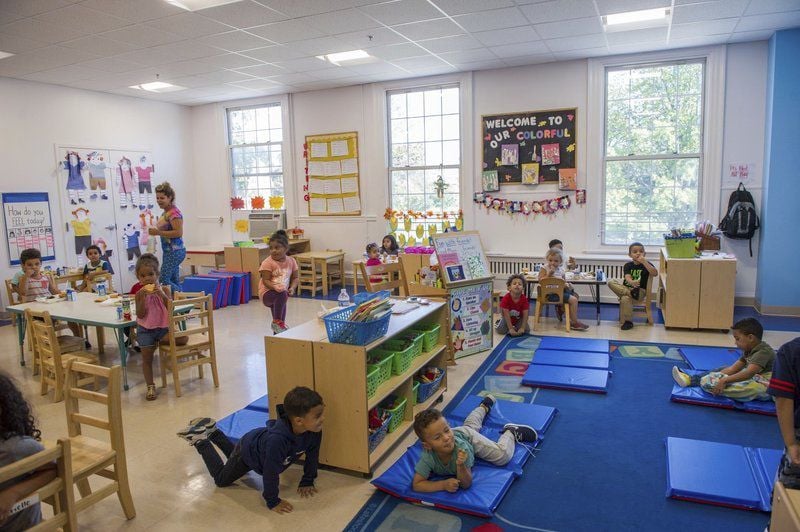 AMANDA SABGA/Staff photoStudents enjoy the new and improved preschool area at the Lawerence YMCA. The project was part of the Y's $5.2 million renovation and expansion project in Lawrence.9/28/17

Courtesy photo An artist rendering of the Lawerence YMCA, which has begun what will be a $5.2 million dollar update to its Lawrence Street location.

AMANDA SABGA/Staff photoThe Lawerence YMCA features the Music Clubhouse, a music program free to all students. The Y is undergoing a  $5.2 million renovation and expansion project in Lawrence. 9/28/17

Courtesy photoA rendering of an interior space that will be part of the $5.2 million dollar update to the Lawrence YMCA.

AMANDA SABGA/Staff photoThe workout area of the Lawerence YMCA has been relocated to a former gym area as part of what will be a $5.2 million update to the Lawrence Street location. 9/28/17

AMANDA SABGA/Staff photoThe Lawerence YMCA has begun what will be a  $5.2 million renovation and expansion project in Lawrence.

AMANDA SABGA/Staff photoStudents enjoy the new and improved preschool area at the Lawerence YMCA. The project was part of the Y's $5.2 million renovation and expansion project in Lawrence.9/28/17

LAWRENCE – One hundred and seven years after it opened on a corner overlooking Campagnone Common as one of the first YMCA's in the nation, the agency is launching a public campaign to raise $3 million to complete a renovation and expansion of the building that will include a dramatic, three-story glass-paneled building that will provide a glittery, modern contrast to the historic building it will adjoin.

The more public part of the campaign to raise the balance is just getting underway and is expected to last up to three years. The Y already has commitments from all of its trustees and directors, and also will seek support from local businesses and from the 2,000 families and individuals who are members.

James Kapelson, the vice president for membership at the Merrimack Valley YMCA, an association that includes Y's in Lawrence, Methuen and Andover, said the programs and services that they provide are especially critical in impoverished cities such as Lawrence, where governments struggle to provide social services. Lawrence is the poorest city in the state by most measures. It has no youth center or indoor public recreation center.

“In a tough, challenged city like Lawrence, the need is as clear as the nose on your face,” Kapelson said. “There are so many health inequities, services that are unavailable. It's our desire to be here and provide that.”

The Y recently completed a first phase of the project, converting much of the second floor from a performance stage and other uses into four classrooms for preschoolers at a cost of $1.4 million.

The preschool program had been housed in a row of basement rooms with little of the natural light, airy ambiance and amenities of its new accommodations two stories up. Now it has new flooring, lighting, ceilings, bathrooms and over-sized windows that soak the rooms in sun and provide spectacular views of the Common.

A fourth room for the preschoolers also was added when the program was moved, allowing it to expand to serve 80 children. A kitchen where lunch is prepared now is available.

On a recent afternoon, the kitchen delivered full trays of chicken, french fries and broccoli to the classrooms. In one, several of the 20 or so preschoolers interrupted their lunch and ran to the door when visitors knocked, encircling them playfully. In a similar room next door, about 20 other preschoolers already were deep into their mid-day naps. A few stirred in their sleeping bags.

The Y built the Lawrence Street building in 1910. It never left, and the capital campaign it organized to pay for the renovation is called “Here for Good.”

There have been several other renovations and expansions over the century, bringing it to 65,000 square feet.

A $3.5 million renovation in 2002 added a six-lane, 75-foot swimming pool – suitable for competition – that replaced another pool about half as long that wasn't suitable for much more than just getting wet. They called the old pool “the bathtub,” said Gary Morelli, president of the Merrimack Valley Y. It has since been filled in and re-purposed as an art studio.

This renovation will be more ambitious than the last and will affect almost all of the laundry list of programs and facilities in the building, from the lobby inside the front door to the weight room out back.

Its most ambitious element will be the 8,000-square-foot glass building at the corner of Lowell Street, which will replace the squash and racquetball courts with a wellness center — formerly called gyms – that will give a new home to the weight room and also include cardio equipment such as treadmills, Ellipticals and rowing machines. One of the floors will be underground, so from the street the building will appear to be two stories.

The existing weight room will be converted back to a gymnasium with an open floor. The tiny overhead track – 37 laps is a mile – will be preserved.

The glass building was inspired by a similar-but-larger one added to the Andover/North Andover YMCA on Haverhill Street in Andover last year, which was part of a $23 million renovation that doubled the size of that facility.

At the Lawrence Y, the only elements of the renovation visible from the street will be the new glass building and an alley the YMCA shares with the YWCA next door, which will be landscaped. The building's century-old brick exterior, with cement trim, roofline dentils and ornate brickwork details typical of the era, will be preserved.

The 73 single-room-occupancy apartments for formerly homeless men on the Y's top two floors also are not part of the renovation. The Y has provided the housing for 80 years.

The Y's board of directors approved the expansion and renovation and began fund raising for it in April 2015, with a plan to raise the entire amount from donations and to do the work in phases as the money comes in.

The building will remain open through the work and most of its programs and services — including, nutrition counseling, athletics, disease prevention, tutoring and after-school entrenchment programs, such as music that it provides to 11 public schools in Lawrence — will not be interrupted. The Y also operates a daytime summer camp in Salem, New Hampshire, and sleep-away camps for boys and girls on Bear Island in Lake Winnipesaukee, also in New Hampshire.

In all, the Lawrence Y employs 250 people and has an annual budget of $3.4 million, most of it from donations, grants and member fees. Memberships range from $7 to $65 a month, although members too poor to pay are not charged.

“At this branch, it's always a challenge to make ends meet,” Morelli said about the uninterrupted cycles of fund-raising.

Sitting on the steps outside and fiddling with his cell phone, 18-year-old Rainiery Cruz said the effort is worth it. He said he's a regular at the Y and right now is participating in its 30-day Challenge, a fitness program for beginners to the weight room.

“I love it here,” said Cruz, a Methuen resident studying computers at Northern Essex Community College. “There's a gym. A pool. It has everything I need.”

GIVE TO THE CAUSE

For more information about the renovation and expansion or to make a donation, visit http://mvymca.org/lawrenceexpansion