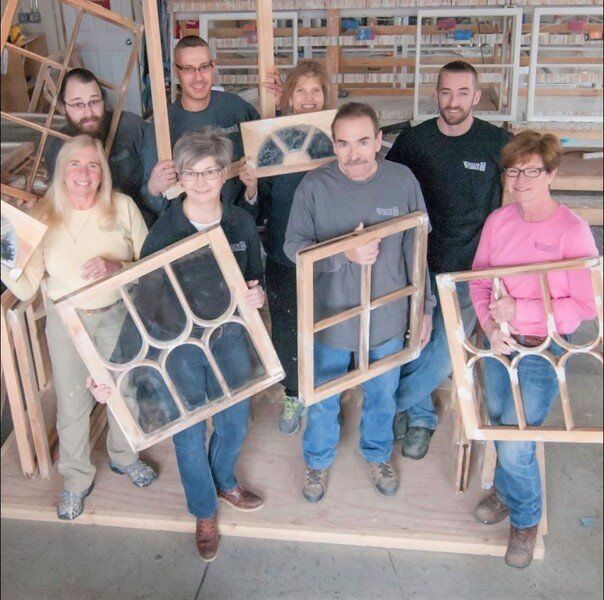 Courtesy photo Alison Hardy, second from left, of Window Woman of New England, is one of the speakers featured on "Applied History." 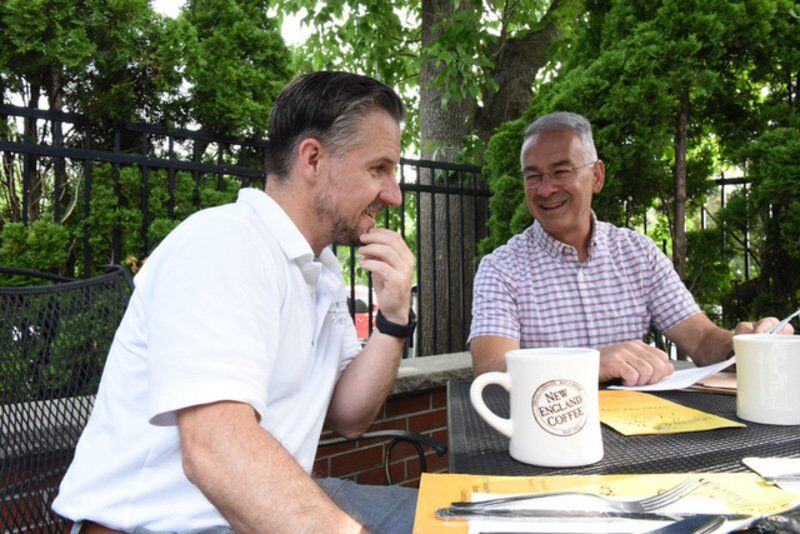 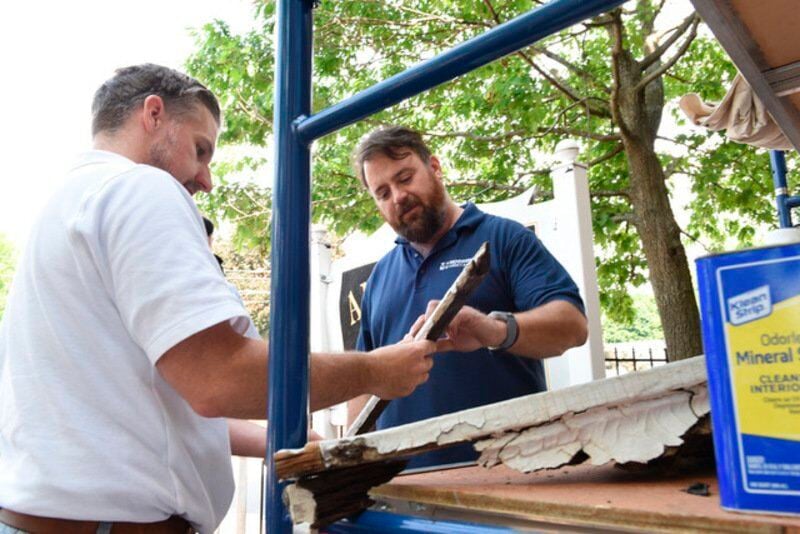 Courtesy photo Andrew Brewin of Modern Heritage in Amesbury, right, explains how to preserve rotting wood for an episode of "Applied History" with Matt Blanchette. 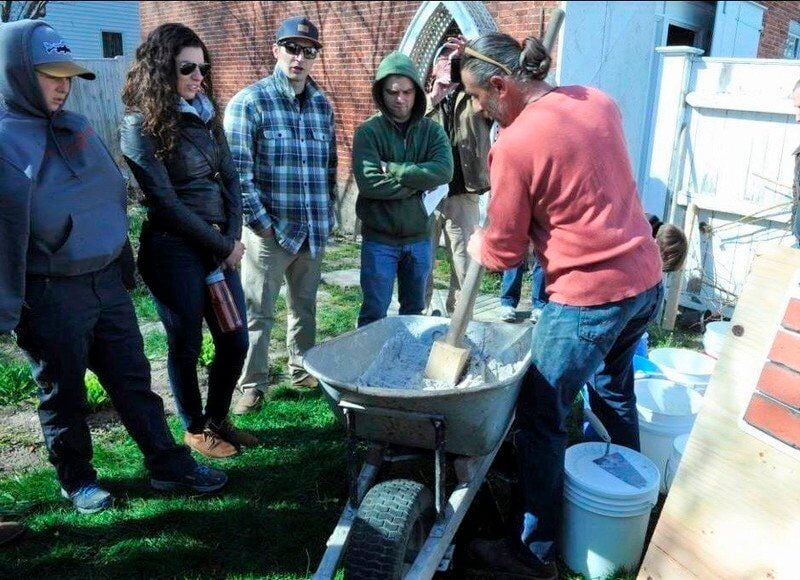 Courtesy photo Fabio Bardini of Florentine Renaissance Masonry in Salem, Mass., teaches students from North Bennet Street School in Boston how to mix traditional lime mortar using lime putty, which was imported from Italy, at the Museum of Old Newbury.

Courtesy photo Alison Hardy, second from left, of Window Woman of New England, is one of the speakers featured on "Applied History."

Courtesy photo Andrew Brewin of Modern Heritage in Amesbury, right, explains how to preserve rotting wood for an episode of "Applied History" with Matt Blanchette.

Courtesy photo Fabio Bardini of Florentine Renaissance Masonry in Salem, Mass., teaches students from North Bennet Street School in Boston how to mix traditional lime mortar using lime putty, which was imported from Italy, at the Museum of Old Newbury.

NEWBURYPORT — A local man launched a new website — Historic Home Towns — on Friday, with the goal of educating homeowners on how they can have the house they desire, while still preserving its historical features.

The mission of the website is "to inform homeowners about ways that they can make their house efficient and modern and yet, preserve the historic character at the same time," according to Matthew Blanchette, a real estate agent with Keller Realty.

Blanchette, 38, grew up in Lawrence, but discovered Newburyport through a unique opportunity he had in the early 2000s as a young adult.

Ray Pike, former longtime Salisbury Harbormaster, was captain of a tall ship known as Misty Isles, which had been serving tourists in the Bahamas, but needed to be brought back to Newburyport for repairs. He was seeking a crew for the last leg of the trip to sail from Virginia to Newburyport.

Blanchette, who grew up sailing on the Merrimack River, jumped at the opportunity to spend seven days out at sea.

"It was a wild experience for a kid from Lawrence," he said, adding that he met some of his best friends to this day on that trip.

It also introduced him to Newburyport.

"I stepped off the boat into the city and I was just in awe," Blanchette said. "I decided that I would love to live here for the rest of my life, if I could."

One of his first jobs in Newburyport led him to do work on "a beautiful federal mansion owned by Tom Kolterjahn," co-president of the Newburyport Preservation Trust.

Kolterjahn soon took Blanchette under his wing and taught him the ins and outs of preservation masonry.

From there, Blanchette earned an apprenticeship with Richard Irons, who is recognized as an authority on restoration masonry in New England and across the country.

He worked for Irons for 10 years before branching out and starting his own restoration masonry company, Heritage Masonry, in 2015. At the same time, Blanchette also sat on the board for the Newburyport Preservation Trust for a few years.

"Coming up under Tom Kolterjahn, Richard Irons and the pedigree of preservationists that I was associated with, their passion just rubbed off on me," Blanchette said. "You couldn't not be excited about the history that is all around us. This place is special."

With this passion, Blanchette also saw another side to preservation. As a millennial, he understood the feelings that come with saving up a lot of money to buy a house, but also wanting that house to have a working kitchen and energy efficient windows.

He saw a need for education, instead of just telling people what they shouldn't do when it comes to updating a property.

Blanchette launched a bimonthly speaker series, originally called "Do It Ye Self" and now know as "Applied History," which features presentations by an array of local tradespeople.

"It is our objective to leave the audience with an understanding of how they can, hopefully, preserve their house better, apply practical technique and preserve their history," he said.

"For example, a well weather-stripped window that is freshly glazed is actually more energy efficient than a brand new window in a lot of cases," Blanchette said.

These videos, as well as a list of resources for folks who want to learn more about preservation but may not know where to start, are accessible at www.historichometowns.com.

The site will serve as a network for preservationists to talk to each other. It will also be a place to compile information about prominent historic communities like Newburyport, Salem, Mass., Ipswich and Portsmouth.

There is even a list of contractors who specialize in antique houses.

"I believe it's part of my responsibility as a Realtor in the area to contribute to my community," Blanchette said. "This is just something that I believe in and I think it's a subject that warrants conversation."