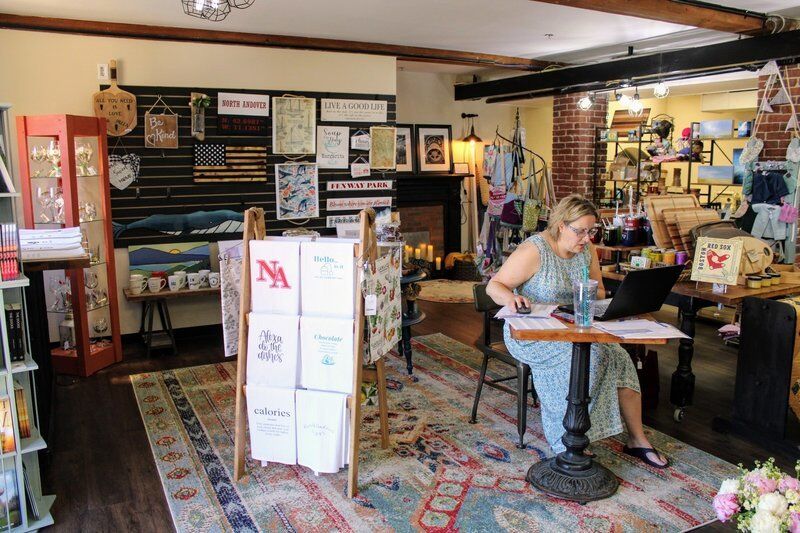 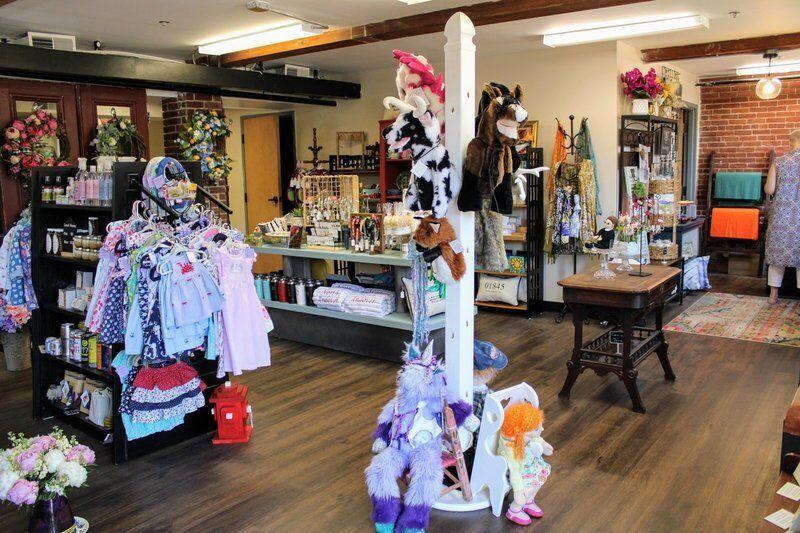 Courtesy photo. An array of inventory at the Village Studio in North Andover.   The Village Studios opened on June 5 and offers hand crafted items from more than 70 artisans. 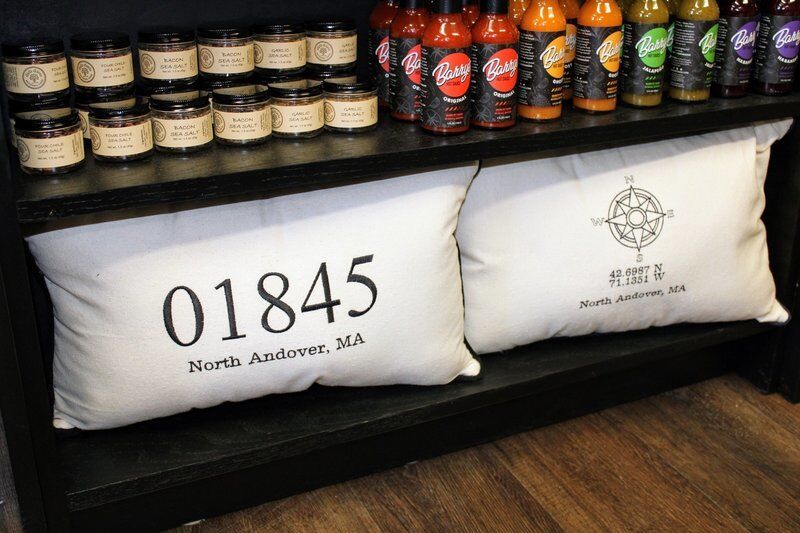 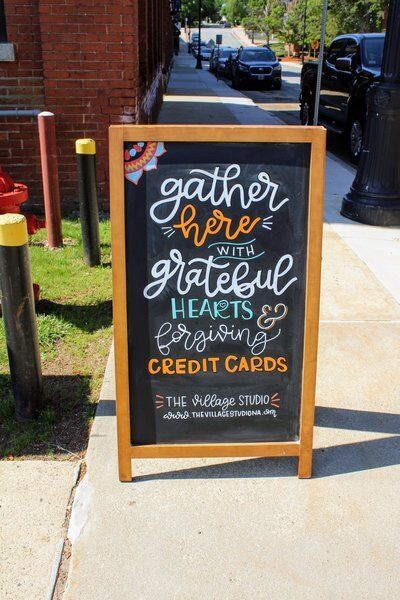 Courtesy photo. In addition to selling handcrafted items, The Village Studios is a gathering place where people can attend workshops or learn to sew. 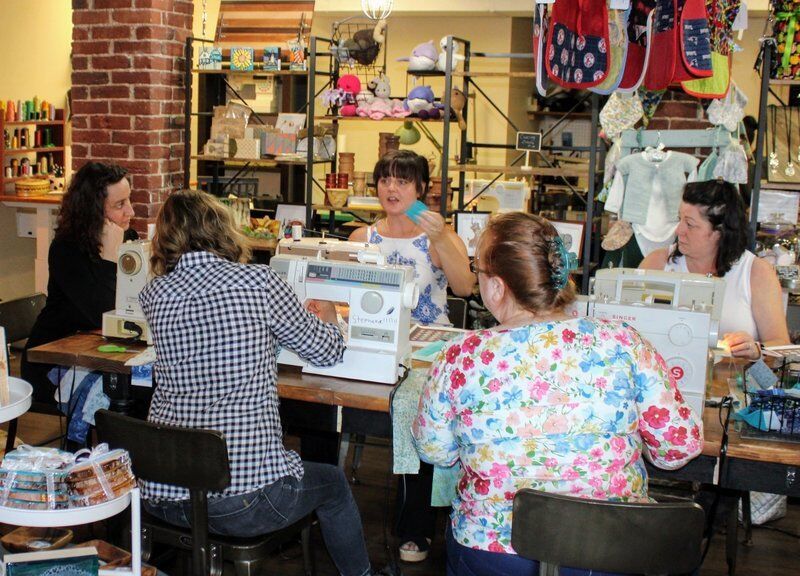 Courtesy photo. An array of inventory at the Village Studio in North Andover.   The Village Studios opened on June 5 and offers hand crafted items from more than 70 artisans.

Courtesy photo. In addition to selling handcrafted items, The Village Studios is a gathering place where people can attend workshops or learn to sew.

NORTH ANDOVER — For fans of handcrafted products, North Andover's Artisan Market at the Mills will be back Oct. 17.

But for anyone who can't wait that long and wishes they could visit the market every week, The Village Studio opened June 5 across the street.

Featuring work by more than 70 artisans from around New England, the shop at 43 High St. is managed by Sally Finnimore, who also organizes the Artisan Market.

"About four months ago, we started to think about this concept of a studio, and this space on High Street became available," said Darcie Nuttall, who helped found the studio along with Finnimore, Johanna Myers, and Melissa Mack. "We had to get our act together. We had to act fast."

In spite of that tight schedule, the studio looks like it's been there for ages, with enough items on the shelves to keep browsers occupied for hours.

There are jams and hot sauces, jewelry made from sea glass or recycled materials, and hand-painted pottery. Pouches, purses and beach bags are also on display, as are gift baskets for baby showers and care packages for pampering yourself.

Wallets from Dan Jacavanco of Andover, also known as Leather Man Dan, are among the most locally made inventory, as are cutting boards by Magnus Julin, a North Andover student.  And Haverhill's Kelly Ferguson, who used to live in North Andover, knits and crochets baby sweaters and booties that are carried in the store.

"But it's not just a retail business," Nuttall said. "It's so much more than that."

The motto at The Village Studio is "Shop Gather Create." In line with this, workshops are offered in the design studio in the back of the store, where people can craft a quilt from old T-shirts or sew a sturdy canvas tote bag.

"It's all about creating a place for people to go, having people come out of the pandemic and have a place to gather again," Nuttall said. "We've noticed a lot of people coming into the store, and we want to provide ways for people to be creative and learn new things."

That includes sessions conducted by artisans whose work they feature, such as Kara Webster of Enchanted Vines in Pelham, who recently taught a group of 10 how to make wreaths.

"People bring a bottle of wine with them, all the supplies are provided, and they sit down and make a beautiful wreath," Nuttall said.

"They're going to do different arts and crafts that feature mermaids, and they're going to meet a 'real' mermaid, who has participated in the Coney Island Mermaid Parade," Nuttall said, referring to Marlena Zapf of North Andover, who is also an author of children's books.

The four women who are running The Village Studio met while working on the Artisan Market, and each brings a range of skills to their new undertaking.

While Finnimore, who has a background in education, runs the store and paints custom designs on glassware, Mack created and maintains the website.

Myers, who also works part time at the New England Quilt Museum in Lowell, is a seamstress. She also rehabilitates vintage sewing machines at a bench in the studio.

"I apprenticed with a sewing machine repair shop in Southbridge when I lived in Massachusetts in the '80s," said Myers, who has lived in 45 towns and moved to North Andover three months ago. "I've just always done it for friends when we traveled around. I'm ex-military. When somebody needed a sewing machine repaired, they took it to me."

People often have sentimental associations with their machines, she said, which they may have inherited from a parent.

"Especially this past year, with COVID, a lot of people started sewing again and the metal machines will last much, much longer," she said. "There really isn't that much that goes wrong with them. Change the needle, oil, grease it, and it's good to go again, whereas the plastic ones break and you can't really repair them."

Nuttall, who at the studio handles custom orders, leads workshops and runs the camps for children, also works as a mental health counselor. She thinks crafting is great therapy.

"That's what I do to cope," she said. "It's my stress reliever, and my family is so patient because my whole dining room was fabric and sewing machines. Now its so much nicer because I can come here."