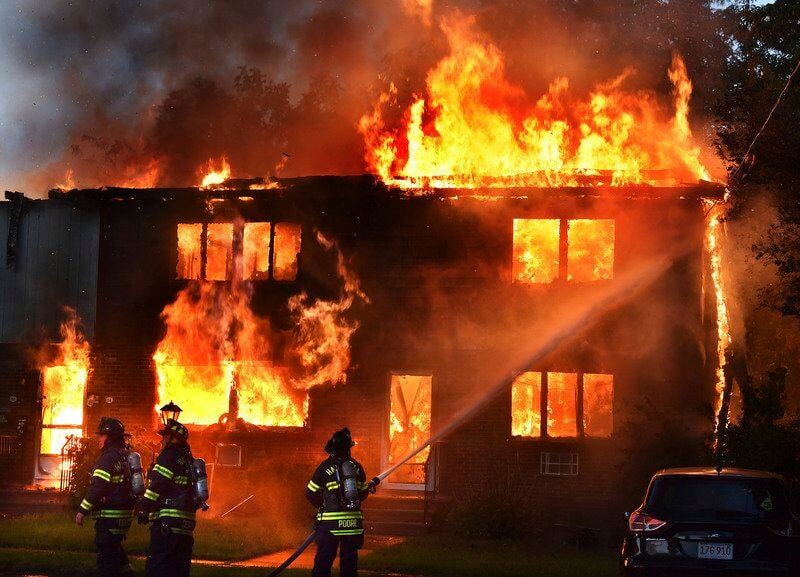 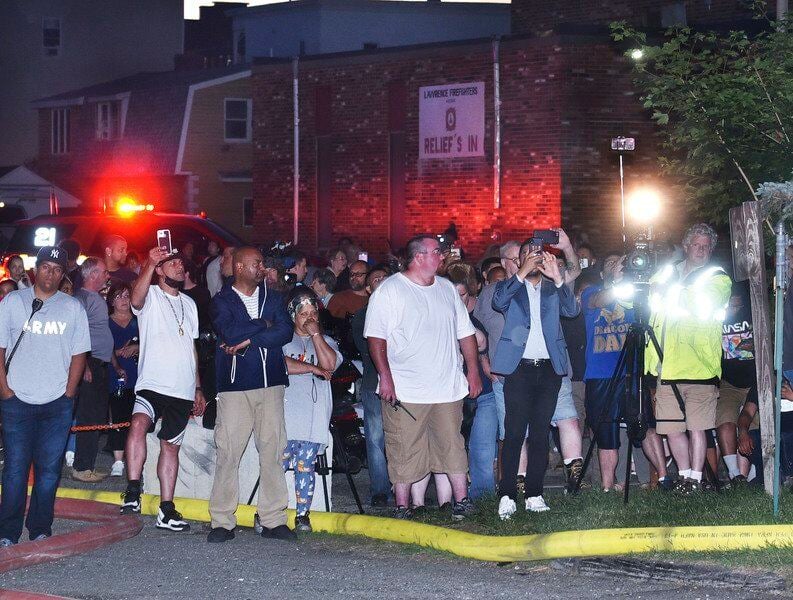 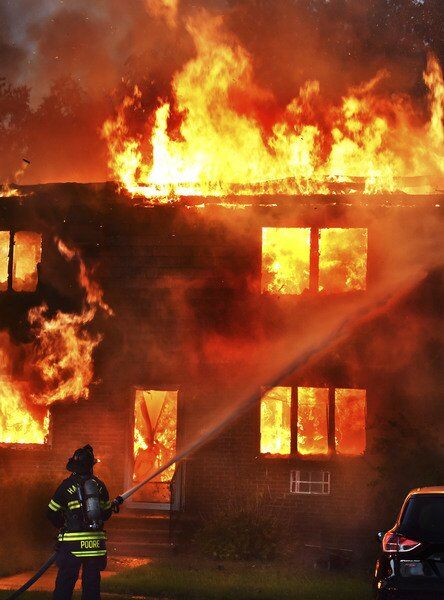 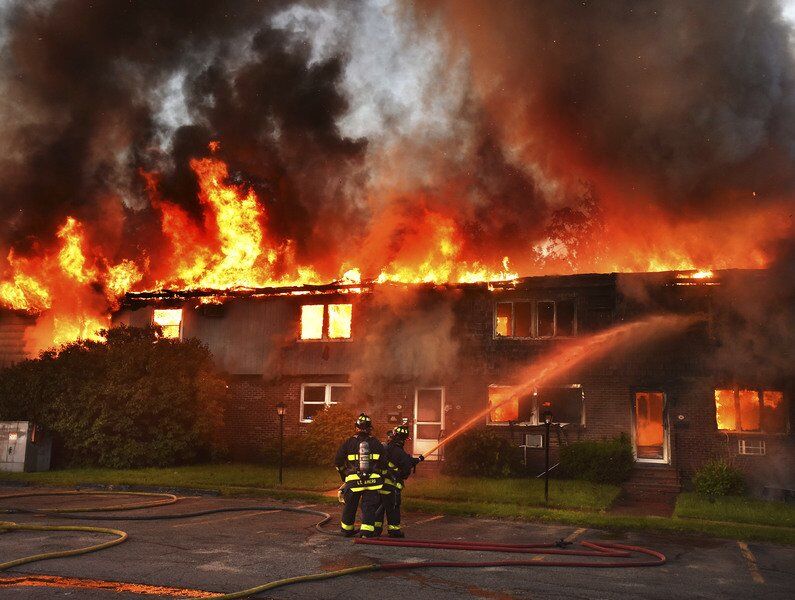 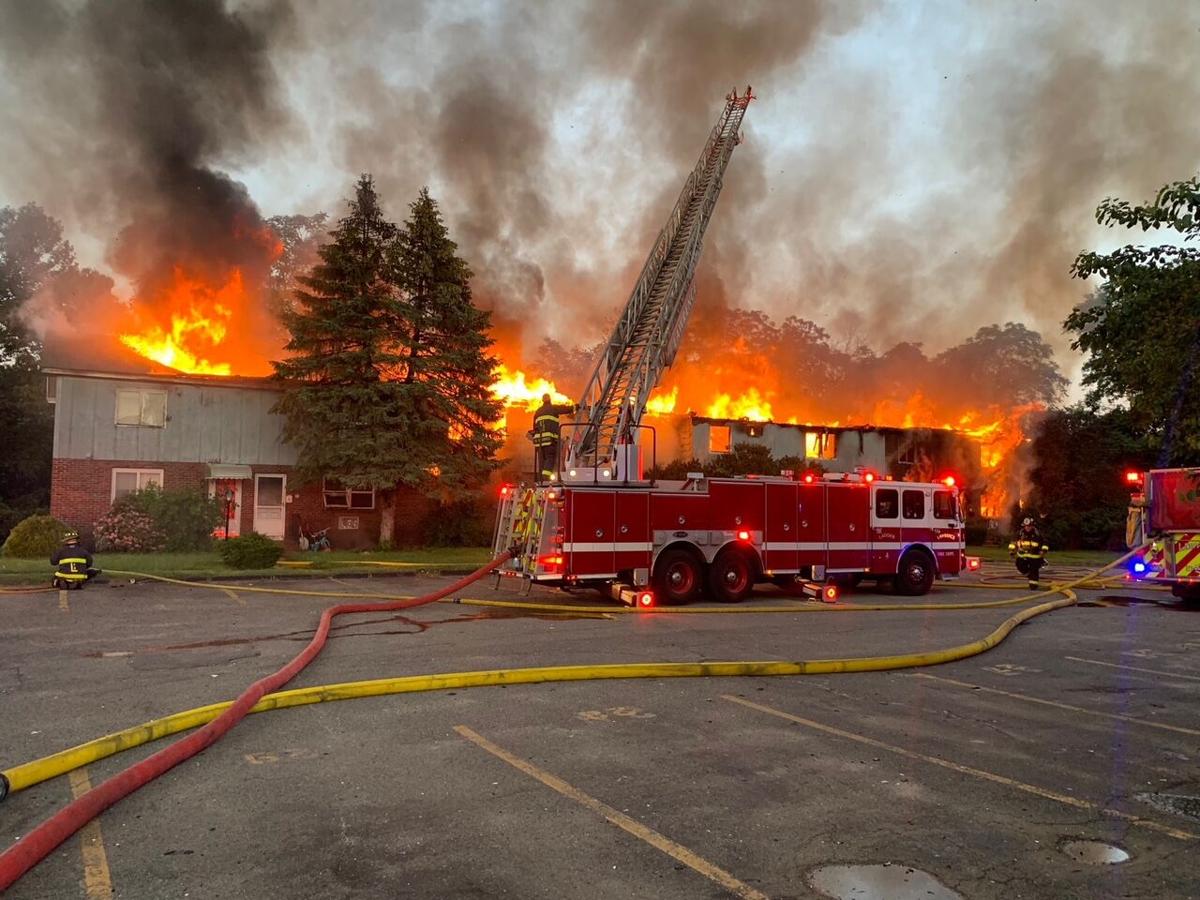 LAWRENCE — No injuries were reported but eight South Lawrence families were displaced after an apartment building on Shawsheen Court went up in flames Thursday night.

According to Fire Chief Brian Moriarty, a call came in at 7:46 p.m. to report the blaze, which quickly elevated to three alarms.

"The fire was heavily involved on arrival," Moriarty said of the fire, which broke out adjacent to the Relief's In.

Multiple area fire departments from Andover, Haverhill, Dracut and North Andover responded to Shawsheen Court to assist with firefighting, Moriarty said. Smoke from the blaze could be seen from Route 495 and neighboring towns.

As of 8:56 p.m. the fire had caused "multiple collapses" within the building, according to firefighters on scene. At least 12 residential units were impacted by the fire, according to Red Cross spokesperson Deb Duxbury.

Lawrence City Council President Marc LaPlante, who lives about a mile away, came to support the residents in his district. He said he could smell the smoke from the fire at home.

"The first thing to do is just to make sure people are safe and protect whatever property that can be protected," he said after speaking to distraught constituents in the Relief's In parking lot.

"Lawrence firefighters are absolutely outstanding when it comes to doing the little things at a fire like this to protect people's properties," he said. "Whatever they can salvage, they're doing that because they understand how important, and what impacts these have. If you're walking, these people, obviously there's tears in a lot of people's eyes."

The area near the Relief's In served as a staging area for families to reunite with loved ones and for Red Cross representatives to meet with displaced residents in order to provide assistance such as lodging. Investigators from the state Fire Marshals office were also seen interviewing residents about the fire, while other residents passed out bottled water.

According to Mayor Kendrys Vasquez, who was on scene Thursday night to assist families, Heal Lawrence is collecting monetary donations to support the fire victims. Donations can be made online via heallawrence.org. Gift cards can also be dropped off at The Center, 155 Haverhill St., Lawrence.