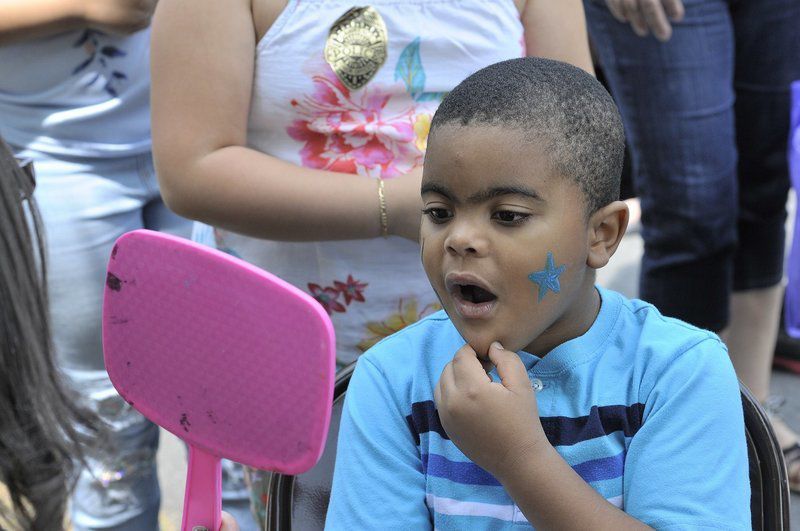 TIM JEAN/Staff photoSamual Morillo, 5, reacts to seeing his face painted in a mirror, during the 6th annual S.A.L.S.A Festival. 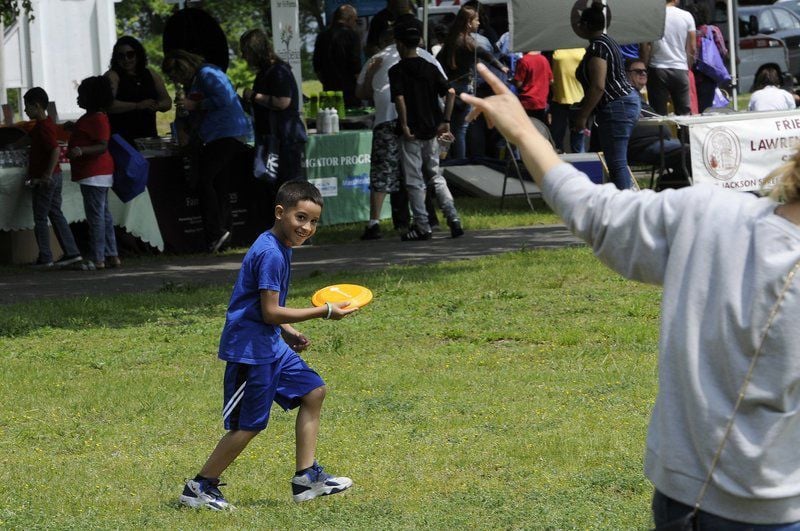 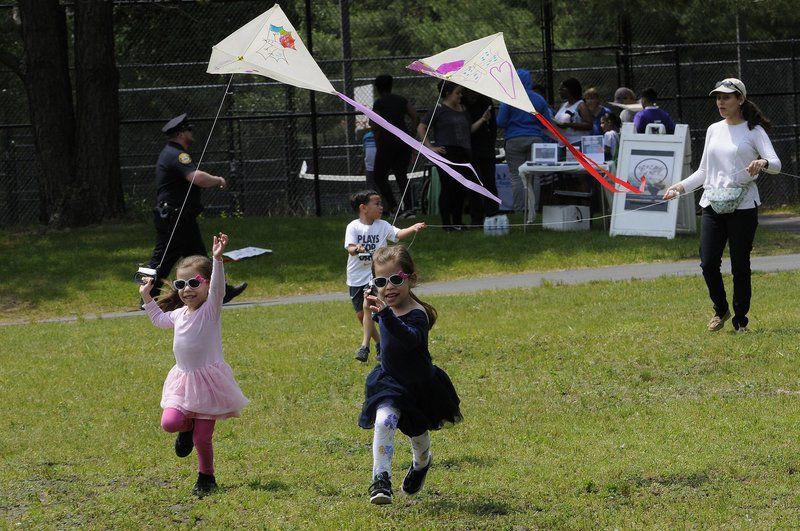 Twins Victoria, left, and Brooke Alejandro, 4, of Lawrence run with the kites they made during the 6th annual S.A.L.S.A. Festival at Riverfront Park in Lawrence on Saturday.TIM JEAN/Staff photo 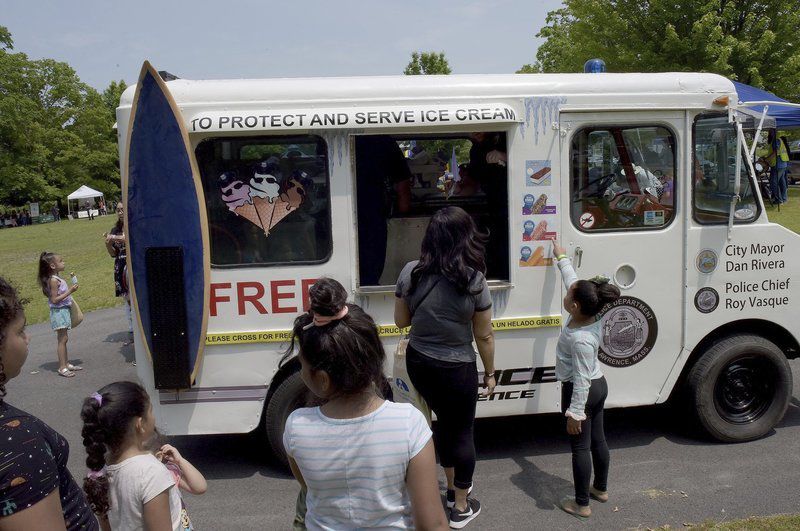 TIM JEAN/Staff photoSamual Morillo, 5, reacts to seeing his face painted in a mirror, during the 6th annual S.A.L.S.A Festival.

Twins Victoria, left, and Brooke Alejandro, 4, of Lawrence run with the kites they made during the 6th annual S.A.L.S.A. Festival at Riverfront Park in Lawrence on Saturday.TIM JEAN/Staff photo

LAWRENCE — While many people spent their Saturday catching up on sleep after a long week or lounging outside in the sun, Lawrence residents got active at the sixth annual S.A.L.S.A. (Supporting Active LifeStyles for All) Festival.

The formation of the festival, which encourages families to live a healthy and active lifestyle, stems from a report released by the Department of Elementary and Secondary Education, or DESE, in 2010.

Elecia Miller, coordinator of the Mayor’s Health Task Force, said the report showed alarming statistics, regarding the number of obese children, in Lawrence. Another report later released by DESE showed high numbers of adult obesity in the city, too.

“The numbers were alarming, and we were like ‘how are we going to get the community to figure out how they will move, and if they will move?’” said Miller.

The report prompted members of the task force to hold community conversations and team up with other nonprofits and government organizations to form the S.A.L.S.A. Festival. The sixth annual festival was held Saturday at the Riverfront Park.

With a goal of getting people active in a fun way, the festival has become a combination of popular summer events such as Groundwork Lawrence’s Kite Festival, Lawrence Public Schools’ Summer Meals Program Kickoff, and the Mayor’s Health Task Force’s Family Fun and Fitness Day.

“We want people to get outdoors, be active and make the day about family,” said Miller, adding that parents were encouraged to be active alongside their children.

Noting the understanding of the low socioeconomic community in the city, Miller said the day illustrated there are a number of ways to be physically active that don’t involve a costly gym membership.

Dozens of nonprofits and community groups lined the walkway and the park with tables, providing information in the form of flyers and posters displaying healthy eating and lifestyles as well as useful skills such as CPR training.

The center of the park was kept open with the hope of having children and families run around and participate in activities that would get their heart rates up, Miller said. Children were dancing, chasing bubbles, playing catch and even flying kites on the grass.

The kite flying, which was part of Groundwork Lawrence’s Kite Festival for years before the organizations collaborated for the S.A.L.S.A. festival, was one of the most popular events. Children were able to decorate their own kites before carefully guiding them through the air.

Groundwork Lawrence seeks to empower people to improve the quality of their lives by teaching them about fruits and vegetables and allowing access to healthier foods, among other things, according to Lesly Melendez, deputy director of Groundwork Lawrence.

“This is an amazing event that brings all partners together,” Melendez said about the festival. “It’s a way of looking at public health holistically.”

Six-year-old Suviel Almonte of Lawrence was joined by her entire family at the festival. Dancing and jumping around to the music played by the DJ, Almonte was encouraging her family to move with her.

“I love to dance,” Almonte said, noting that she is an excellent dancer.

Almonte said her favorite part of the festival was getting to go in the bounce house and glide down the slide at the park. She said she felt like she was being active and getting her heart rate up at the festival.