Area coronavirus cases: A daily report on the numbers 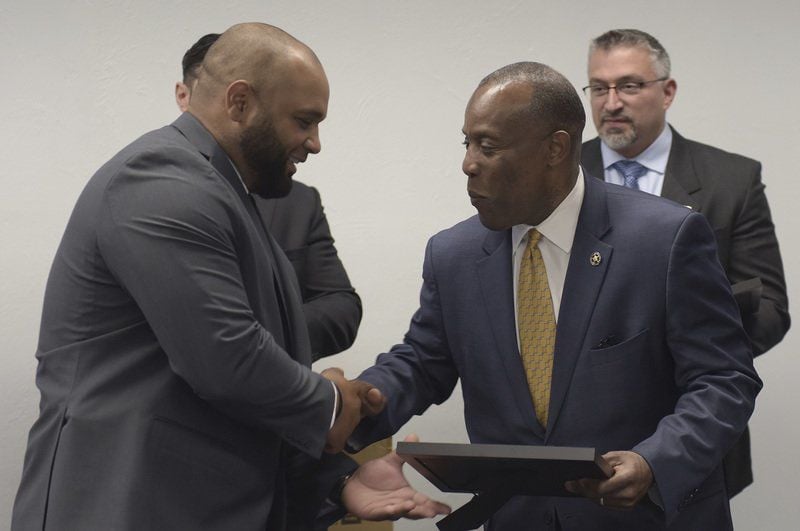 Detective Jesse Fabian, left, receives an award from John Gibbons, right, U.S. Marshal for Massachusetts during a presentation at the Lawrence police station. 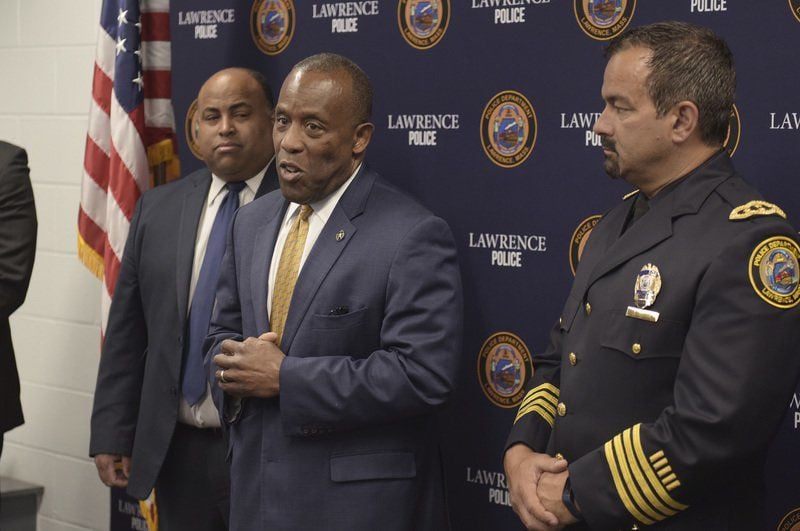 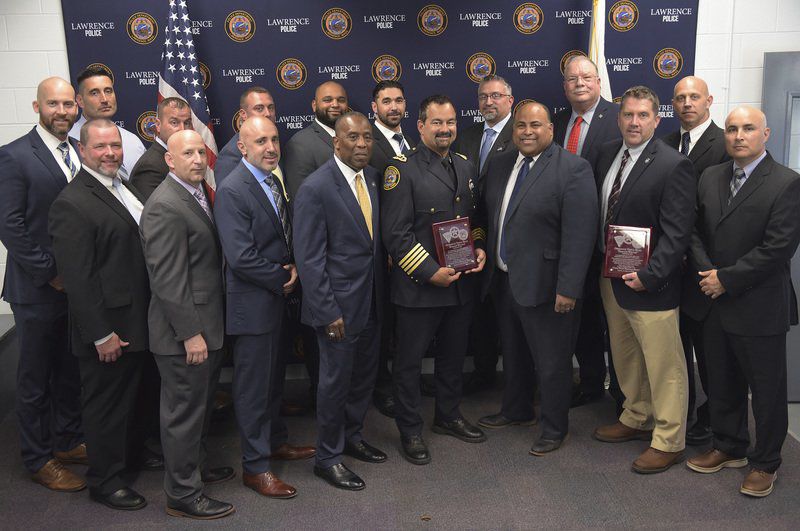 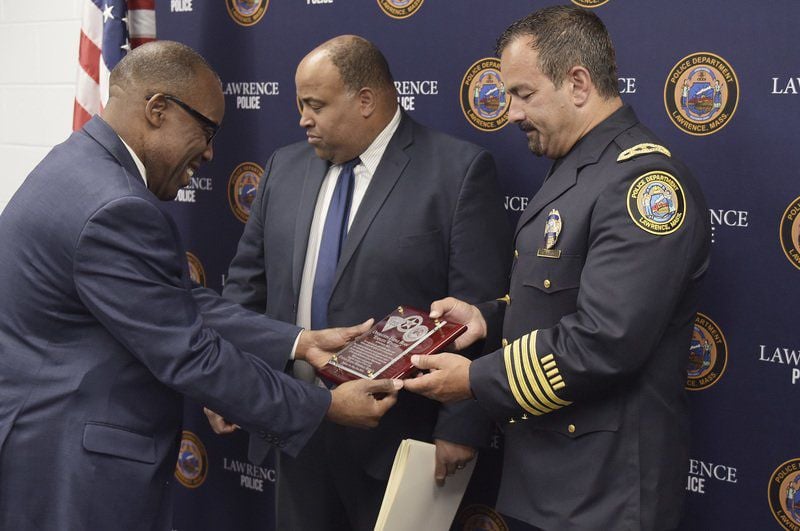 Detective Jesse Fabian, left, receives an award from John Gibbons, right, U.S. Marshal for Massachusetts during a presentation at the Lawrence police station.

LAWRENCE — They worked together for five months taking some 146 alleged violent fugitives and gang members off the streets in the Greater Lawrence area.

Lawrence, state and federal officers who participated in “Operation Triple Beam” were honored Wednesday in a brief ceremony at the Lawrence Police Department.

John Gibbons, U.S. Marshal for Massachusetts, presented the Lawrence Police Department and members of the police department’s gang unit with plaques for their service in the operation that focused on violent offenders and gang members wanted for narcotics trafficking and other serious crimes.

Mayor Daniel Rivera also thanked the officers involved for their tenacity and continued partnership in the city.

In late May, the U.S. attorney’s office in Boston announced the officers had arrested the 146 people on charges that ranged from murder, narcotics trafficking, rape – including rape and sexual assault of children – kidnapping, armed home invasions and more.

The operation resulted in the seizure of eight pistols; one semi-automatic rifle; one 12-gauge shotgun and more than two kilos of drugs, including cocaine, crack cocaine, fentanyl, heroin and marijuana.

“We are already putting those plans together for another operation in a similar fashion,” he said.