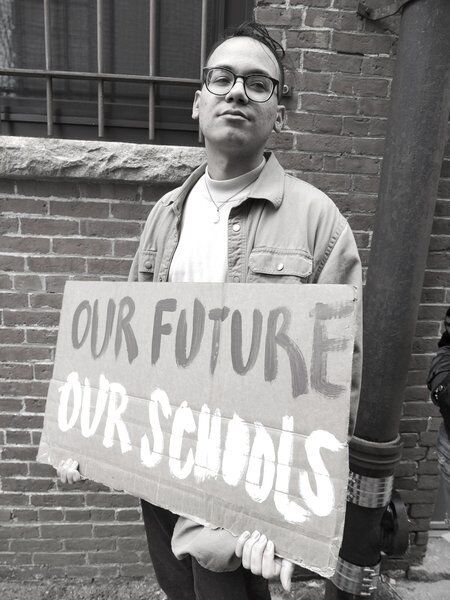 Courtesy photo/Elevated ThoughtJayvie James-Valentin took part in Elevated Thought's 2017 "What is Education" project that was eventually presented to national leaders at the United States Department of Education in Washington, D.C. 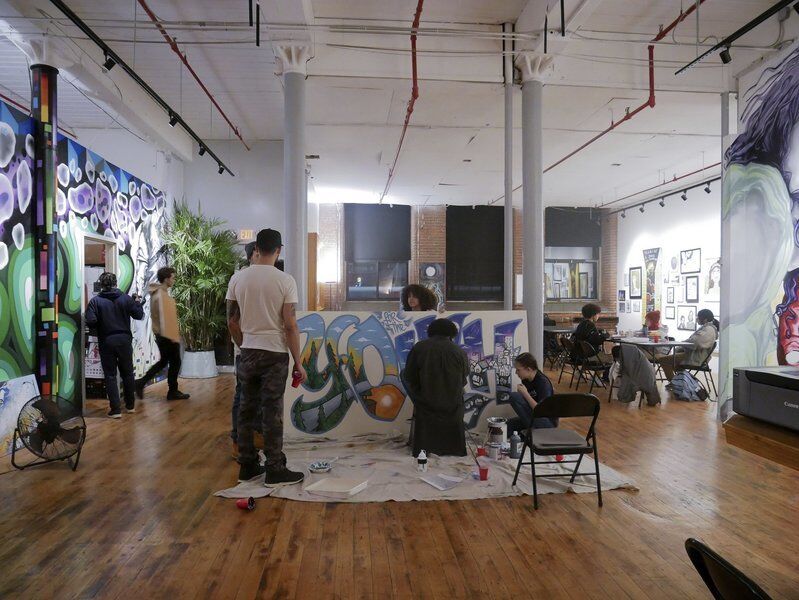 Courtesy photo/Elevated ThoughtJayvie James-Valentin took part in Elevated Thought's 2017 "What is Education" project that was eventually presented to national leaders at the United States Department of Education in Washington, D.C.

LAWRENCE — When the coronavirus crisis began last spring, countless nonprofits were forced to close offices, go remote and struggle to fundraise as reserve funds dried up. In some cases, organizations shut down altogether.

Marquis Victor, the founding executive director of the youth development and social justice group Elevated Thought, was among the groups who took programming offline while youth came out of classrooms and went in front of computer screens to learn from home.

Their efforts were recently rewarded with a $50,000 grant from the New Commonwealth Fund, created by Boston-based brown and Black executives in an effort to support nonprofits that are doing social justice-related work in communities of color.

"I'm super grateful and so excited that amid everything this year — how difficult it all has been — we've been able to expand," said Victor, who plans to use the money to hire a youth organizer to oversee Elevated Thought's activism work. "This job consists of everyone wearing a million hats. We have a bunch of collaborating artists and young people who take on work part-time, but to have breathing room to create structure is such a blessing. I'm really grateful."

Founded in 2010, Elevated Thought assists Black, Indigenous and people of color to express themselves creatively and advance social justice through art and other multimedia efforts, Victor said. In the past, Elevated Thought has done beautification projects like murals at the Lawrence Public Library and the Buckley Transportation Center.

"At our core, we really believe that art and creativity is a form of liberation and once young people get to engage and be active in their creative capacities, they'll be able to change the trajectories of their lives and be able to see the world differently," Victor said. "They'll be able to have a greater perspective of the social, economic and political worlds around them."

One of Elevated Thought's most well-known projects is the 2017 "What Is Education?" project, Victor said. Completed over four years, 30-40 youth came together to survey how the school system in Lawrence compared to that of other Merrimack Valley cities including North Andover and Andover, for example. Then, they held a community discussion, developed a "student bill of rights" and several related art and multimedia projects that illustrated their findings with support from the Mayor's Health Task Force.

Once the group's survey and other work were complete, they headed to Washington, D.C., to meet with representatives from the United States Department of Education, where an art exhibition was staged for several months.

"This is the type of work we're trying to do more of. It's all done on a shoestring budget, which is why we're so excited for a grant like the New Commonwealth Fund, because we're able to expand our work dramatically," Victor said.

Victor hopes that with Elevated Thought's new hire, additional youth will be able to have a seat at the table.

"We have no specific target. All are welcome," he explained of youth who participate in Elevated Thought's projects. When we have these discussions, you want to have the kid who has been involved with the juvenile justice system, the straight 'A' student, the queer kid: That opens up compassion and understanding of different lives and bringing people together as humans and what that means for everybody," he said. That's at our core."