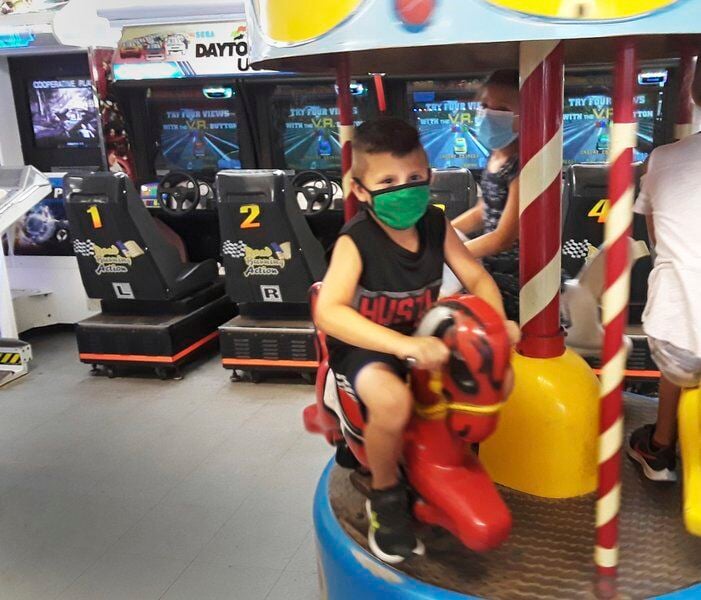 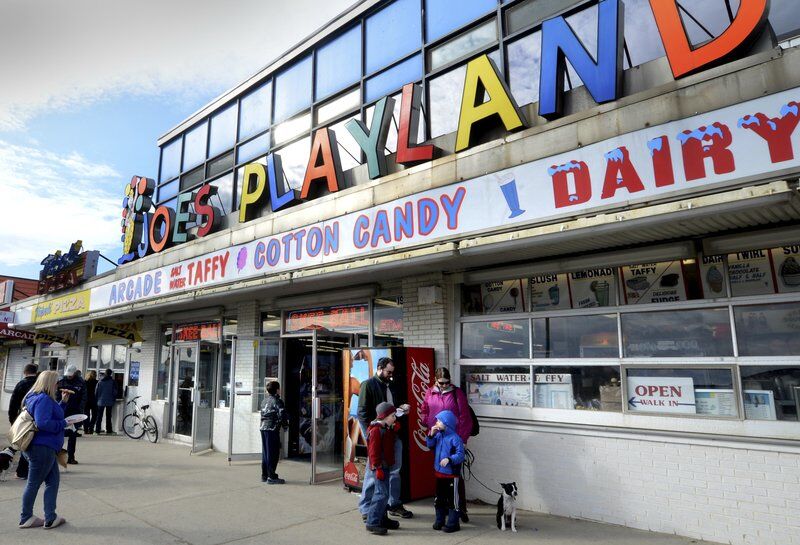 File photo. Joe's Playland was initially supposed to be able to open in Phase 3, but the state has reneged, ordering them to close until Phase 4.

File photo. Joe's Playland was initially supposed to be able to open in Phase 3, but the state has reneged, ordering them to close until Phase 4.

SALISBURY — Work to reopen a popular beach-area arcade has begun at the Statehouse.

"Joe's Playland is Salisbury Beach and Joe's Playland needs to open back up," state Rep. Jim Kelcourse, R-Amesbury, said Monday. "I will do everything in my power to see that it opens immediately."

Joe's Playland has been a fixture at Salisbury Beach for over 100 years and the family-owned arcade was in the process of slowly reopening with reduced hours when it was closed down by the state late last week.

Arcades had initially been placed in Phase 3 of Gov. Charlie Baker's reopening plan. But the state had moved arcades into Phase 4 in early July, forcing Joe's Playland to close until a COVID-19 vaccine is found.

Joe's Playland owner Fred Abdulla told The Daily News that his family had spent between $20,000 to $30,000 on new sanitation and safety features this summer and he was forced to lay off roughly 25 employees after the state informed him he would have to close last week.

"I feel for the people that we had to let go," Abdulla said. "A lot of them are college kids saving for their tuition and things like that. We're hoping to get them back on as soon as we can."

Town Manager Neil Harrington said in an email Monday that the town supports reopening Joe’s Playland, which he said was the victim of an anonymous complaint to the state.

"In good faith, they prepared to open in Phase 3 by taking all the necessary precautions and following all the protocols set out by the state," Harrington said. "The arcade has been operational for a month, with no complaints that I am aware of from customers, and we were surprised that an anonymous caller complained to the state. I am hopeful that their case will be reconsidered and they will be allowed to reopen for the remainder of the summer season."

Kelcourse said Monday that he joined state Sen. Diana DiZoglio, D-Methuen, and the Abdulla family on a conference call to talk the situation over with Lt. Gov. Karyn Polito on July 31.

"If the (Encore Boston Harbor) casino can reopen, then Joe's should be open. Casinos have the same type of touch surfaces that arcades do," Kelcourse said. "The Abdulla family has followed all of the guidance and played by all of the rules. They did everything they were supposed to do and, in my opinion, they went above and beyond the protocol. I just don't think it's reasonable to move arcades into Phase 4 because a place like Joe's Playland has done everything they are supposed to do."

Kelcourse went on to say that his family had recently visited Joe's Playland and he was impressed with the lengths at which the Abdulla family had gone to keep the arcade safe.

"Joe's Playland is a family owned and operated business and has been for years," Kelcourse said. "My mother and two boys were there last week. I used to go there when I was younger and you can't ask for a better family that truly cares and gives back to the community than the Abdulla family."

According to Kelcourse, Polito told him and the rest of the people on the conference call that she will "will be looking into it."

"(She) assured the Abdulla family that she will go back into the (state Reopening Advisory Board) and the Baker/Polito administration will be looking at this closely," Kelcourse said.

DiZoglio said in a written statement that she "wholeheartedly" supports Joe’s Playland.

"Joe’s Playland made significant financial investments to the infrastructure of their facilities and exceeded the requirements of what was needed to ensure social distancing and proper sanitation," DiZoglio said. "Their updates were approved by the Board of Health. As a small business that has called Salisbury Beach home for more than 100 years, Joe’s Playland will now need to lay off most of its staff. They will lose most of their revenue this year. This is devastating not only to the small business but for Salisbury Beach itself."

A call and email placed to the governor's office were not returned on Monday.

"(Polito) did say that she was very sympathetic to our situation," Abdulla said. "She did say she would look into it."

Abdulla also said that he has been very moved by the support he has received, both by his state legislators and the town, as well as from his customers.

"So many friends and a lot of merchants are coming up to us and telling us that the beach is not the same without us open," Abdulla said. "They say that people are leaving because we are not open and it is a different vibe here without us."

Staff writer Jim Sullivan covers Amesbury and Salisbury for The Daily News. He can be reached via email at jsullivan@newburyportnews.com or by phone at 978-961-3145. Follow him on Twitter @ndnsully.