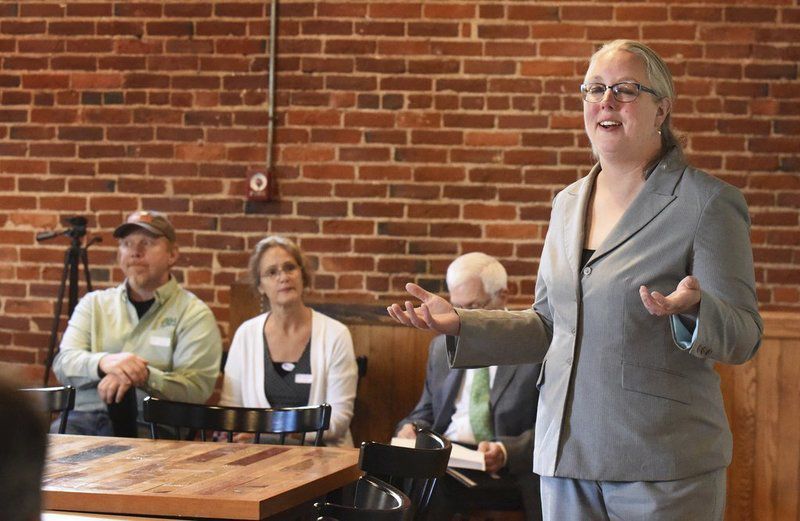 BRYAN EATON/Staff photoTriton Regional School Committee member Nerissa Wallen was one of the featured speakers during the "SenaTOUR" on Tuesday and spoke about education. 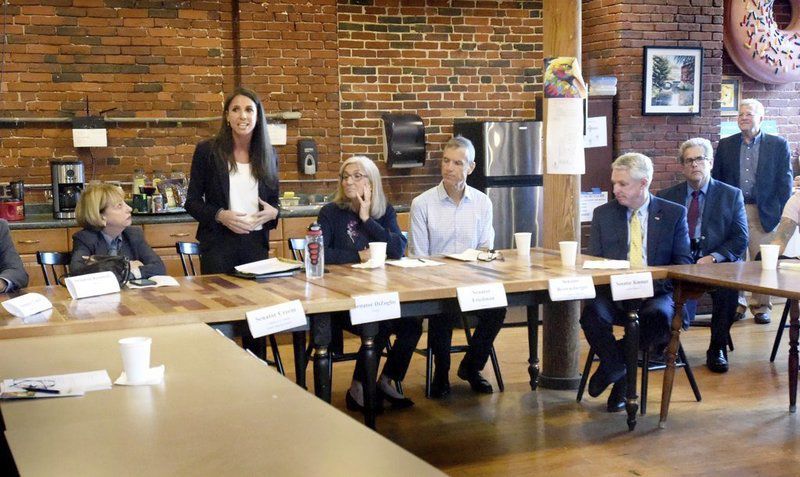 BRYAN EATON/Staff photoTriton Regional School Committee member Nerissa Wallen was one of the featured speakers during the "SenaTOUR" on Tuesday and spoke about education.

AMESBURY — The Merrimack River Watershed Council has raised awareness about combined sewage overflows, but still has a long way to go to get help from out of state.

Millions of gallons of untreated sewage has been discharged into the Merrimack River from treatment plants from Lowell upriver to Manchester, New Hampshire, an issue outlined for a group of state senators who came to Amesbury on Tuesday for a “SenaTOUR” hosted by Sen. Diana DiZoglio.

The day began at CI Works on Chestnut Street and although public education and small-business concerns were covered, the CSO topic received the most discussion from state lawmakers.

John Macone, interim co-director of the Merrimack River Watershed Council, gave a presentation in which he said Manchester has been responsible for the largest CSO discharges with Lowell running second.

“These older cities like Lowell or Lawrence or Manchester, when you have these huge rainstorms, their sewage systems collect all of the water off of the streets,” Macone said. “They can’t handle it and they dump the sewage directly into the river. People are swimming and boating in a ton of sewage.”

“The next largest source of drinking water is the Quabbin (Reservoir), which is pristine and beautiful, and the Merrimack, not so much,” Macone said.

This summer, the Watershed Council organized a four-day, 117-mile kayak trip down the river from Franklin, New Hampshire, to Plum Island to raise awareness about the river and CSOs as a particular concern.

“We are trying to connect the two states,” Macone said. “For example, Manchester was dumping into the river and wouldn’t let people know at all. On this trip, they decided they were going to announce that, ‘Well, we’re going to start telling people.’ So that was a big step.”

“About 25 years ago, Cambridge started the process of fixing that,” Friedman said. “They are just finishing. So, it is a huge problem.”

Money “is a problem,” Macone said. “This is something that these communities can’t afford. The federal government should step in to find a solution.”

“No matter what Massachusetts does, it is really important that New Hampshire participate in that as well,” Kennedy said. “Although the kayak trip was very good at raising awareness, I think that New Hampshire needs to get more involved than they are right now.”

The Merrimack River Watershed Council’s relationship with New Hampshire is “evolving,” according to Macone.

“All of these issues we can solve, to an extent,” Macone said. “It’s a matter of money and a matter of planning between New Hampshire and Massachusetts.”

“There has been some pretty good reachout with the congressional offices and the U.S. Senate,” he said. “They get it but it is the (state) Legislature that is not quite yet there.”

The senators also took a boat trip to downtown Newburyport on Tuesday, making stops at the Salisbury Beach State Reservation and Plum Island, where they were scheduled to discuss beach erosion and programs to replace sand on beaches.