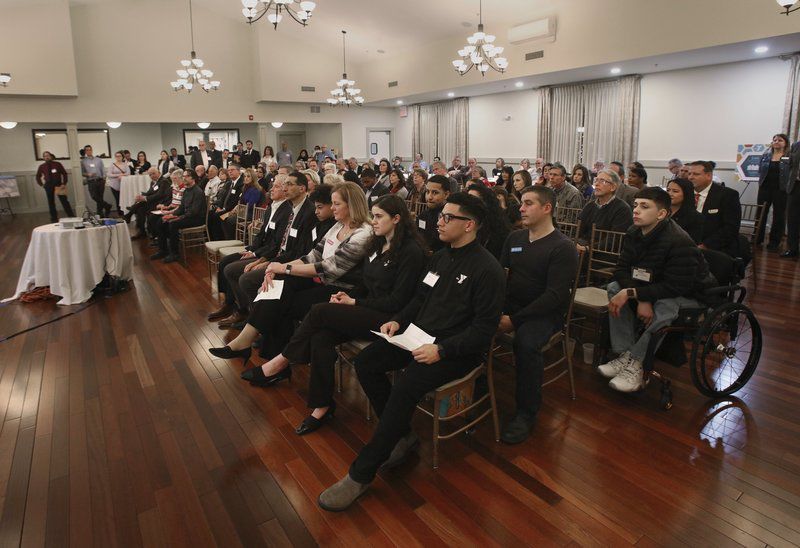 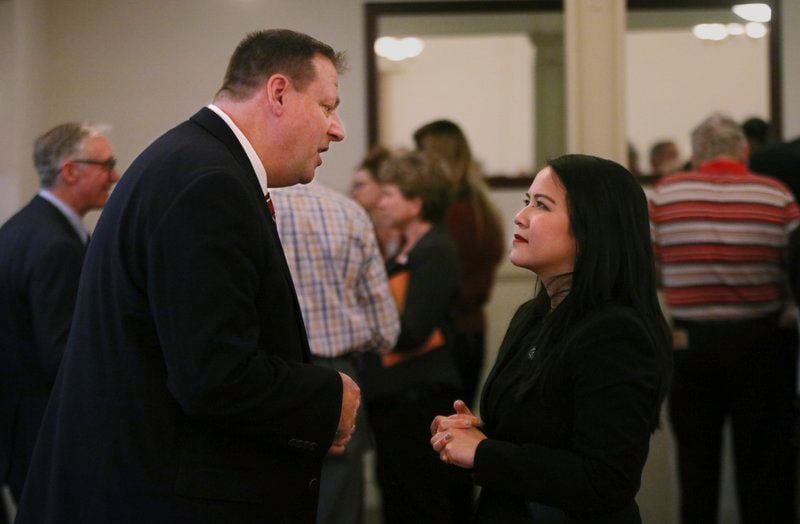 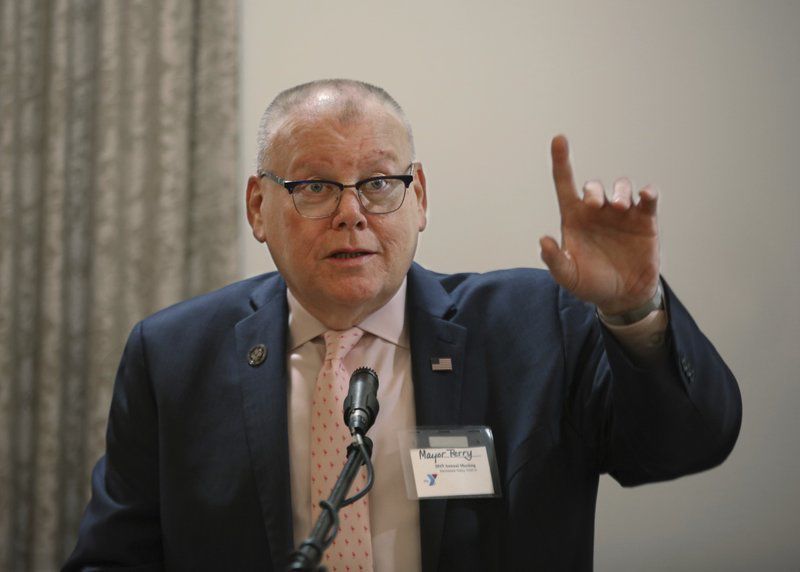 METHUEN — Marilyn Fitzgerald of Andover has been volunteering for the Merrimack Valley YMCA for 50 years – and she shows no sign of slowing down.

Fitzgerald was among the volunteers honored at the YMCA’s annual meeting Thursday evening at Merrimack Valley Golf Club. The YMCA also highlighted three of its programs that help people in the community, including the newly established wheelchair basketball games at the Andover/North Andover YMCA.

“It has been a love affair,” Fitzgerald said of the half century helping her favorite organization. She has taught swimming and lifesaving, and coached swim teams.

Fitzgerald has also worked on fundraising campaigns and recruited other people to get involved with the YMCA.

She serves on the boards of trustees and directors and the finance and strategic planning committees of the Merrimack Valley YMCA, which operates branches in Lawrence, Andover/North Andover and Methuen as well as Camp Otter in Salem, New Hampshire.

Four other volunteers were also recognized. Sue Doyle lives in California, but spends her summers in Salem and helps out at Camp Otter in a variety of ways, according to Anne Whalen, director of camping services.

Julie Brady, Henry Calderon and Felix Garcia were recognized for their fundraising efforts at the Methuen, Andover/North Andover and Lawrence branches, respectively.

The Enrichment Program gives Lawrence schoolchildren opportunities to learn how to swim, do arts and crafts and play music.

“There’s more to life than learning to read and do math,” Wetherbee School Principal Colleen Lennon said in the video. Her students participate in the program.

The food pantry is available Thursday evenings and helps people with limited incomes.

Wheelchair basketball is offered at the Andover/North Andover YMCA from 5 to 7 p.m. on Tuesdays. The program began earlier this month and is the only one of its kind in the Merrimack Valley, according to Stacey Consiglio, youth and family program director at Andover/North Andover.

Wheelchair basketball benefits people who can’t use their legs. Players who do have functioning legs get into wheelchairs and participate.

Everybody has a great time, according to Laurianne Vermette, whose two sons participate in the program. Alex lost the use of his legs after being shot. Zachary can walk, but enjoys getting into a wheelchair and darting around the court along with his brother Alex and other players.

Spaulding Rehabilitation Hospital lends wheelchairs for the program. Consiglio stressed that it is important for those who are physically disabled to be as active as possible.

Frank Kenneally, who has been the CEO for the Merrimack Valley YMCA for a year, said one of the organization’s goals is to make it “accessible for all.”

“Our organization is led by the community,” he said.

Peter Lafond, chairman of the board of directors, said the YMCA has provided $4 million in aid to struggling families in the past year.

Mayor Neil Perry, who took office only a few weeks ago, expressed his determination to make Methuen a city of which everyone can be proud.

“Never forget that your mission is about community,” he said.

The Merrimack Valley YMCA’s next big event is its 29th annual auction, which will take place March 21 at 6 p.m. at the DoubleTree by Hilton Boston-Andover, 123 Old River Road, Andover.