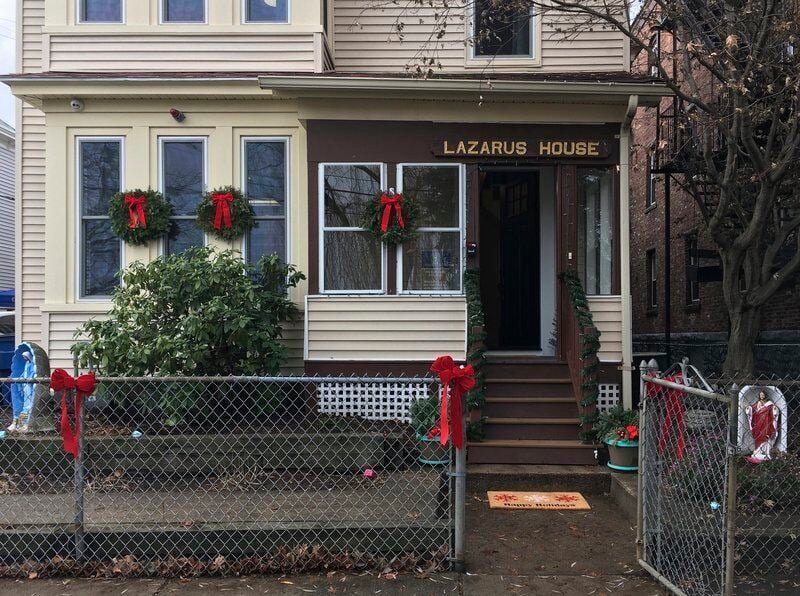 ALLISON CORNEAU/Staff photoThe Lazarus House family shelter on Holly Street in Lawrence is ready for the holidays after being decorated by volunteers. 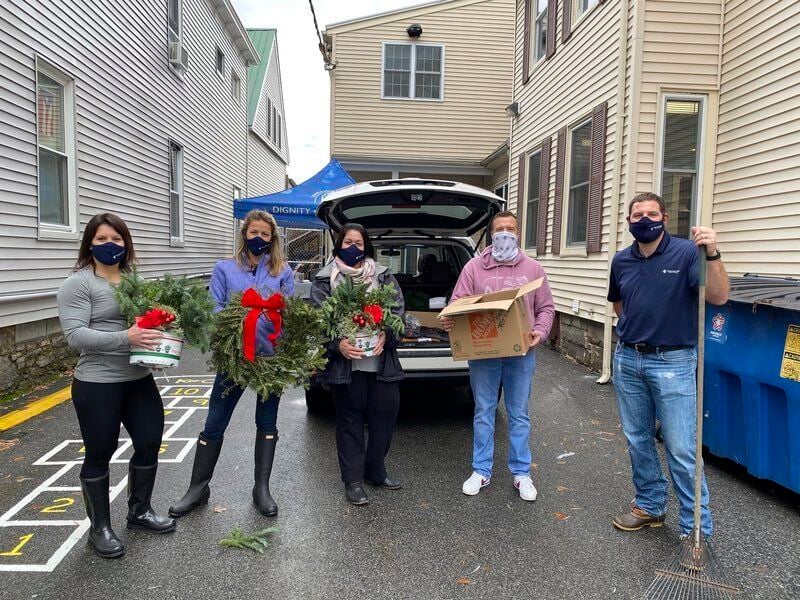 Courtesy photoEmployees from Touchstone Closing and Escrow in Andover volunteered to hang wreaths and put up other holiday decorations at the Lazarus House family shelter in Lawrence. Helping are, from left, Chrissy Bernardini, Lauren O'Shea, Rayna Girard, Jack O'Donohue and John Chiesa. 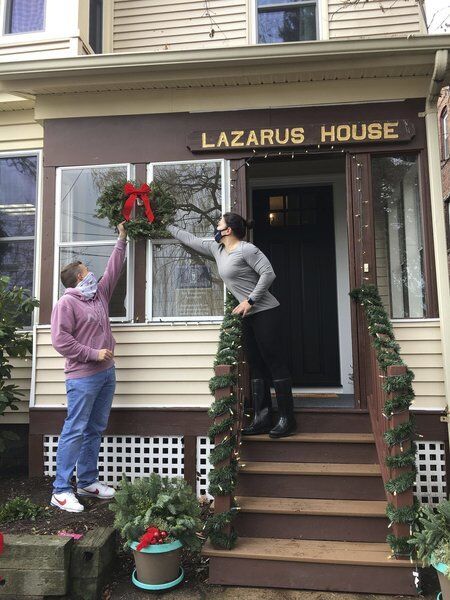 ALLISON CORNEAU/Staff photoVolunteers Jack O'Donohue and Chrissy Bernadini hang a holiday wreath on the outside of the Lazarus House family shelter. 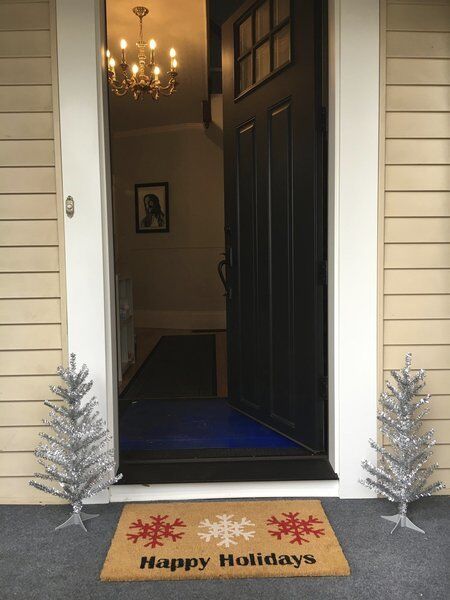 ALLISON CORNEAU/Staff photoThe Lazarus House family shelter on Holly Street in Lawrence is ready for the holidays after being decorated by volunteers.

Courtesy photoEmployees from Touchstone Closing and Escrow in Andover volunteered to hang wreaths and put up other holiday decorations at the Lazarus House family shelter in Lawrence. Helping are, from left, Chrissy Bernardini, Lauren O'Shea, Rayna Girard, Jack O'Donohue and John Chiesa.

ALLISON CORNEAU/Staff photoVolunteers Jack O'Donohue and Chrissy Bernadini hang a holiday wreath on the outside of the Lazarus House family shelter.

LAWRENCE — A touch of Christmas came early at the Lazarus House shelter this year.

The early arrival was courtesy of five staff members from an Andover business who decorated the shelter last week, just in time for new residents to move in.

O'Donohue — along with Chrissy Bernadini, Rayna Girard, John Chiesa and Lauren O’Shea — spent several hours at the recently renovated Holly Street shelter sprucing it up with wreaths, garland and lights. The group also took care of light landscaping and yard work, and plans to do other volunteer work there in the coming months.

Recently renovated, the shelter, which was originally a home for individuals, how consists of five family suites which can accommodate up to 25 people in total. Each suite includes a bedroom, living room and bathroom, and can serve as an isolation unit if the need arises during the pandemic.

Giving to the Lawrence shelter is personal for O'Donohue, who lives in Andover but has strong ties to Lawrence.

"My father is from Lawrence and my grandfather was a police officer here for his entire career,'' O'Donohue said. Lazarus House provides food, housing and shelter for people to get a fresh start, and that means a lot to me personally and to us in our industry — we help people with housing — and (volunteering there) seemed like a no-brainer.

"For us it's going to be a very consistent partnership over the foreseeable future,'' he said. "It doesn't take a lot of time or money to make a difference."

Bernadini, a Touchstone staff member who lives in Methuen, is a frequent Lazarus House volunteer. She has adopted a family from the shelter during the holidays for the past several years as part of the Project Bethlehem gift-giving program. Due to the COVID-19 crisis, Bernadini said she'll miss shopping for clothing and toys to give her adopted family this year, and instead will give a gift card, as the shelter requests.

Bernadini said she was thrilled to be returning to the shelter as part of Touchstone group.

"I'm so fortunate to be with a company that supports the same initiatives that I like to do," she said. "I just joined the company and this is an amazing opportunity. Hopefully it's a nice surprise for the families. We want to make it extra special."

The Touchstone volunteers prepared the shelter for the arrival of families in the coming weeks, according to Lazarus House Volunteer Coordinator Marcy Furse.

"Seeing volunteers in action again is a really good feeling. We could not do it without their support," Furse said. "Local support from folks that have been part of our other programs is great. It might not feel like much to the volunteers, but they're bringing hope to the guests."

Furse said Lazarus House continues to look for volunteers and has many opportunities to help, both in-person and virtually. She suggested starting small and thinking of everyday tasks the shelter might need help with, easy ways to assist and make a big impact.

"People may have had a standard way they were volunteering or working, but right now, you have to be creative," she said of how the pandemic has forced changes. "We recently had an artist come repaint our statues. What a gift. Think of a talent or passion you have. We're really open to new ideas."